As recent as the early 2000s, it was still taboo to talk about periods, breasts and unplanned pregnancies on Malaysian TV.  That is, until a TV show named “3R” — which stands for Respect, Relax and Respond — came along. Part infotainment, part talk show, always empowering — 3R was a conversation starter for girls, women and men.

Born out of a concern over the number of women becoming infected with HIV, the show would go on to challenge the censorship board (they had to pixelate the earring on a young man’s earlobe), change how TV ads on menstrual pads portray women (women are just as capable although they menstruate) and win awards (such as Best Infotainment Programme Award at the Asian Television Awards).

Kartini Ariffin was one of the hosts of the groundbreaking show. Since then, she has gone on to become a radio presenter and a Goodwill Ambassador for UNICEF Malaysia, win a Chevening Scholarship, and is  right now earning her PhD in Communications, Media and Gender.

We caught up with her to learn more about her education, her Chevening Scholarship experience, and what more needs to be done to empower women in Malaysia:

So, talk to us about your interest in media broadcasting. Is there a story behind this?

There’s no personal story behind this because I started off as an accountancy graduate at the University of East Anglia in Norwich, UK. I worked for an audit firm at the time called PwC and I stumbled upon broadcasting per chance when I began looking at other jobs.

I was young and wanted to see what more I could do in life. At the time, there was an audition for a TV programme called 3R (Respek, Relaks, Respon) which was all about women empowerment. I had just come back from my postgraduate studies and I wasn’t really aware of what the show was.

To cut the long story short, I went to the nationwide audition that had participants from all over the country. The finale was broadcasted on national TV and by god’s will, I won it. This was back in the early 2000s which had me venture into production in the frontline role as a TV host.

After there it just grew and in 2006, I decided to apply for a Chevening Scholarship because my educational background was not in broadcast or media.

Walk us through what it’s like to apply for a Chevening Scholarship.

I went through and looked at all the opportunities available in my country and I applied to as many scholarships as possible. This was because it wasn’t easy to fund the whole education myself.

I tried looking at government and uni scholarships. My previous colleague (who left the TV programme to pursue script writing in the UK) was how I got to know about the Chevening Scholarship within my circle.

My first application wasn’t successful but I stayed persistent and was determined to go through the process again. The second time around, I got to be one of the 26 recipients from Malaysia embarking on a journey to the UK.

Back then, everything was through hard copies so you had to type out your essays, fill in the application form, print out two copies and then physically submit it. I got shortlisted for an interview and in September, I left for the UK to do my master’s in broadcast journalism at Goldsmiths College at the University of London.

What made you choose the Goldsmiths College at the University of London?

I wanted to go to one of the best schools for media. I discovered through research that Goldsmiths is the premier one in the UK.

While I did look at unis in Westminster, Bournemouth and Brighton, Goldsmiths specifically focuses on media and fine arts. I wanted to be in a community and network of people in the creative industries.

Walk us through winning the McC Rising Star-Most Promising Media Leader of the Year award and what you strive for with women empowerment.

Basically, when I received this award in 2017, I was fortunate enough to be invited to be the pioneer at IM4U which is the first youth radio station that combines youth and volunteerism. This came from the chairman asking me to open up a radio station for Malaysia because of my background in 2014.

I was really excited to be given this challenge and this opportunity for social impact. My work started in the early 2000s where I’ve always been about women empowerment and the youth.

Working in a hybrid form of entertainment combined with social cause (where we would chat and drop music) was a cool way to bring up interesting conversations. We also looked at cultivating and glorifying volunteer work for youths by doing seminars and workshops for underprivileged and minority groups.

What about your impressive career trajectory? Why do you think women empowerment is important in a country like Malaysia?

I never planned for my career to end up as it did. I think leadership comes from the heart and following your instincts. Reflecting on my true purpose in this world made me realise I wanted to make a difference that goes beyond just myself.

I think those thoughts throughout the years have brought me to where I am today. I always believe to go with my gut feeling like when I left accounting to join the media industry and advocate for women empowerment. No regrets! 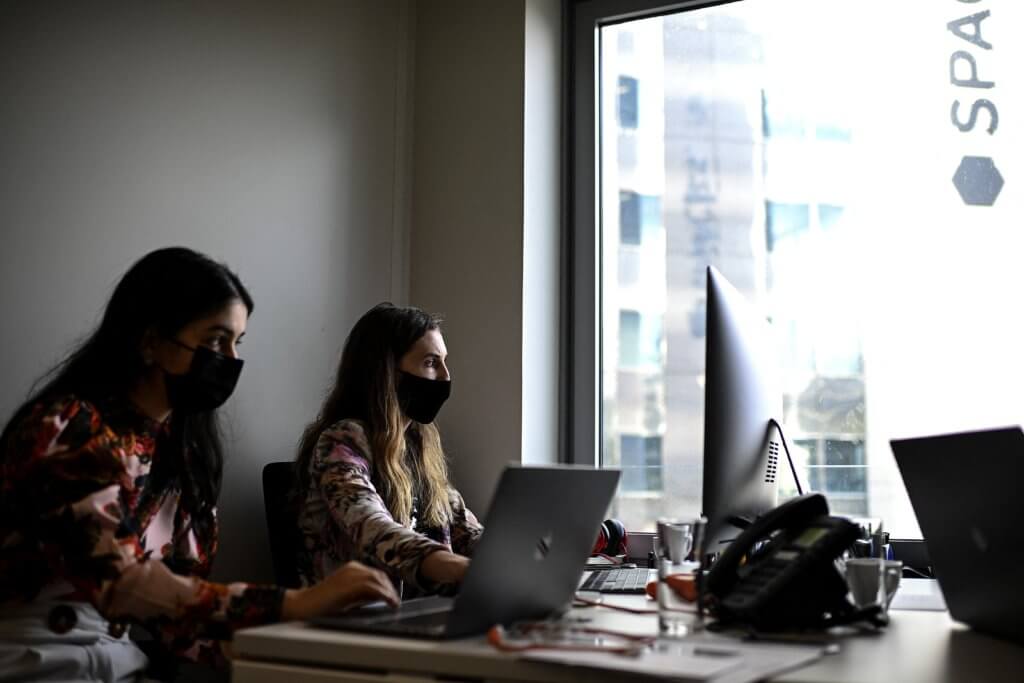 “In Malaysia, women make up 50% of the population and we’ve contributed so much in all types of industries and fields,” Ariffin says. Source: Christophe Archambault/AFP

Currently, I’m also pursuing my PhD in Media and Gender. Women empowerment is not only important for a country like Malaysia but it’s important on a global scale.

Women have always been in a position of disadvantage and we have a long way to go before we get equality in terms of income and opportunities. It’s sad to say that only one woman out of 100 equals the wealth of the world.

In Malaysia, women make up 50% of the population and we’ve contributed so much in all types of industries and fields. Our voice is made to sound so small which is something I try to bring up through media and is a way to give people the power to be heard.

I can’t believe that in 2021, we’re still talking about dual responsibility especially in a pandemic when we’re working from home. Women have to create income for their families and at the same time, manage the household.

I’m not saying men do not help at home but, there is, for now, this phenomenon which is proven through research that there is more dual responsibility for women (especially if they also have to look after their elders).

The responsibilities between genders are definitely not equal and are probably due to the upbringing we’re used to. Malaysia is a country where men are made to think doing housework is shameful.

I think I could talk about issues leading to me advocating for women empowerment all day and why it’s so important but I think you get the gist!

How do you use the knowledge and skills gained in your course now?

Three years ago, I started my own business. The one thing that has benefitted me was my network. I got to know powerful journalists and people in the broadcast industry from all over the world in my class at Goldsmiths.

One of them is the producer of BBC Scotland, another a TV anchor in Brazil, and another a filmmaker from China. The most wonderful thing was the exposure I got and to this day, I still keep in touch with them. 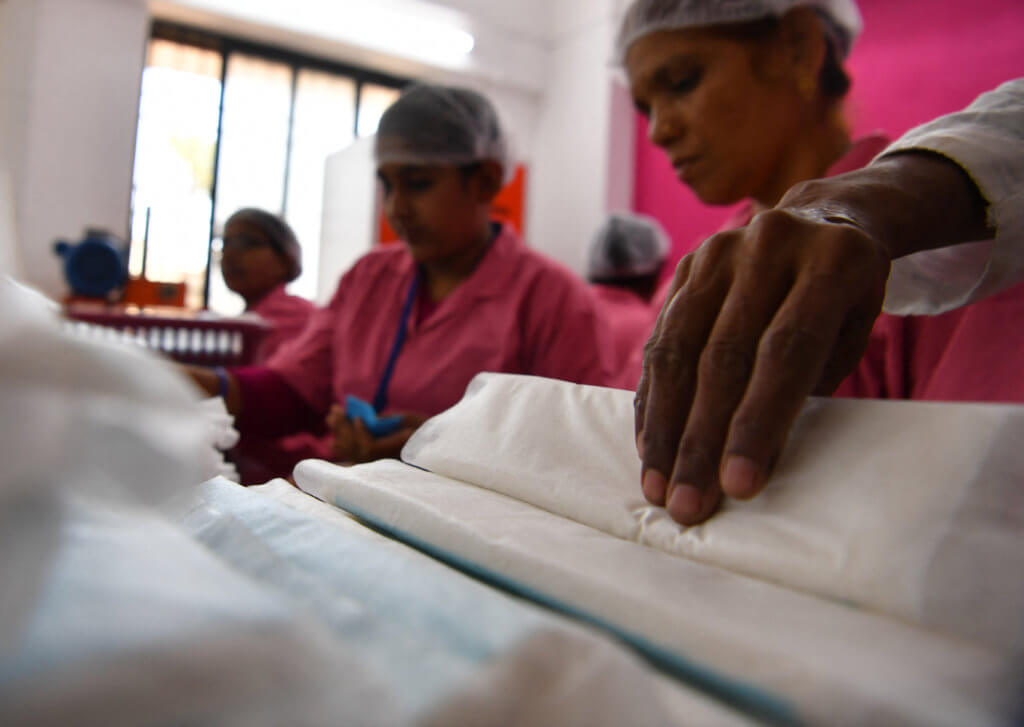 “Women have always been in a position of disadvantage and we have a long way to go before we get equality in terms of income and opportunities,” she says. Source: Indranil Mukherjee/AFP

Is there anything you wish you learned more during uni?

I wish there was more digital knowledge at the time because the virtual world wasn’t a big thing. To add to that, there was very little internet access on campus.

Having said that, I was blessed to be surrounded by people like my lecturer who works at BBC and guest lecturers who come from the industry to give us their insights.

What advice do you have for students looking to apply for a Chevening Scholarship or study in the UK?

You need to convince yourself and the panel that you are a deserving candidate. This should be shown on your goals for social impact and nation-building — it’s all about giving back.

The most important thing is learning the culture and being open. Experience everything you can and don’t let your mind limit you.

I’m already in my 40s but I love this question because it makes me visualise that in 10 years I would like to be travelling around the world. I would love to share my knowledge by attending and speaking at conferences.

I would also love to learn anything related to meditation, culture, history, and anything in the subject of personal growth.

What did you miss from home while you were abroad?

I missed home a lot, especially during winter. I missed my friends and the community because it can get quite lonely. Also, back then the internet wasn’t as strong as it is today where you can easily keep up with family members and friends at a call away.

The only thing you can do is to find other things that make you happy. So, I found doing sports, working in sales, being a cook, picking strawberries and working at Tescos all a good distraction. These are all experiences money can’t buy, so embrace them all. 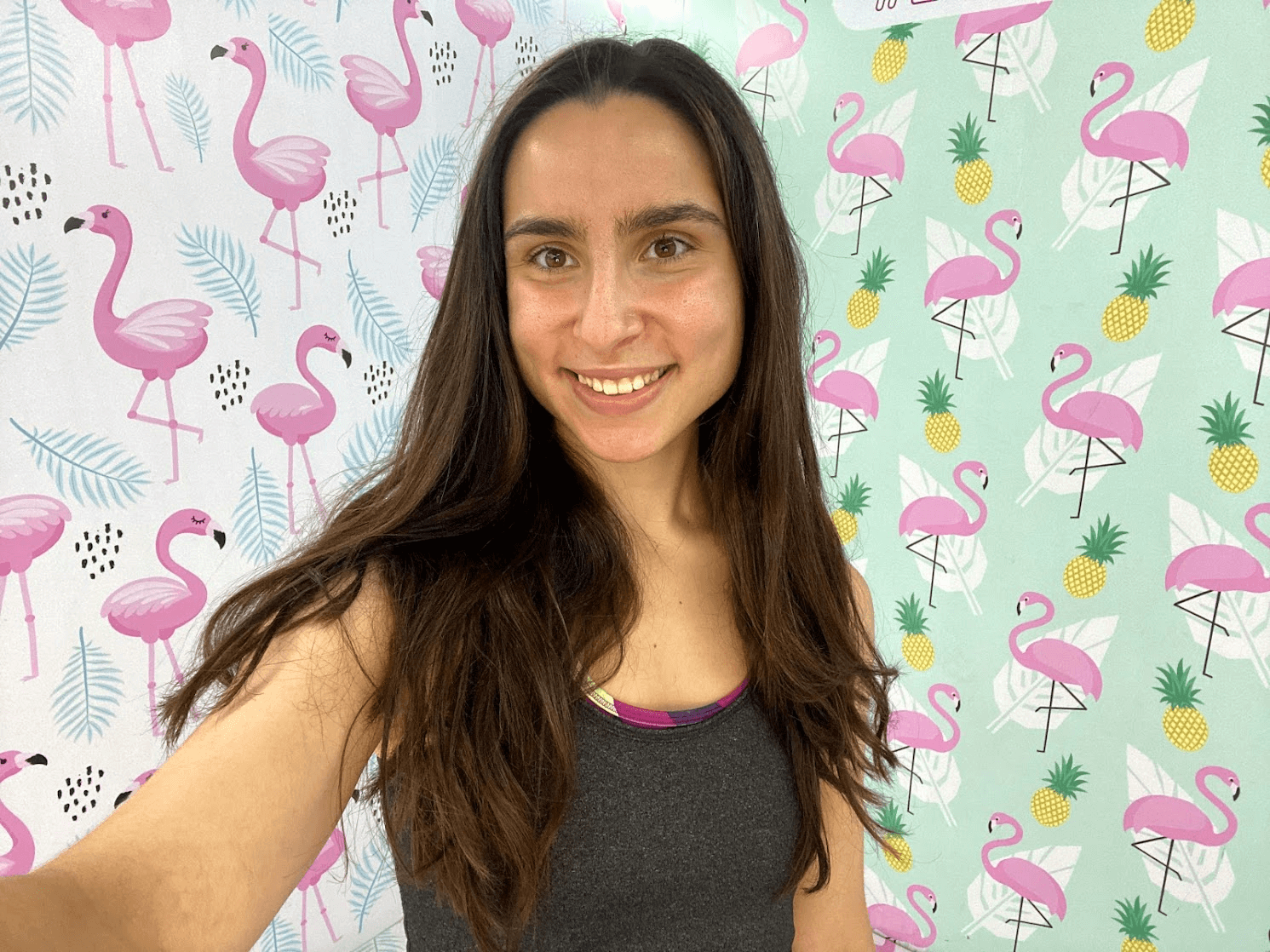 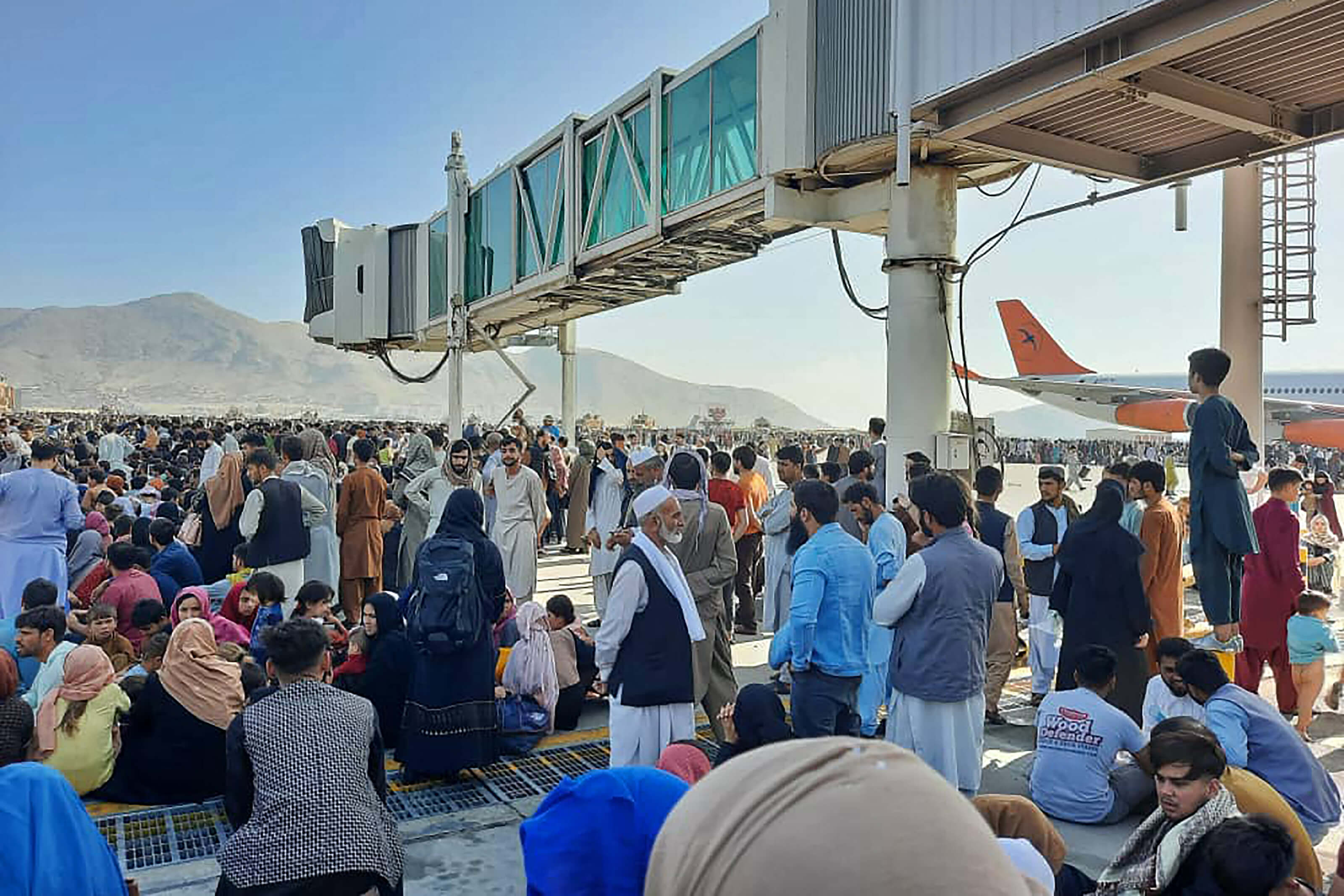 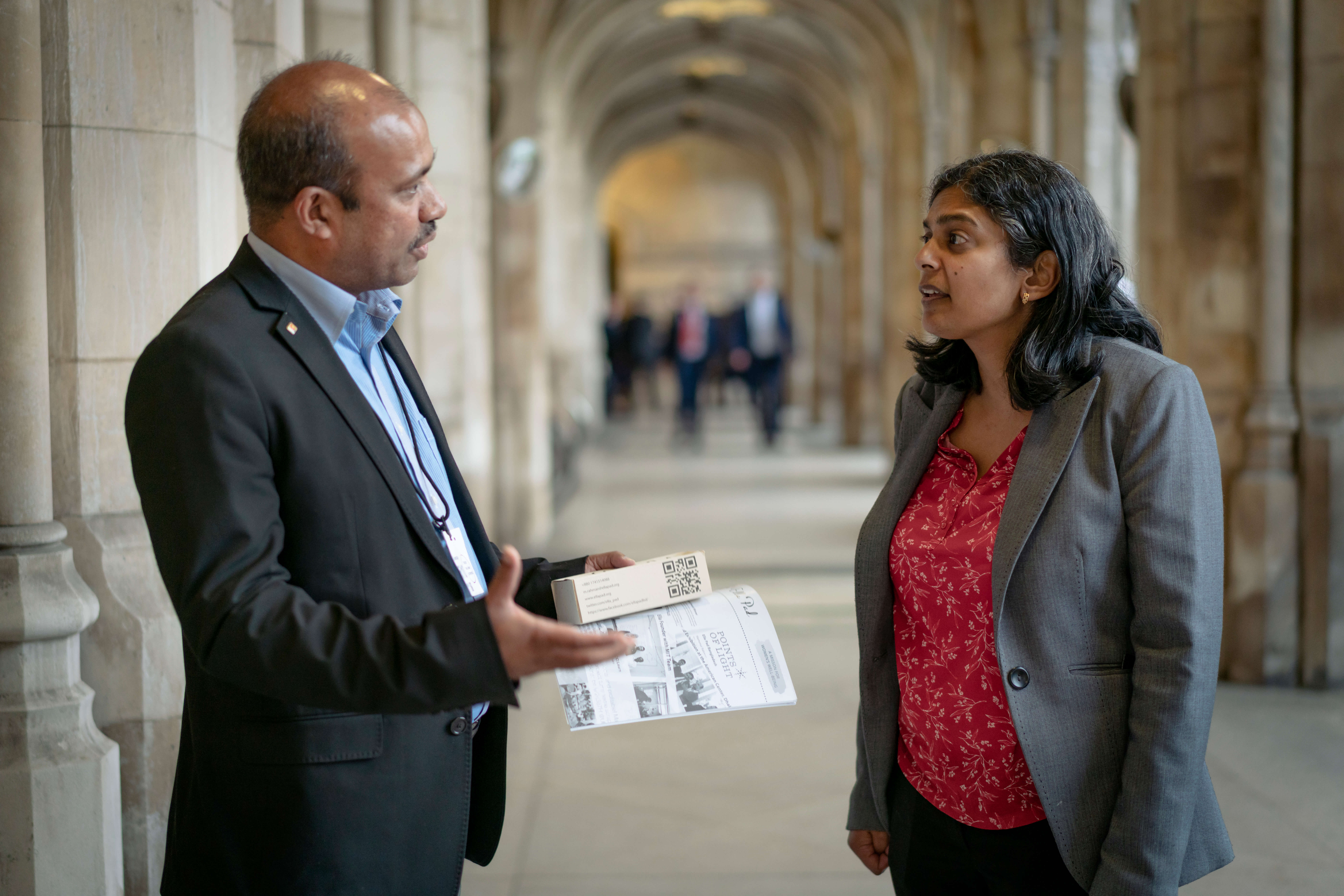 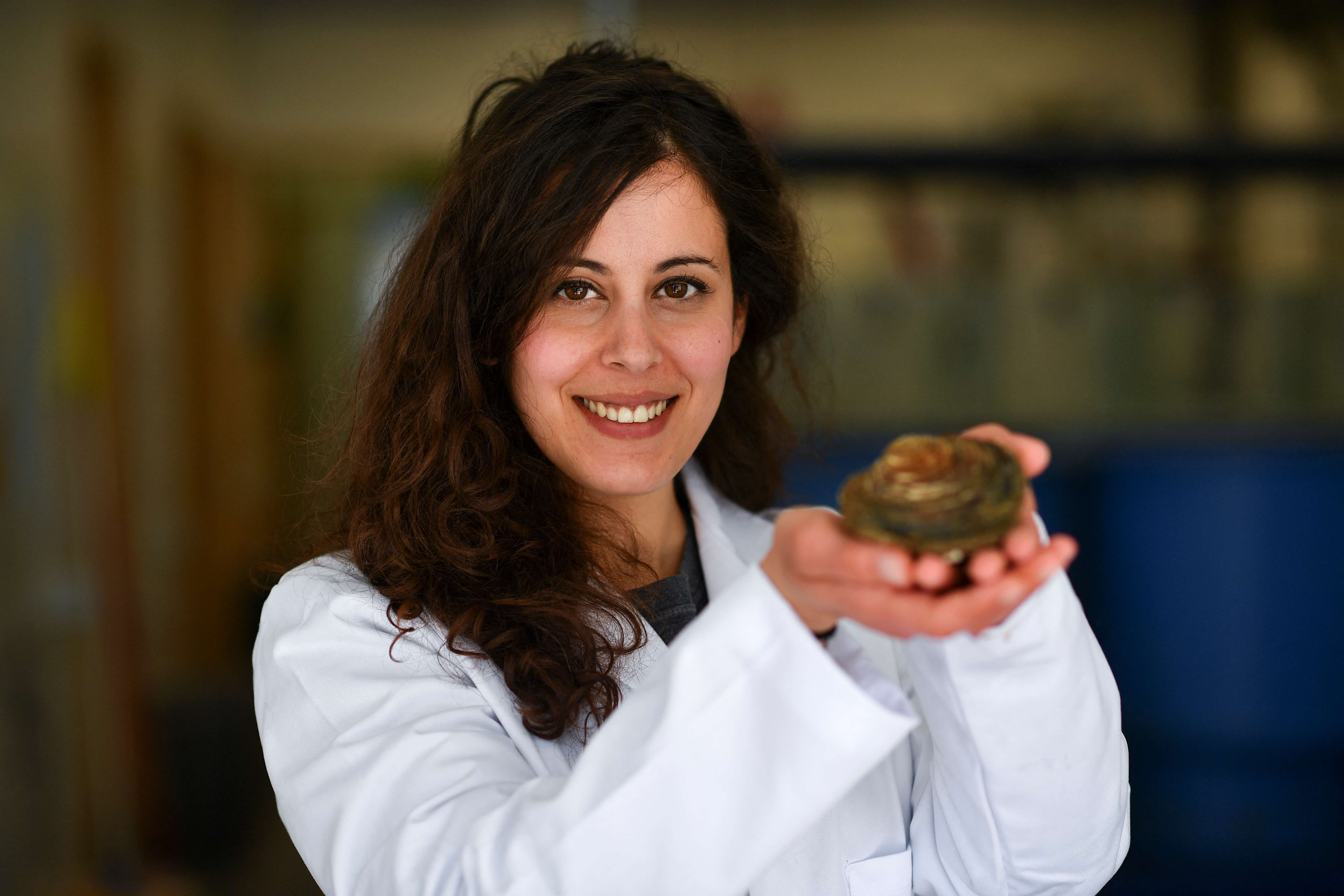 Is it a good time to be getting a PhD? We asked those who’ve done it