A level results: Government’s u-turn has left universities in the lurch

The UK government has performed a U-turn on A level exam grades, awarding students in England the marks given by teacher assessment where they are higher than the moderated grades adjusted by what the government now admits was a flawed algorithm. While this is a source of relief for many students, it leaves many universities facing more uncertainty about student numbers and their financial future – with ramifications that may last for years.

On the morning of Thursday Aug. 13, 2020 many students – in many cases from disadvantaged backgrounds – woke up to find results that did not reflect their mock exam results or grades predicted by their teachers.

The algorithm developed by Ofqual to prevent grade inflation as a result of teacher-awarded marks resulted in nearly 40% of marks being lowered. For some students, this meant that they had failed to meet the entry requirements for their preferred university course.

As soon as the A level results were out, universities opened phone lines for the clearing process, as they do every year – offering remaining places on under-subscribed courses to students who missed out due to lower than expected grades.

Thousands of disappointed students began to contact universities, hoping to salvage their dreams of higher education. Universities responded to students’ clearing applications by looking at individual profiles, awarded marks, predicted grades and personal statements to make a judgement about offers. Universities are keen to make offers to students that match their aspirations, as well as using their academic achievements as a guide for engagement and success with their studies.

Then, on Monday Aug.17, 2020 – after a weekend of pressure – the education secretary, Gavin Williamson, announced that England would follow the example of Scotland and award grades based on teacher assessment. Northern Ireland and Wales also made the same move on Aug.17.

But the university places that were decided in the five days before this reverse – when the government declared that there would be no U-turn in England – have now been thrown into doubt.

In the past six months, there have been warnings that the financial viability of some universities is at risk. Some institutions have taken extreme measures, such as large-scale redundancies, to avoid going bankrupt.

At the same time, the sector in the UK was preparing itself for the lowest point of what is known as the “demographic dip”. The population of 18 year-olds has been decreasing since 2017 and 2020 is predicted as the lowest point before a predicted increase in 2021 and again in 2022. The population of 18 year-olds is expected to steadily increase until 2030.

Now, the U-turn on A level results has created unprecedented uncertainty. The late decision, five days into the clearing process, has meant that offers that were confirmed following results day may now be overturned.

Disappointed students accepted places, selected accommodation and had begun to adjust to their choice at universities that may not have been their first preference. They now have the option to revisit their first choice.

Universities do not know what impact this will have. Many top-tier universities are fully subscribed and students are being told that their offer will be honoured – but not until 2021. This presents a challenge to offer holders: whether to accept a place at an institution that wasn’t their first choice, so that they can start university now, or wait 12 months with limited employment prospects and no gap-year travel.

Some students may even elect to take exams in the autumn rather than taking the teacher-assessed grades they have been given, looking to win entry to their first-choice university in 2021.

Winners and losers from A level results

There will be some winners and losers in the A level debacle. The Department of Education has opted to remove student number caps, introduced by the government during the COVID-19 pandemic to stop universities making unconditional offers and to ensure a fair distribution of students across the sector.

This means that some universities will be able to over-recruit, and others will lose students to more “prestigious” institutions. This may result in smaller student cohorts at some universities and non-viable numbers for some courses, putting jobs at risk.

For some universities this may be catastrophic. The UK government needs to ensure that universities are funded appropriately at this time to ensure their continued financial viability – especially for those in towns and cities where the presence of a university is a way to support social mobility and aspiration for the whole community.

By Catherine Carroll-Meehan, Head of School of Education and Sociology (EDSOC), University of Portsmouth. 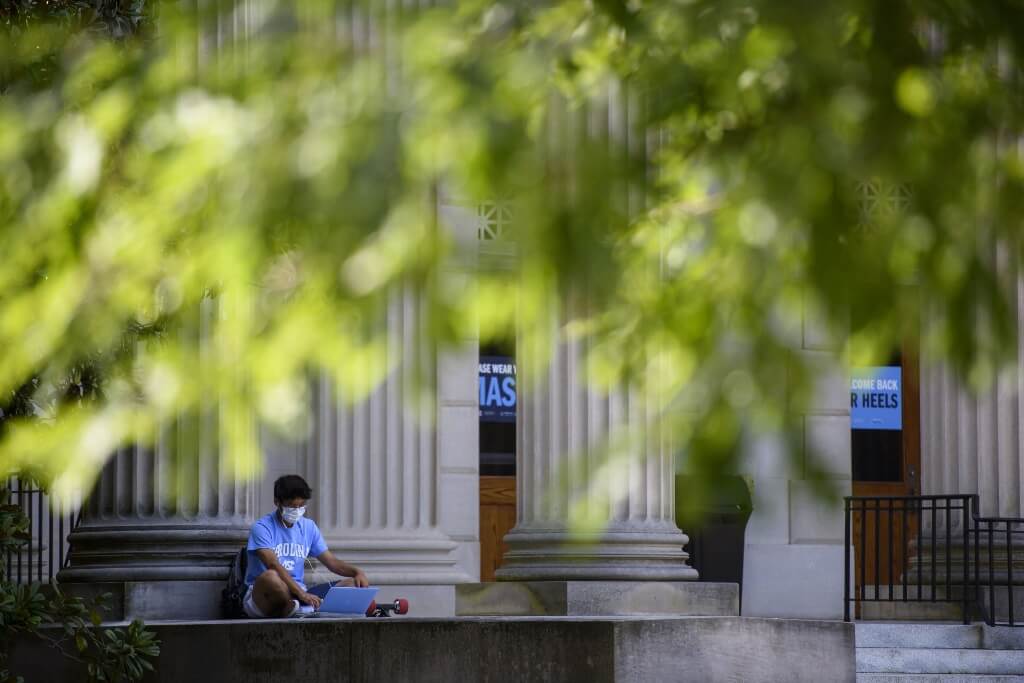