Chinese international students in Australia have become more politically engaged in recent years, particularly when it comes to student politics on campus.

Even the major Australian political parties are now engaging with Chinese students in federal and state election campaigns.

In fact, over the past decade, politicians in electorates with large Chinese-speaking communities have started to view recruiting Chinese international students as indispensable in order to better communicate with their constituencies.

Although this is a good opportunity for international students to get involved with the local community and culture, it isn’t always beneficial at a time when “China panic” is growing in Australia. 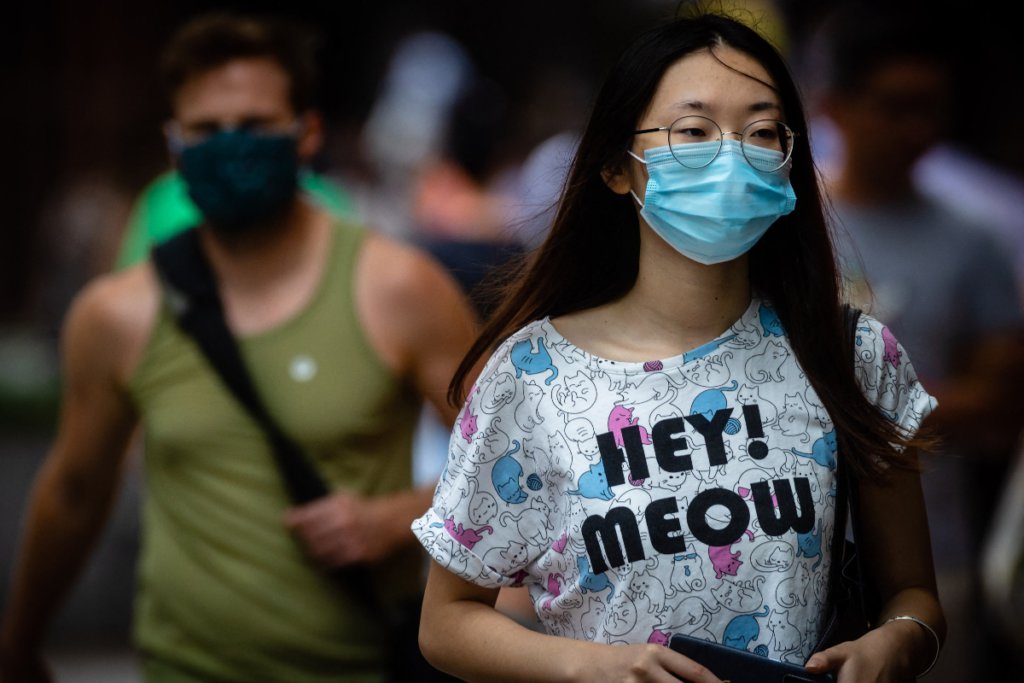 How students are recruited

Traditionally, political parties have recruited university student campaigners through their own clubs on campus, such as the Labor Club, Liberal Club and Conservative Club at the University of Sydney.

Chinese student politics leaders have also become more visible, opening up another recruitment channel for the parties. And many candidates’ campaign teams have become adept at using Chinese social media platforms such as WeChat and Little Red Book to cast a wider net for volunteers.

Recruiters make two promises to attract these students. First, they offer to grant them a volunteer certificate, which looks good on a CV. Second, they offer opportunities to establish connections with Australian political, business and social elites.

Once students are recruited, they are given a brief orientation on the ideology of the party, as well as the rules and regulations around Australian elections. They pick up the rest of the necessary skills on the job.

What the students do for campaigns

I’ve had conversations with some 20 of these Chinese student campaigners as part of my ongoing research on Chinese international students’ political participation in Australia.

The students told me their duties mainly revolve around outreach in Chinese-speaking communities. They hand out flyers, explain policies and knock on doors to canvass for votes and boost voter turnout.

Some students are also tasked with managing public relations for campaigns on Chinese social media. Whenever they see public criticism of their candidate or party, they must try to mitigate the damage. As one of the campaigners told me, “manipulating multiple social media [platforms] is part of our job”.

For example, after I posted a criticism of NSW Opposition leader Michael Daley’s discriminatory remarks about Asian immigration on my WeChat account in 2019, a Chinese student in my contact list who served as a Labor Party campaigner immediately responded and claimed it was fake news generated by Daley’s rival.

Another time, when I complained on WeChat about Labor’s plans for university research funding, another Chinese student campaigner argued with me on the platform.

Interestingly, both students told me afterwards speaking up in defence of the parties was required by their jobs, rather than a reflection of their own positions.

Why Chinese international students want to be involved

In my research, the students told me their participation in Australian political campaigns has been motivated by three reasons.

First, they consider campaigns an ideal way to get involved in Australian society and learn about the culture. They can practice their English in the process.

Second, they consider such experience as useful to their CVs, which could help with future academic and career advancement. Those who have returned to China, however, have found this experience to be less relevant in their job searches.

Friendship is the third incentive. Some students said their participation was based primarily on their personal relationship with the candidate or a member of his or her campaign team.

The values and ideologies of the political parties mattered less to these students.
A lack of interest in the core messages of the campaigns often resulted in a lack of long-term, solid commitment to their work.

However, some Chinese students made a strong commitment to their candidate and formally registered as party members. These volunteers are, unsurprisingly, leaders in student politics. Determined to become Australian citizens in the future, they embrace campaigning as an opportunity to launch their own political careers here. 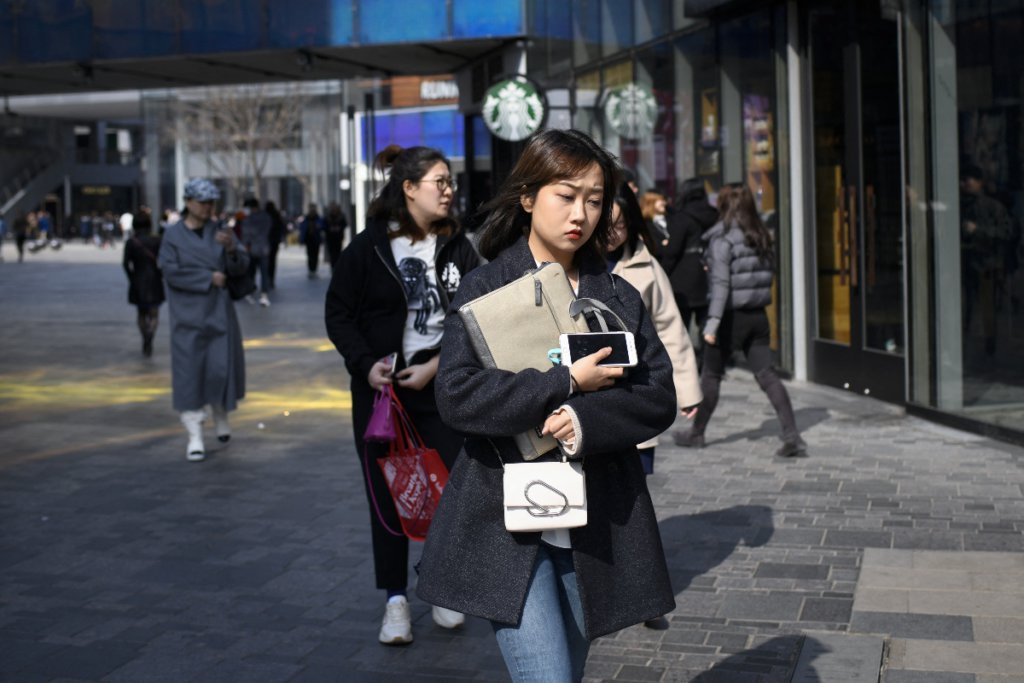 Problems with their participation

Though many student volunteers do get a lot out of these jobs, there are still some concerns about their involvement in politics.

First, disagreements between parties have frequently spilled over into the Chinese international student community. From my observations at the University of Sydney, Chinese student campaigners from the different camps often fall into bitter quarrels, even though few, if any, of the parties’ policies or initiatives are focused on improving the welfare of international students.

For example, Chinese student candidates who have signed preference deals with the NSW Young Liberals’ candidates have always been labeled as “betrayer of minorities” by their Chinese rivals.

A second concern is with the stigmatisation of Chinese international students in Australian politics, mainly due to the growing worry over the threat of foreign interference in elections.

Some Australian media, think tanks and politicians have depicted Chinese international students as spies for the Chinese government who are seeking to interfere with Australian institutions.

However, none of the evidence cited typically goes beyond the students’ direct involvement in the Australian electoral process. And such influence is, in fact, invited and encouraged by Australian politicians.

Worryingly, Chinese international students could run into legal issues due to their involvement in campaigns. A new foreign influence law sailed through parliament in February aimed at limiting “foreign” persons or entities from fundraising for or directly spending on electioneering – or even authorising electoral matter – to influence a Commonwealth election.

Under this new law, it remains unclear whether political parties are allowed to recruit foreign individuals to assist with their campaigns, and if so, under what conditions.

As long as this vagueness remains, Australian political parties will continue to prioritise pragmatism over principle and exploit this grey area to advance their causes. Chinese international students should be aware of the risks. 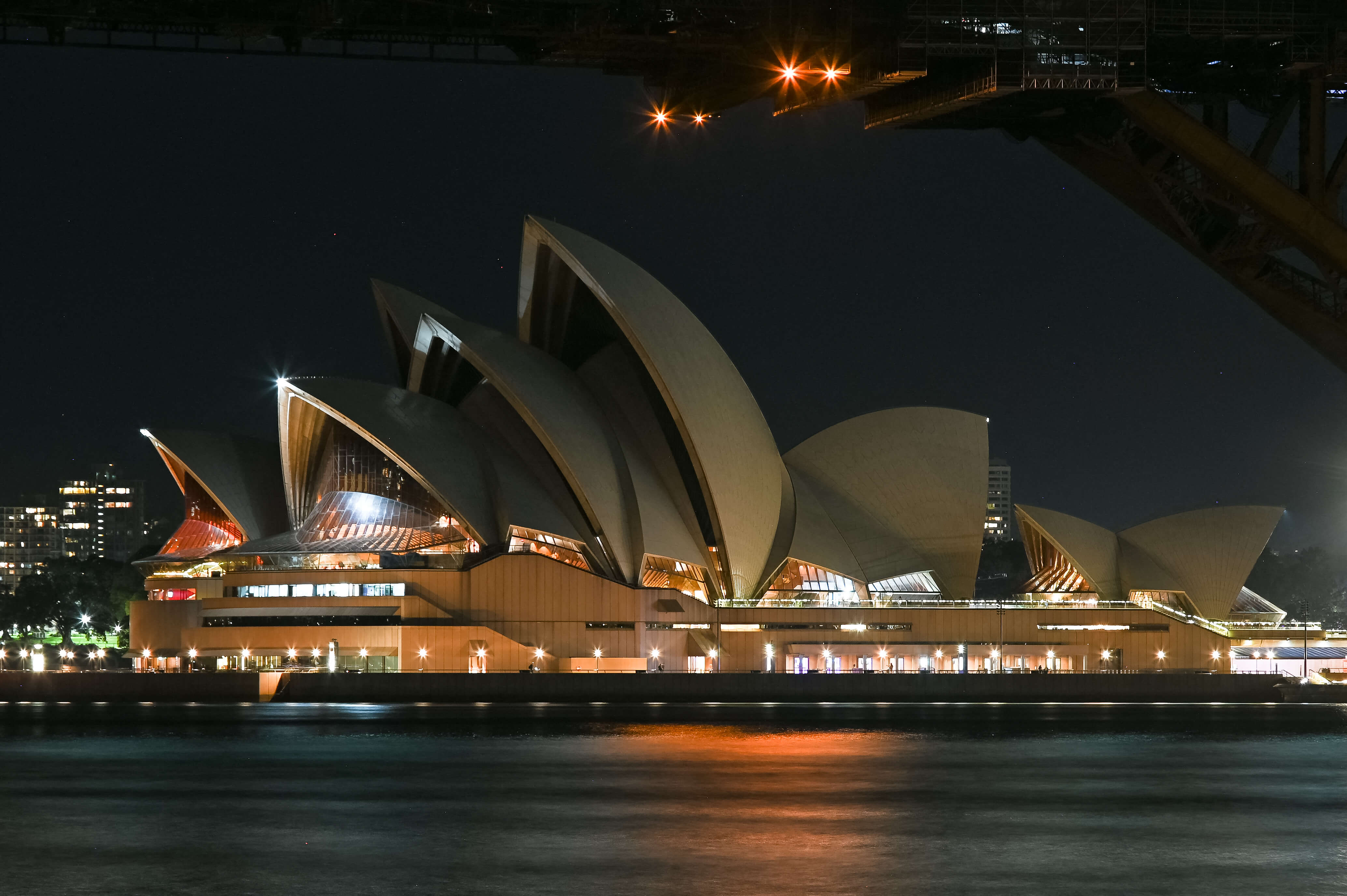 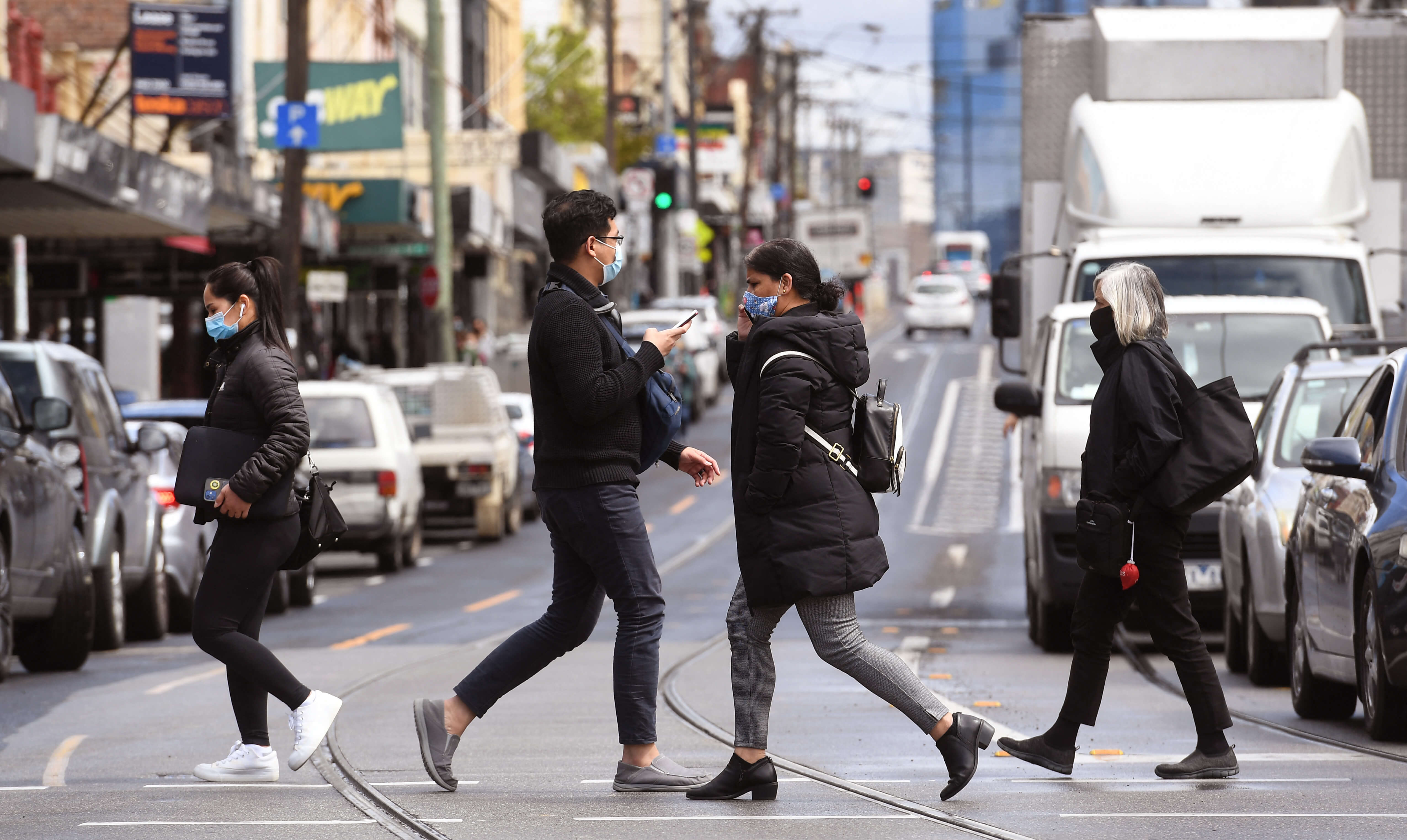 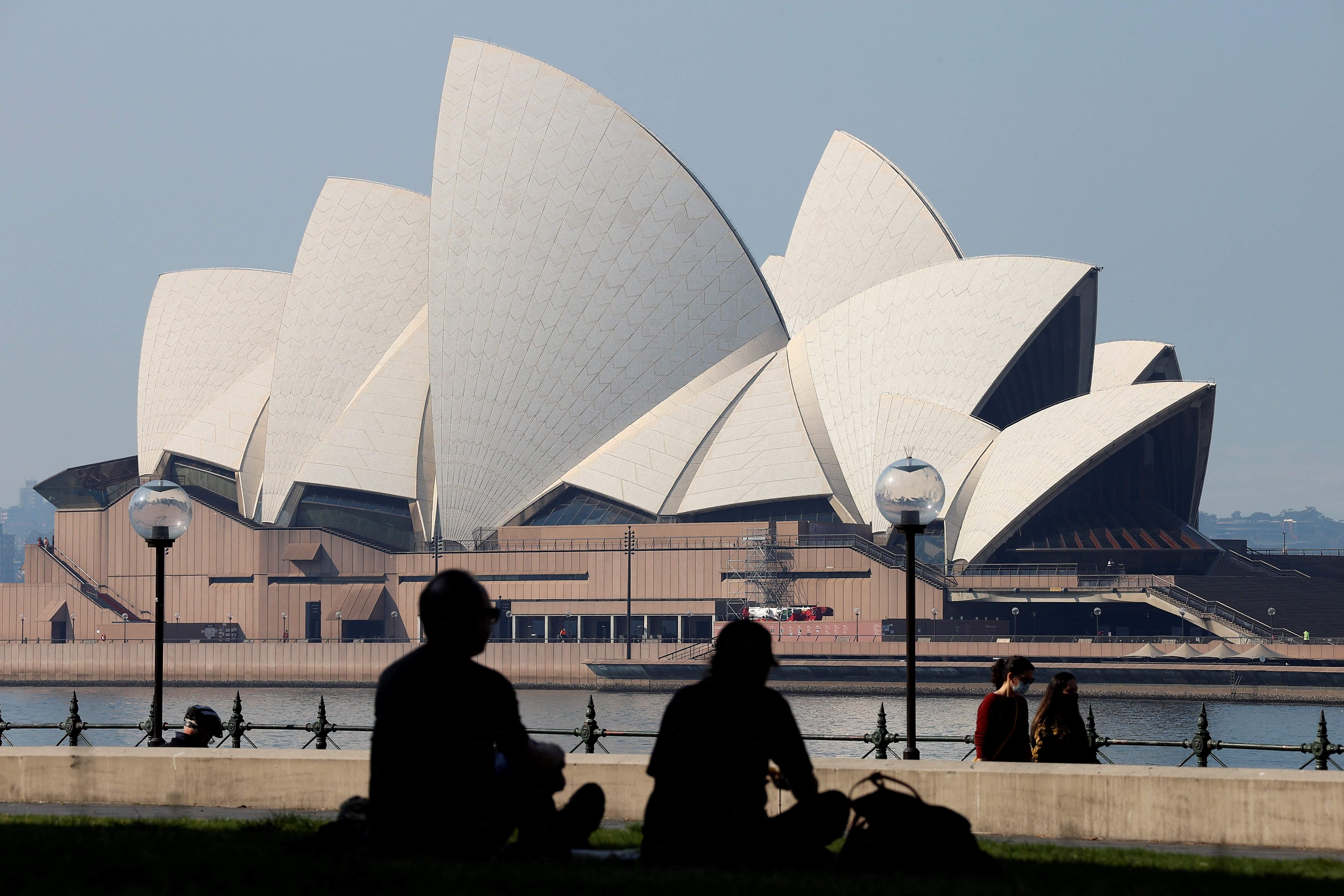