England’s children go back to school after virus lockdown

Children return to England schools in England on Monday for the first time since January, as the government begins to ease tough restrictions thanks to a mass vaccination drive against the coronavirus. Throughout the latest lockdown since the start of the new year, schools have remained open to children of key workers and the most vulnerable.

But all other youngsters have been at home, causing a headache for working parents, and fears about the effect on their learning. Pupils aged five to 11 go back to the classroom Monday, with a staggered return over the coming week for secondary school students aged 11 to 18. The government has been able to plan to ease its COVID-19 restriction measures as around 23 million people in Britain have received at least a first vaccination jab, helping to bring down case numbers and ease pressure on hospitals. 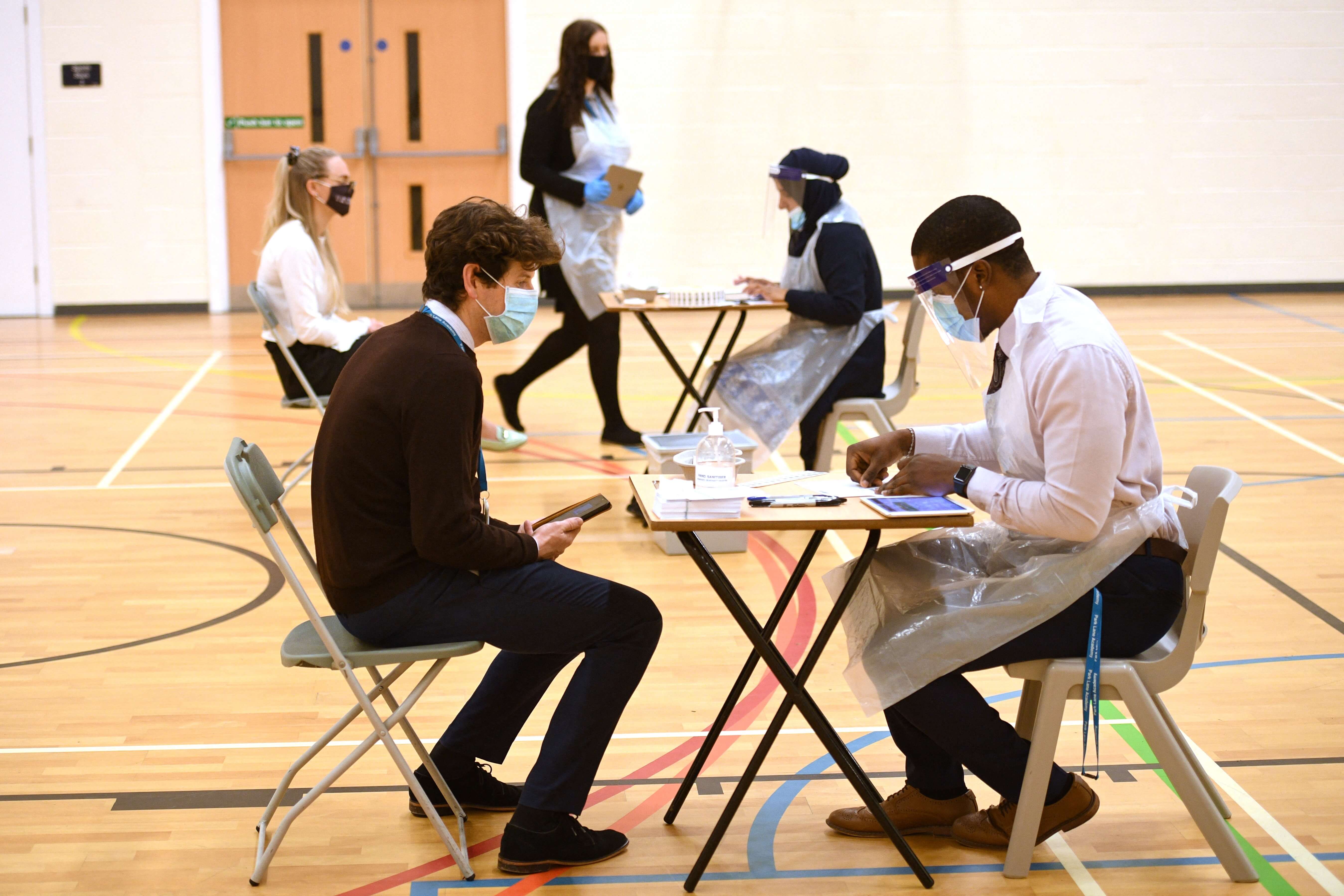 Teachers prepare to take a lateral flow test in the sports hall of Park Lane Academy in Halifax as the school prepares to reopen. Source: Oli Scarff/AFP

Prime Minister Boris Johnson has outlined plans to lift stay-at-home curbs in England, hoping a cautious approach will not spark a renewed surge in cases that would force another lockdown. Britain has suffered more than 123,000 COVID-19 deaths and is banking on its mass vaccination drive to lift all restrictions possibly as early as June.

Under further plans for reopening, the government has said it will ease limits on social interaction outside on March 29, with the reopening of non-essential retail from April 12. Schoolchildren returned to class after the Christmas break but were sent home again after just one day, to contain a more transmissible virus strain. “The reopening of schools marks a truly national effort to beat this virus,” Johnson said ahead of Monday. “It is because of the determination of every person in this country that we can start moving closer to a sense of normality — and it is right that getting our young people back into the classroom is the first step.”

Returning students will face regular testing to curb the spread of infection, while older children will have to wear facemasks indoors until April. Different plans for school returns have been unveiled across the other nations of the UK — Scotland, Wales and Northern Ireland — where devolved governments have powers over education policy.

In Scotland, children aged four to seven returned last month and older students are due to follow — part-time — from March 15. A similar timetable has been outlined in Wales, starting with those preparing for exams on the same date. Youngsters aged four to eight in Northern Ireland are also back on Monday, with secondary pupils aged 13 to 18 on March 22. Others have to wait until April.

Education Secretary Gavin Williamson said the school return would “mark a moment of joy for millions,” and it was important for children to be in class “not only for their education but for their mental health and wellbeing.” Parents have also welcomed the return to the classroom after two tough months of home-schooling and juggling their own work during lockdown.

Lisa Tyler, 41, from Northamptonshire, central England, said having her six and 10-year-old daughters back in class would be “the biggest relief in the world.” Trying to manage supervision of schoolwork and her job as a university administrator had been hard, particularly on her youngest, she said. 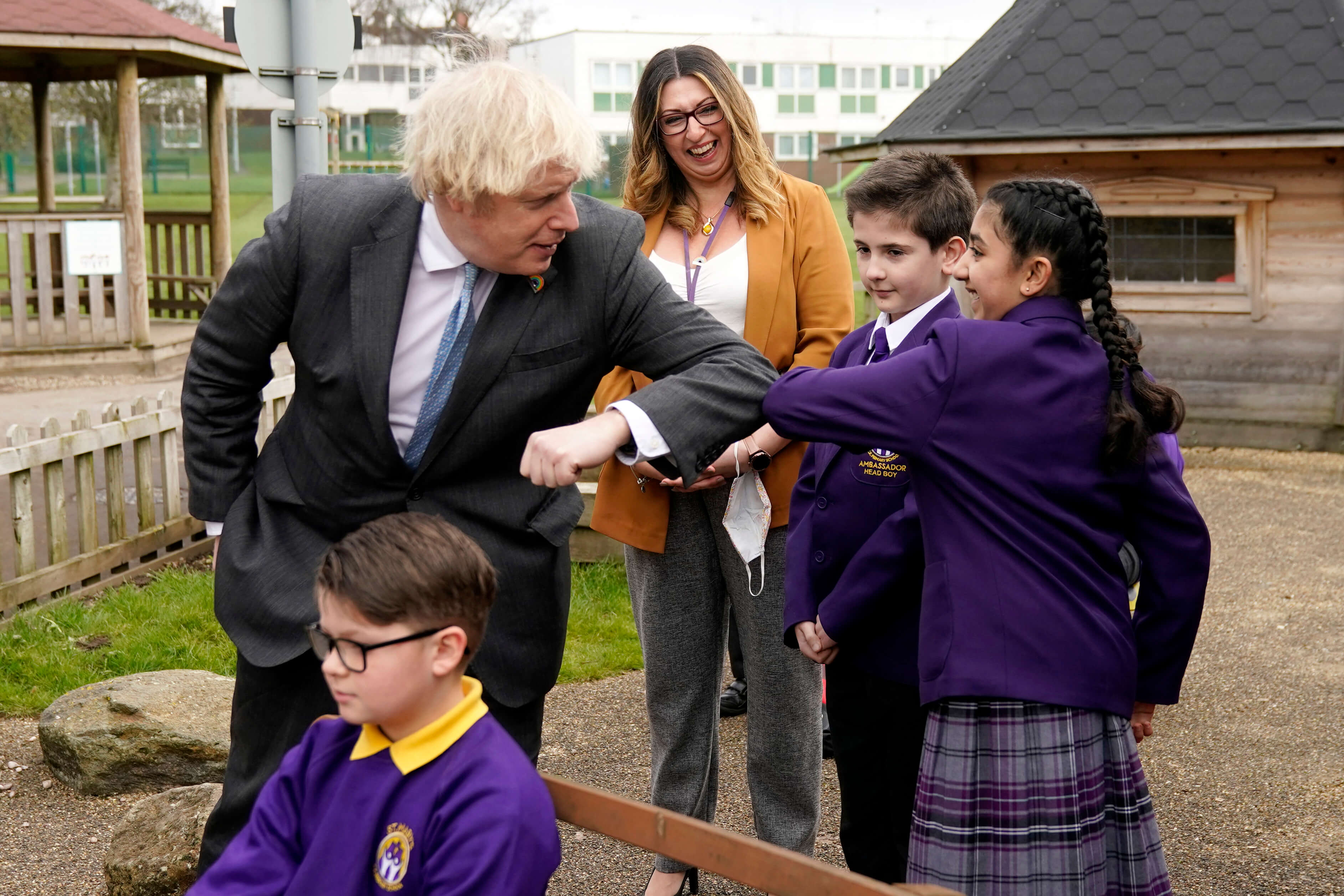 “The reopening of schools marks a truly national effort to beat this virus,” Johnson said ahead of Monday. Source: Christopher Furlong/AFP

“If you don’t do it she’s going to fall behind. You have to sit with her all the time,” she added. “I can’t wait for her to go back to school. Trying to just manage that, it’s been a nightmare. And she just needs to go back.”

Julie Williams, 49, from Essendon in southeast England, said she and her husband had struggled to prioritise care for their three sons as they both work for the state-run National Health Service. “The job throughout the pandemic has got busier and worse. So it’s been quite tricky for us,” she said.

Her youngest son, who is 10, has continued to go to school as the child of a key worker, but said reduced class sizes — and months not seeing friends — was hard. “I think there’s that social interaction they are missing,” Williams said, adding she was concerned as he made the transition towards secondary school.

Debates rage in Britain as some children go back to school 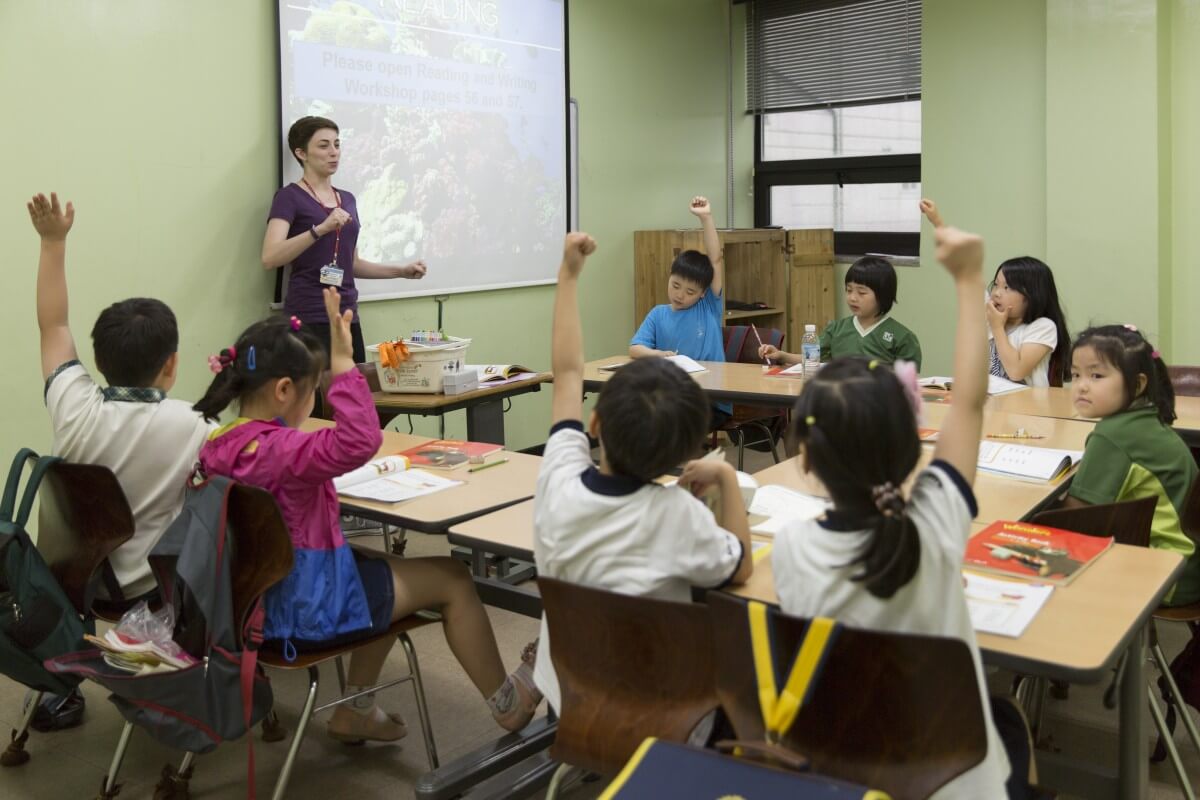 'Carrot, not stick': Israel pushes its curriculum in Palestinian schools