French pupils go back to school Tuesday as schools across Europe open their doors to greet returning pupils this month, nearly six months after the coronavirus outbreak forced them to close and despite rising infection rates across the continent. Many teachers and parents are worried the reopening of schools will accelerate the spread of COVID-19, but governments have insisted it should go ahead.

In England and Wales — where children return to school this week after a six-month closure — the government initially said masks in schools would not be necessary, but reversed its policy last Wednesday. The new guidance advises secondary school students aged 11 to 18 and staff to wear face coverings in corridors and communal areas, in places with local virus restrictions.

Back to school: Concerns in Spain, France

The Spanish government has insisted all children over the age of six must wear masks at all times and wash their hands at least five times a day. Children should maintain a distance of 1.5 metres (five feet) from each other, and regional governments have hired additional teachers to reduce class sizes. 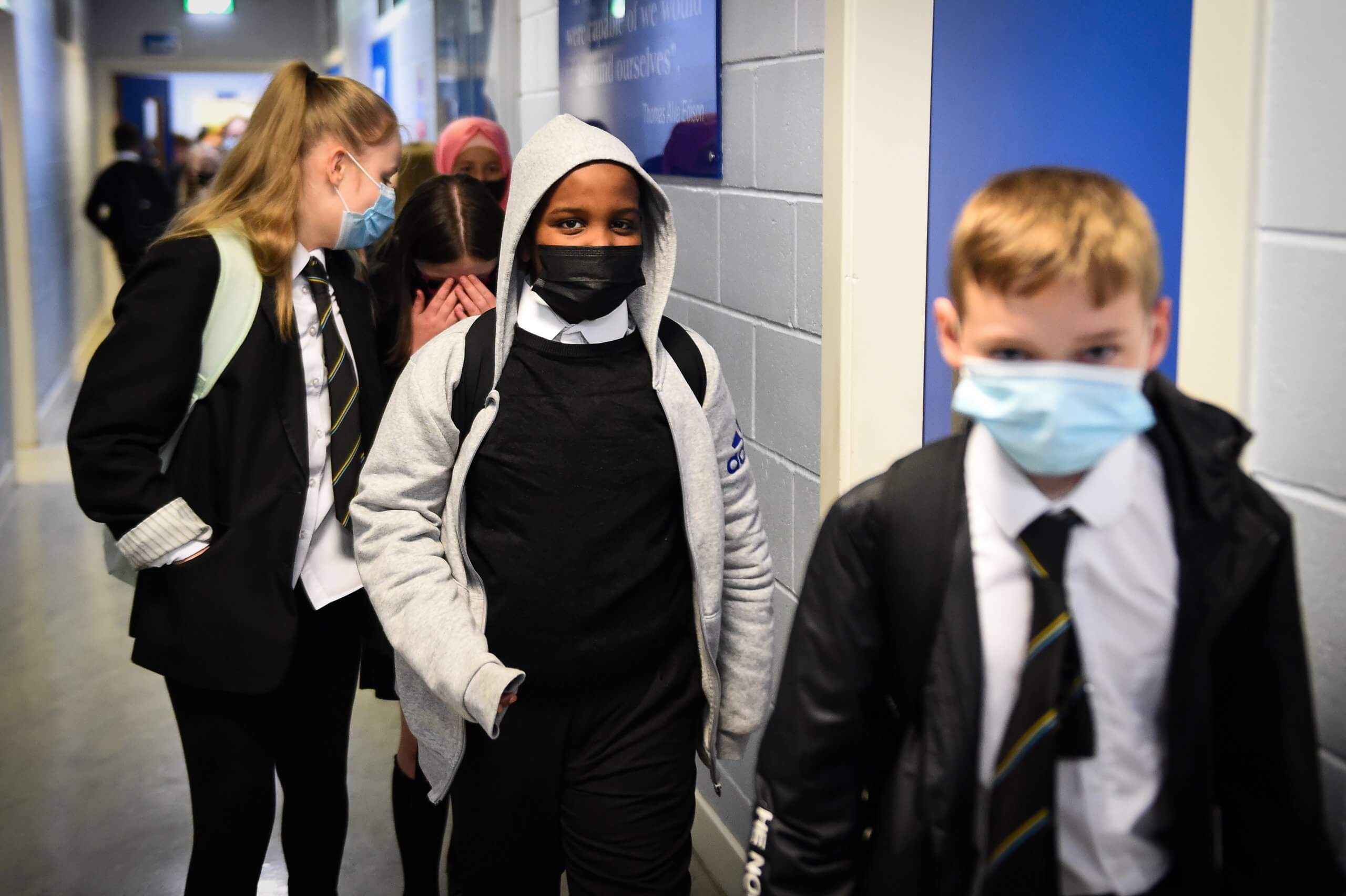 Pupils wear face masks as they walk in a corridor at Springburn Academy school in Glasgow on Aug. 31, 2020 as mandated by new guidance from the Scottish Government to reduce the risk of the spread of the novel coronavirus. Source: Andy Buchanan/Digital/AFP

But many Spanish teachers and parents feel the measures are not enough, or have been adopted too close to the start of classes to be properly implemented. Mercedes Sardina, a teacher’s representative in Fuenlabrada on Madrid’s southern outskirts, said she doubted the regional government would be able to hire all the teachers it had promised. She likened it to trying to stage a wedding in three days, “when you haven’t done anything. You haven’t even bought your dress”.

In France, teacher Sophie Venetitay from the principal high school teachers’ union said: “We are missing clear rules on everything that happens outside of classrooms. “For example, at the library, can we let a pupil borrow a book that has just been returned?”

Anxious parents said above all they wanted to avoid another lockdown. “The confinement period was hellish, we will not go through it again, it’s out of the question,” said Florence, a 42-year-old mother of three children between 5 and 13 who lives in the southern French city of Nice. Individual schools may have to close again, but the closures will be decided on a case-by-case basis, French Education Minister Jean-Michel Blanquer said Monday.

Pupils in England to go back to school in September: govt