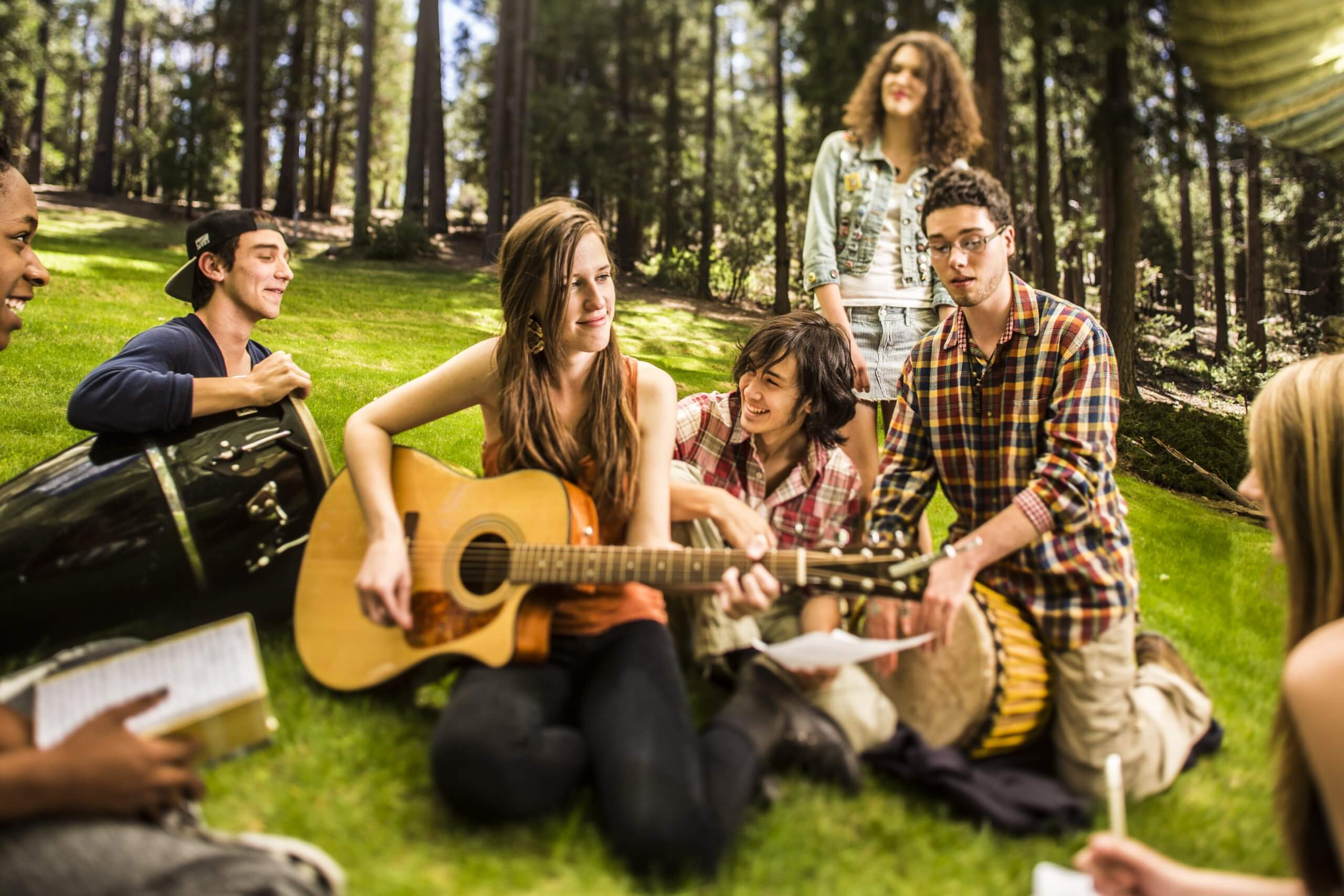 Idyllwild Arts Academy: A creative sanctuary in the mountains

Ask Idyllwild Arts Academy (IAA) high school students what they will miss most after graduation, and you will get many answers.

Some long to reconnect with a close-knit creative community. Another already misses the fun collaborating with IAA professors and peers on music, theatre, film and art projects.

Others yearn for the safety of a countryside campus, where the sight of hawks swooping above the San Jacinto mountains becomes part of a daily routine.

So, when the Academy announced that lessons resume on Aug. 31, 2020 with distance learning and that the campus reopens on Oct.1, 2020 — if it is safe to do so — IAA students and faculty were thrilled!

Idyllwild Arts Foundation President Pamela Jordan said, “The Idyllwild Arts community is resilient and our resolve is strong, so we will come through the COVID-19 crisis.”

Academic classes will be entirely online when students first return to campus. This will reduce the number of teachers on campus and assist a smooth transition for students as they adjust to in-person instruction.

Once the campus fully reopens, students will study, practise, and perform in safe spaces. The number of students in classrooms will be limited and full advantage will be taken of the outdoors.

In the dorms, each student will share a bathroom with only one other student. Faculty and student health will be monitored daily. The Academy has even assembled a medical advisory board to supplement the recommendations of national experts with granular local knowledge.

Continued online instruction will also allow for independent growth and connection with students who may not be able to arrive until January 2021.

That’s not all for the best arts high school in the United States, as ranked by Niche.com. In 2020, the Academy is offering a new Online Gap Year for all arts majors.

This add-on year is perfect for high school graduates who are unsure of what to do next and need time to reassess their study plans amid the current COVID-19 climate.

A chance to hone your creative skills off campus

This year, IAA’s Film and Digital Media Department and their star-studded line-up of film industry professionals will bring creative learning to the comfort of your home through its new virtual Gap Year programme.

The IAA Film and Digital Media Department offers postgraduates and gap year students the opportunity to focus their studies on one of three specific areas: Directing, Writing, or Post-Production.

Each of these areas breaks down into eight-week focus sessions for a culmination of a year-long certificate of completion.

For the upcoming Film Online Gap Year programme, the Academy enlisted high-profile film industry professionals to guide you through their online post-production, directing and writing masterclasses.

To share her experiences as a writer, director, producer and what growing up in the industry was like, Tiny Apples founder Julie Pacino will take IAA’s online stage. Julie has written and directed several short films that have screened in cities across the world including Cannes, Hollywood, Sao Paulo, and New York.

Film producer Lynn Hendee will be sharing her vast industry experience with IAA students too. Hendee is a member of the Producers Guild of America, founding Co-Chair of the PGA’s Women’s Impact Network (WIN) and an alumna of the 2017 Sundance Institute/Women in Film Intensive Workshop.

Her multiple successful film credits include “Ender’s Game,” “The Tempest,” “In My Country,” and many more.

For an “Editing in LA” masterclass, Emmy Award-winning picture editor John Gilbert will guide IAA students through the do’s and don’ts. Gilbert has over thirty years’ experience editing both television and feature films, such as “Atlas Shrugged II: The Strike” and “Teen Wolf” episodes.

Learn the advanced intricacies of cinematography with Dan Kneece who has worked with the best in business. He was taught Steadicam by inventor Garrett Brown. This led to a 28-year career as a Steadicam operator and an ongoing professional relationship with director David Lynch on projects such as “Blue Velvet,” “Wild at Heart,” “Lost Highway” and “Mulholland Drive”.

For Quentin Tarantino, Dan was “A” Camera/Steadicam Operator on “Jackie Brown” and Steadicam operator on the “Death Proof” segment of “Grindhouse”.

Dan now uses his knowledge, extensive film making experience and incredible eye to excel in his work as a director of photography.

As mentioned above, the Academy is now offering a new Online Gap Year for all arts majors. In the Film Online Gap Year, for example, you’ll level-up your creative experience through a virtual Writing Programme, a Directing Programme and a Post-Production Programme.

These three programmes will broaden your knowledge of the film sector and help you discover which creative route you’d like to take further into university or a career.

The Writing Programme expands your storytelling skills through Screenwriting, Playwriting, and Multi-Genre workshops. Whereas the Directing Programme provides students with an overview of visual storytelling and character development.

Ready for a year filled with creativity, inspiration and expert guidance from the comfort of your home? Contact Idyllwild Arts Academy today.