If “Squid Game” is anything to go by, it’s hard to find jobs in Korea, let alone make a living and survive. That’s not wholly wrong — and the answer depends on who’s asking.

Some reports say international students or expats have an easier time landing jobs in Korea. As the country welcomes more international companies, those who can speak languages other than Korean and improve these new relationships are in demand.

That’s not to say there won’t be any challenges. As in any other foreign land, being able to speak the local language and adapt will go a long way in helping you adapt. There are ups and downs to jobs in Korea — you may be able to star alongside top Korean actors like Pinoy Noreen Joyce Guerra did but expect hours to be “demanding” or society to not see you as part of them.

Still, for all of these hurdles, working jobs in Korea would put you in the same scenic streets that gave birth to BTS and Blackpink, in the cities that are thumping with a pop culture that’s taking over the world. 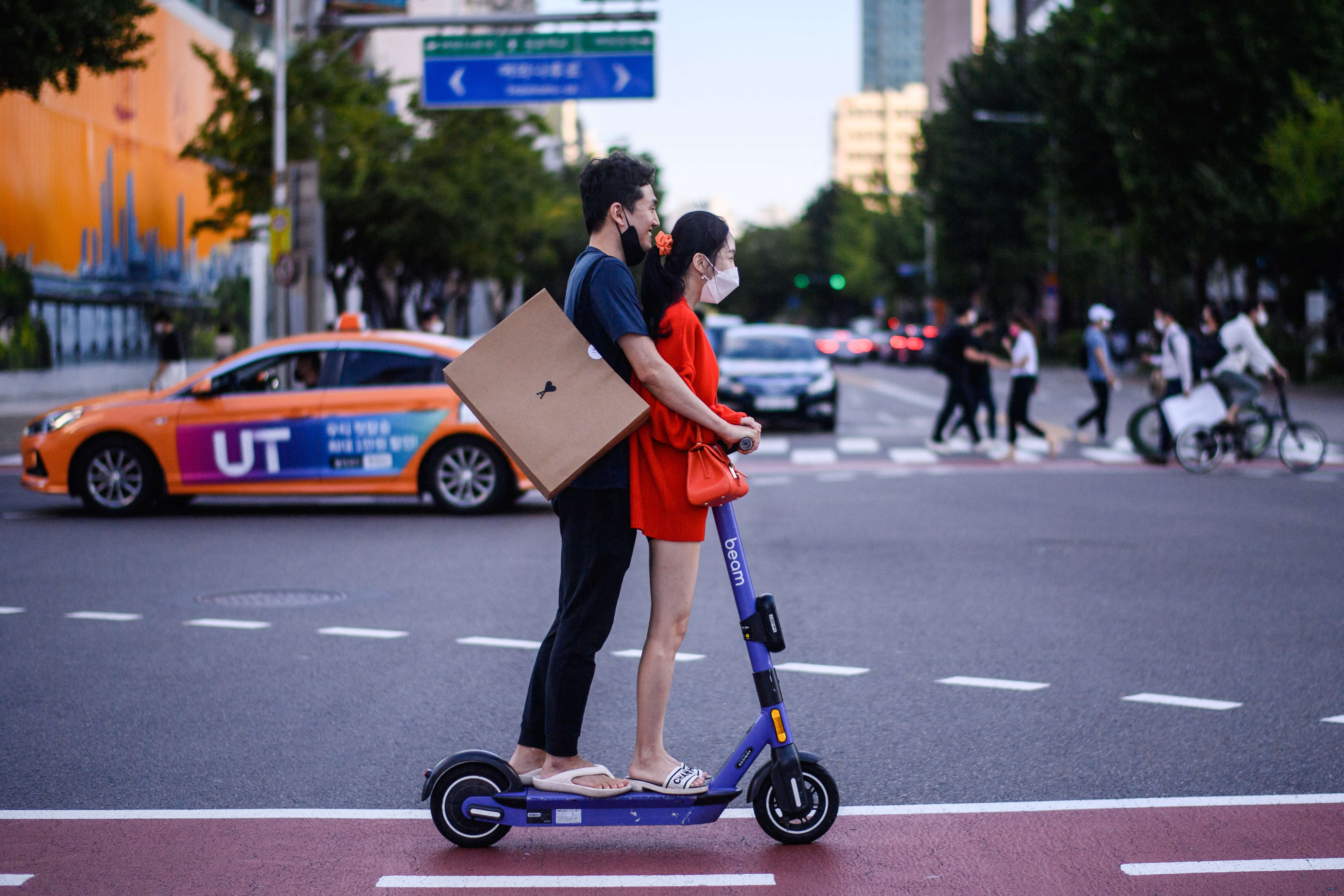 A man and woman ride an electric scooter on a road in Seoul on September 15, 2021. Source: Anthony Wallace/AFP

If this is the life you seek, consider these jobs in Korea:

The first step is to take a course with the International TEFL, or Teaching English as a Foreign Language, Academy to become certified to teach English. With this certification, and a work visa, you could be on your way to teaching English at private academies around South Korea, earning up to US$24,000 a year.

Many schools cover your rent — and as this report shows, not of dorms but a fully-furnished studio apartment in Seoul — so you’ll only need to spend on utilities, food, wi-fi and save the rest.

Although jobs in Korea for foreigners are mostly in the farming and manufacturing sectors — to replace their ageing local workers — international students and graduates can find white-collar positions too, particularly in sales. Seoul’s Craiglist, for example, has job openings for marketers and even a C-level manager. This will be more competitive than getting an English teaching position, but not impossible.

A top piece of advice is to either cold-call or cold-email the companies you’re interested in to ask for an internship. Alternatively, see who in your network has access to recruiters. When it comes to winning job in Korea, who you know is just as or more important than what you know.

Korean films and TVs contribute several billion dollars to the Korean GDP — a figure that has shown steady growth over the years.  Beyond the handful of actors that headline any drama or film, there are hundreds more that deal with scripts, makeup, lighting, and more.

One TikTok user @KatieRejoice got a job in broadcasting by signing up to be a live audience in a show, networked with writers and the host, got a one-time gig and as she says, “the rest is history.”