French President Emmanuel Macron on Wednesday announced nationwide school closures and a limited lockdown while defending his controversial strategy to confront soaring COVID-19 infections. The 43-year-old leader has been under fire from political opponents and many health experts in recent weeks as the rampant virus left hospitals in hotspots such as Paris overwhelmed.

At the end of January, Macron bucked the European trend and went against the recommendation of his scientific advisers by deciding that France would not enter a third lockdown. In an address to the nation, he tightened restrictions significantly on Wednesday, ordering schools shut down, travel restrictions across France, and the closure of non-essential shops around the country.

But he stopped short of demanding people stay in their homes or avoid socialising completely, and authorised people to move between regions over the upcoming Easter weekend. “We have adopted a strategy since the beginning of the year that aims to contain the epidemic without shutting ourselves in,” he said.

Not locking down in January meant “we gained precious weeks of liberty, weeks of learning for our children, we allowed hundreds of thousands of workers to keep their head above water, without losing control of the epidemic,” he argued. The question in the coming days will be whether the new measures are enough to reverse the sharp rise in infections that have been running at more than 40,000 a day, double their level at the beginning of the month.

More than 53,000 new cases were announced late Wednesday, but that number covered two days after no numbers were made public on Tuesday. The country also recorded 304 new deaths, bring its total toll to 95,667.

With warm weather and sunshine on Wednesday, groups of young people could be seen congregating in public spaces around Paris, ignoring rules barring the consumption of alcohol outside. Ahead of Macron’s address, the French Hospitals Federation (FHF) had urged him to order “a strict lockdown immediately.” 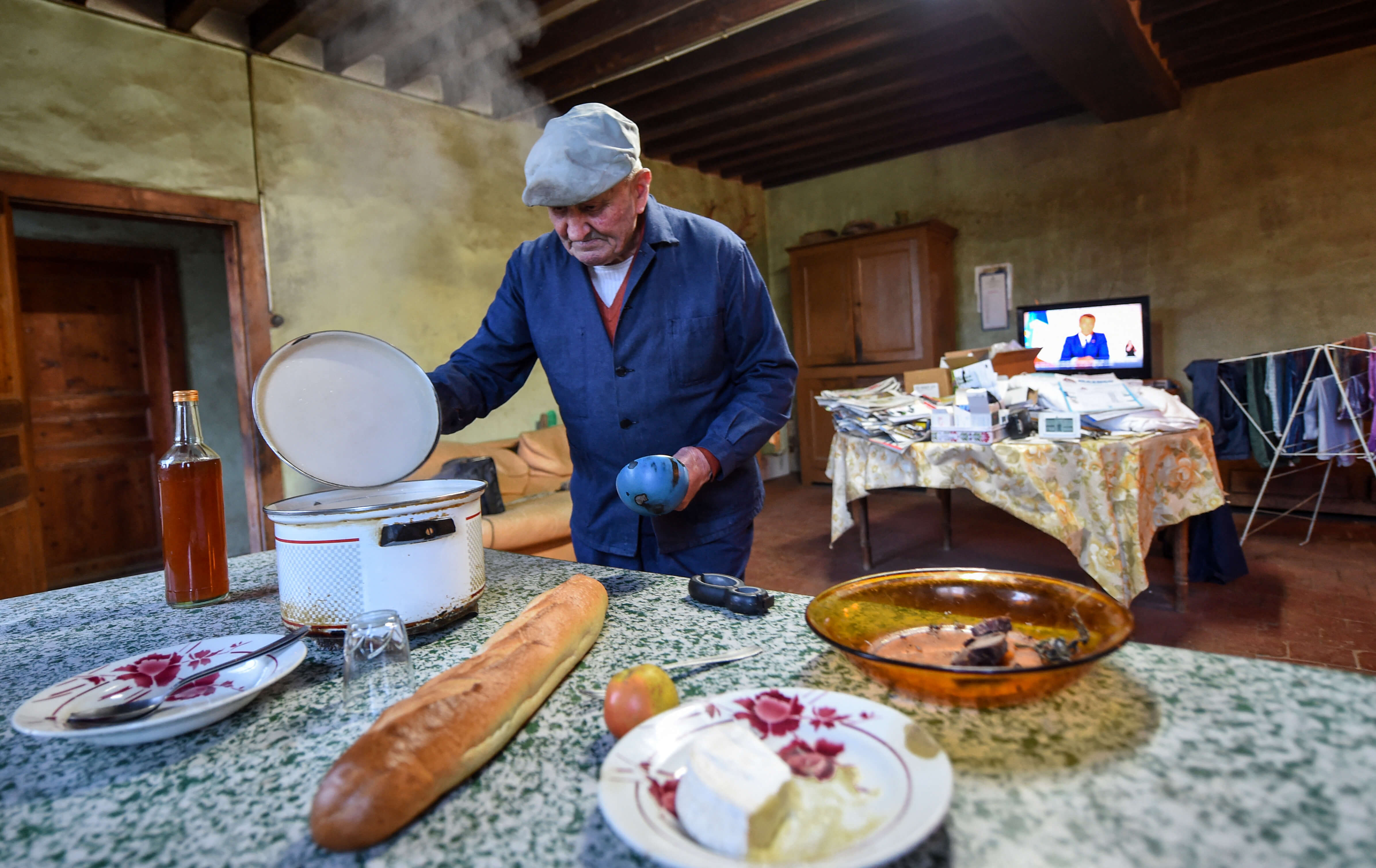 Retired farmer Henri Boutfol, 86, prepares his medicine along with his dinner as he watches French President Emmanuel Macron’s televised speech at his farm in Happonvilliers, near Chartres, eastern France, on March 31, 2021. Source: Jean-Francois Monier/AFP

Macron said that the current efforts to limit the virus “were too limited at a time when the epidemic is accelerating” and warned that the spread of the more contagious British variant meant “we risk losing control.” He said that from Monday nurseries, kindergartens and primary schools would close for three weeks while high schools would close for four weeks, but this would include two weeks of spring holiday.

From Saturday night and for the next four weeks, travel restrictions will be imposed across the whole country and non-essential shops will close in line with measures already implemented in coronavirus hotspots such as Paris, he said. But striking a more optimistic tone for the medium term, he said some cultural venues and cafe terraces would reopen in mid-May “under strict rules”.

As well as the spiralling infections, Macron is also on the back foot over France’s vaccine rollout, which has been dogged by a chronic shortage of doses due in part to a centralised EU purchasing system which he championed. He said France was sticking by its target to vaccinate all those above the age of 18 who wish to be, by the end of the summer. All those over 60 would be eligible from April 16 and those over 50 from May 15.

At stake in France’s current crisis is above all the health of nearly 70 million people and the fate of the eurozone’s second-biggest economy, but also Macron’s political future one year from presidential elections. His handling of the twin health and economic crises caused by the pandemic will be foremost in voters’ minds next April and May, analysts say.

Acknowledging criticism from opponents, Macron said: “At every stage of this epidemic, we could say to ourselves that we could have done better, that we made mistakes. That’s all true.” Stephane Zumsteeg, head of public opinion surveys at the Ipsos pollster in France, said voters would ultimately judge Macron’s performance based on a comparison of France with its EU neighbours.

And he underlined that polls still show the pro-business centrist as the frontrunner. “Of course lots of things can happen in the next year but at this point the main favourite for next year’s election is Emmanuel Macron, not because he’s the best or the most loved but because there’s no credible alternative other than Marine Le Pen.” 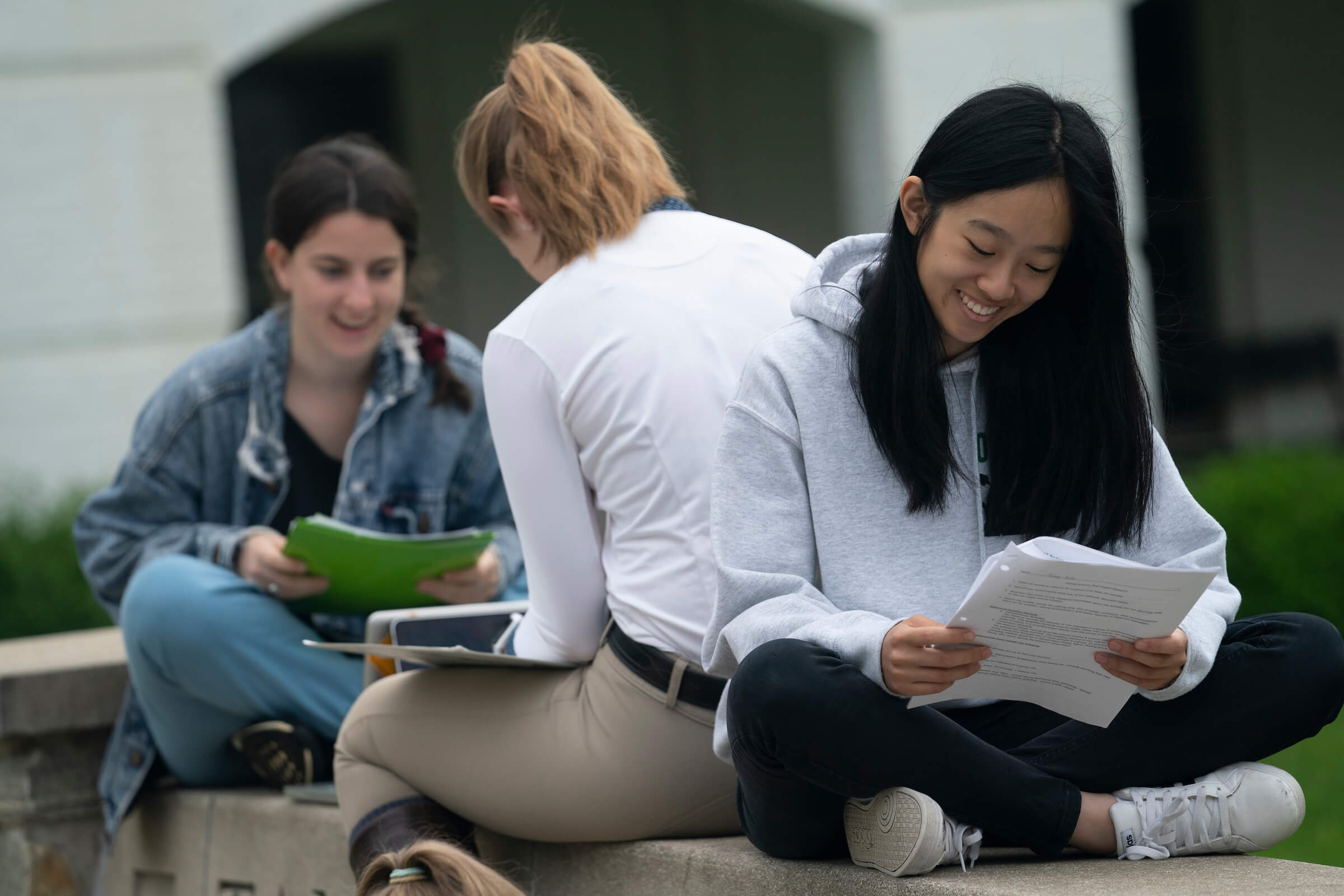 French children over 11 to wear masks at school