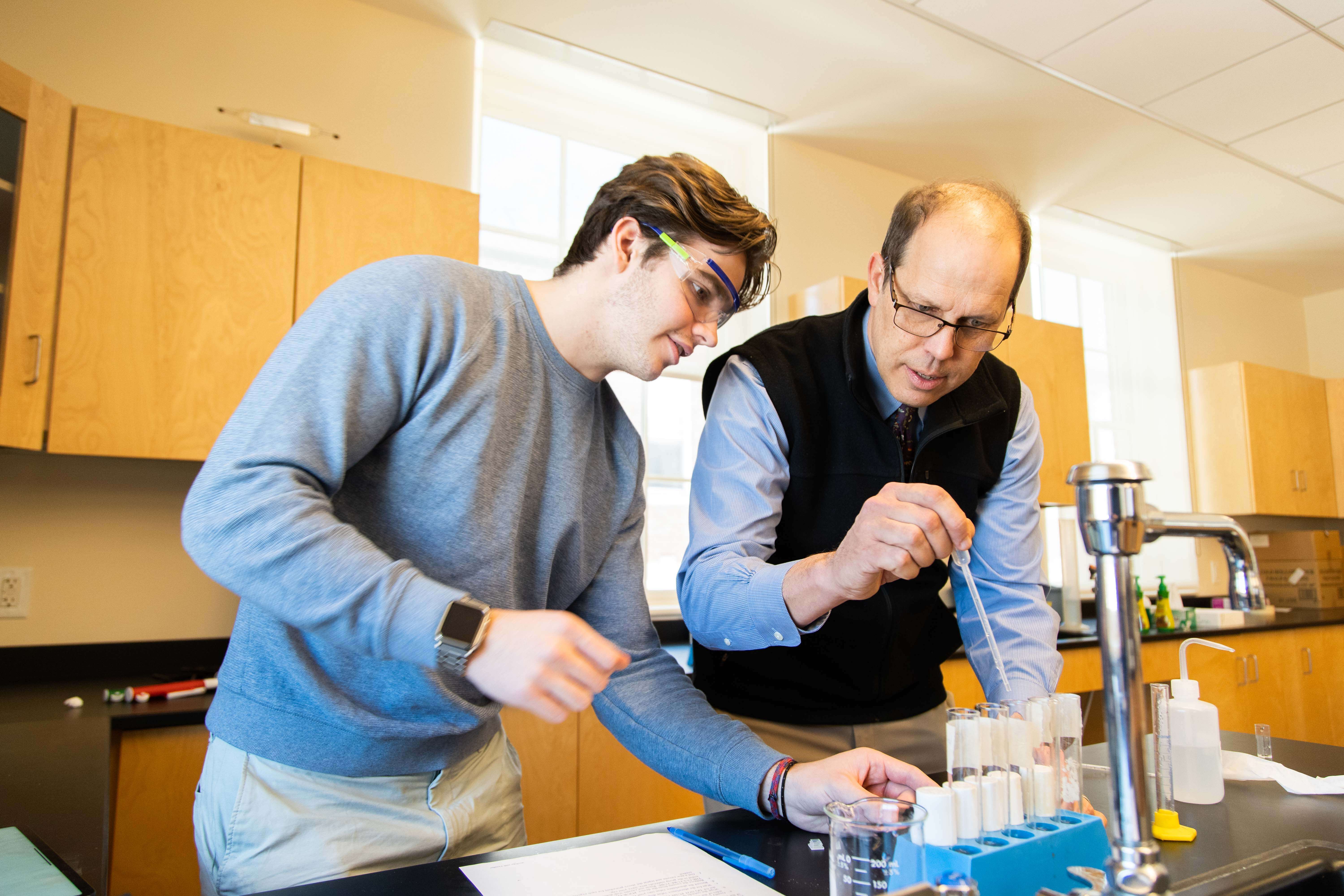 To see what inquisitive, knowledgeable, and caring young people are doing to create a better and more peaceful world, head to New Hampton School. Here, you’ll find intercultural understanding and respect in action. Global perspectives are debated in classrooms, mirrored by the voices and stories of its students who come from all over the world.

Few independent schools in the US can match this experience. New Hampton School can, thanks to its bold move to offer the International Baccalaureate® (IB) Diploma Programme since 2010.

“We had people from places like Russia, Korea, Switzerland, Japan, and China, and this was perfect for an IB education because the programme is about holistic and global learning,” reflects Atlanta native Hailey Hurowitz ’15. For 2016 graduate and Meservey Medal winner, Bianca Maheia, coming to New Hampton School from Belize introduced “different perspectives from different parts of the world, different countries.”

The IB is more than just an internationally-accepted AP. At New Hampton School, it is a programme that is student-centred, future-focused and innovation-driven. It prepares students for life.

Katie Solman, who was in the first IB Diploma Class of 2012, remembers how the IB “stretched” her, not just as a student, but as a thinker as well, by “welcoming the connection of different ideas.”

The self-directed and holistic nature of the IB makes the programme accessible to a range of students — whether they choose to pursue the full two-year diploma course of study, or selectively choose IB courses to enrich their passion.

Unlike A Levels — the pre-university qualification in the UK — where a student must specialise down to three or four subjects, the IB has a broader range. IB students are required to study courses from six subject areas (Studies in Language and Literature; Acquisition of Language; Individuals and Societies; Sciences; Mathematics; and Arts) in addition to three essential core elements (Theory of Knowledge, The Extended Essay, and Creativity-Activity-Service).

These subjects provide the opportunity to complete college level work that is measured against an international standard. Students taking one or more IB classes and assessments are twice as likely to graduate from college on time when compared with students who did not take college-level classes, according to studies. 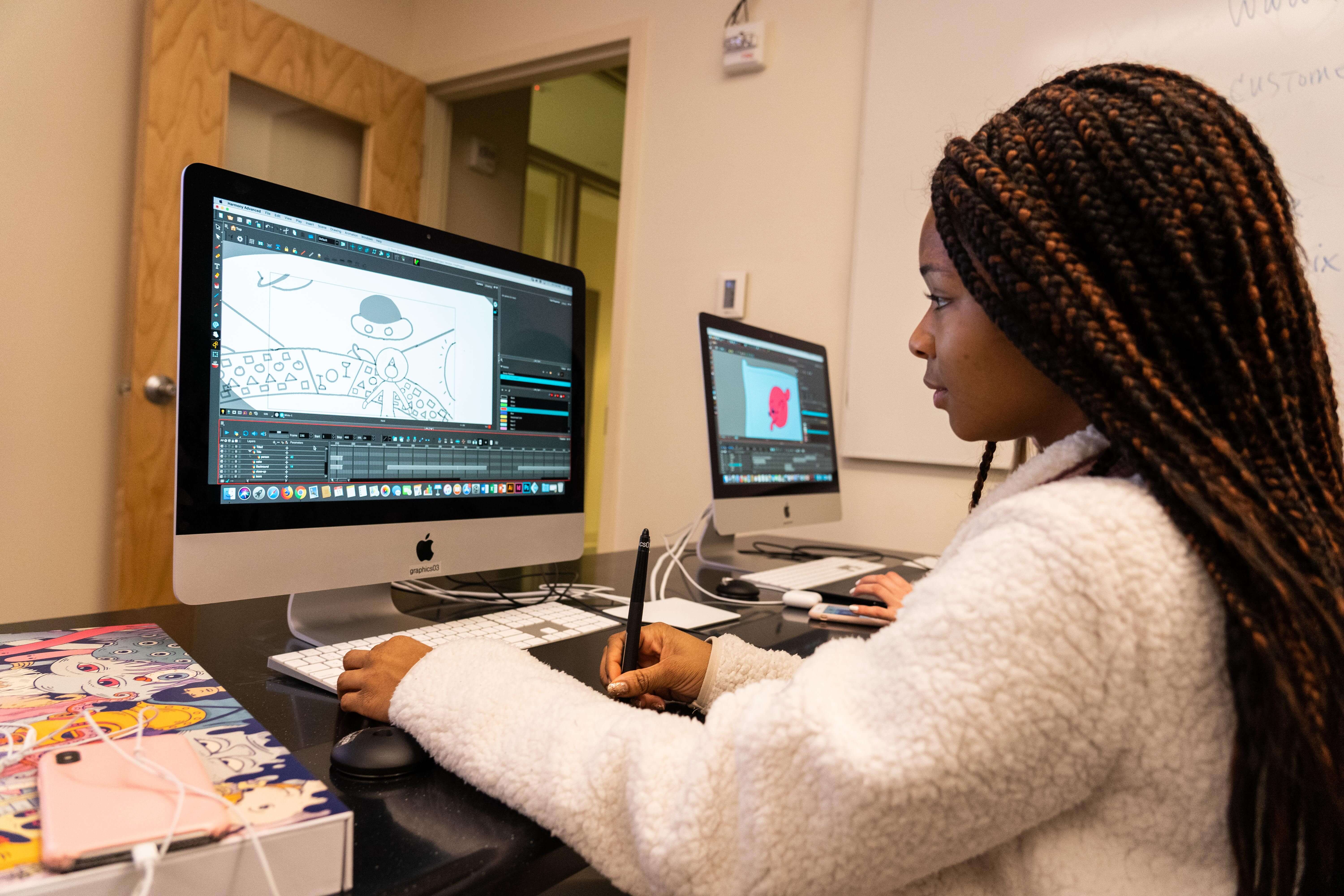 More importantly, there is less emphasis on memorisation. Instead, IB courses teach students to think out of the box and look outside their immediate surroundings.

The impact? Lessons that last a lifetime. Many students can remember every book they read in their two years of IB English, including strangely specific vocabulary. Years later, they can recount formulas from IB Physics and IB Math too.

That’s not all. For many, the IB programme instills life skills such as time management and self-discipline. “The IB programme really taught me how to manage my time, as well as how to be self-disciplined,” says 2012 graduate Erin Moran. “These two skill sets helped me to succeed as I transitioned to college and were even improved along the way.”

One of the core components of the programme — Creativity-Activity-Service, or CAS — pushed Moran to draw broader connections that reached outside of academics and into the real world. More than just an important counterbalance to the academic rigours of the IB, it set her off on a journey of self-discovery within her own community and later, in Belize.

She said that the IB pushed her to be involved much sooner than she would have otherwise — helping her to connect, bringing the world, that can appear so distant in demarcations on a map, so diminutive in textbook data, just a little bit closer. 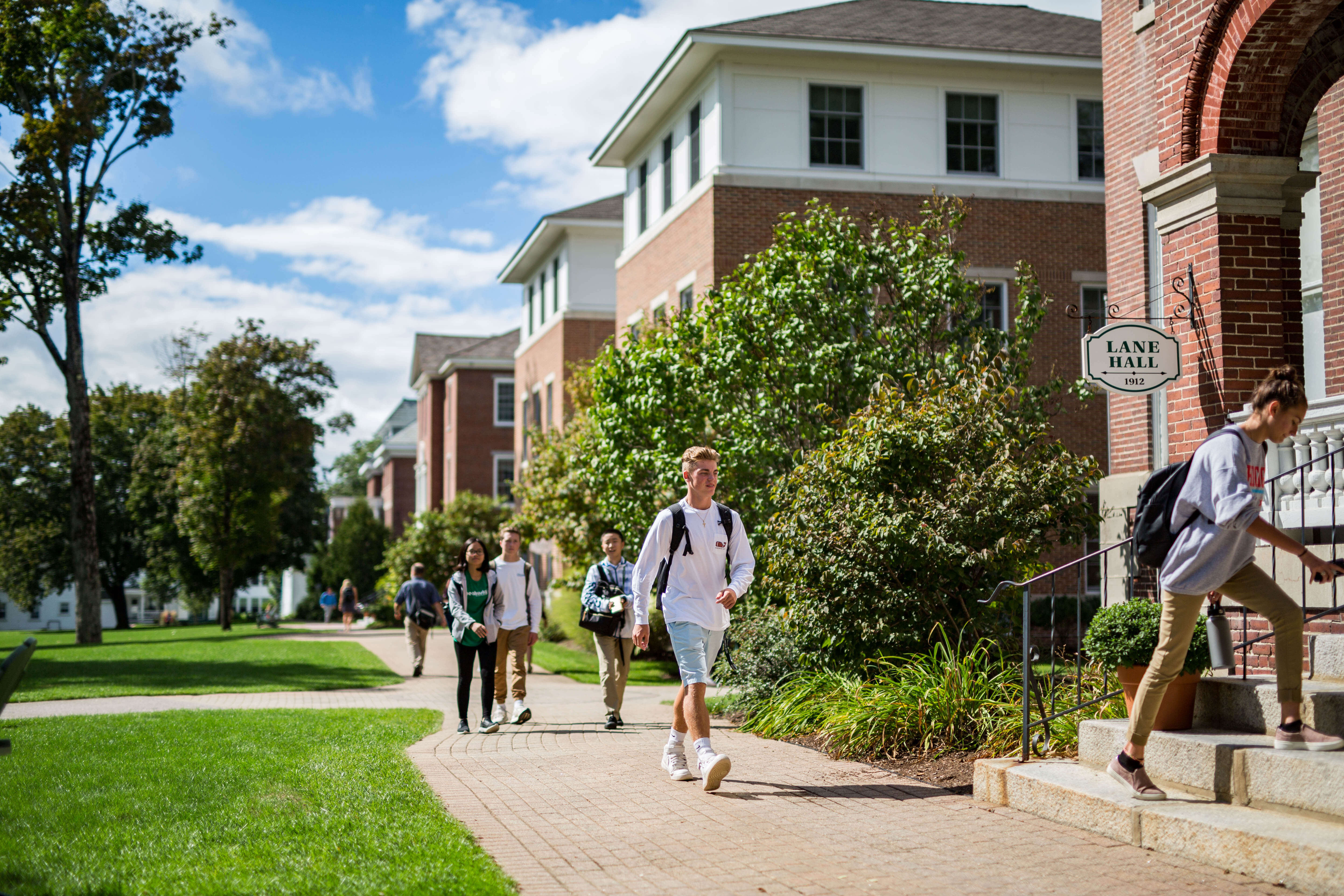 Nestled in the foothills of the White Mountains of New Hampshire, New Hampton School is located in New England, in the centre of the small village of New Hampton. During their leisure time, students are kept busy with a wide array of activities including yoga, theatre, studio art, hiking, snow tubing, ice skating, relaxing by the fire pit, tennis, taking in an athletic game on the turf, and much more.

The school is fertile ground for every kind of creative expression too. The arts curriculum at New Hampton School is expansive, encompassing the visual, digital, and performing arts. These include comedic improv, environmental art, animation, graphic design, ceramics, media production, 2D and 3D design, photography, contemporary music ensemble, and more.

Such opportunities complement the IB perfectly. As Madison ‘16 shares, “The IB programme completely prepared me for the rest of my life. I am always going to be curious about things and just have an unbiased perspective of the world.”

Boarding schools in the US: 4 enriching pathways to academic success 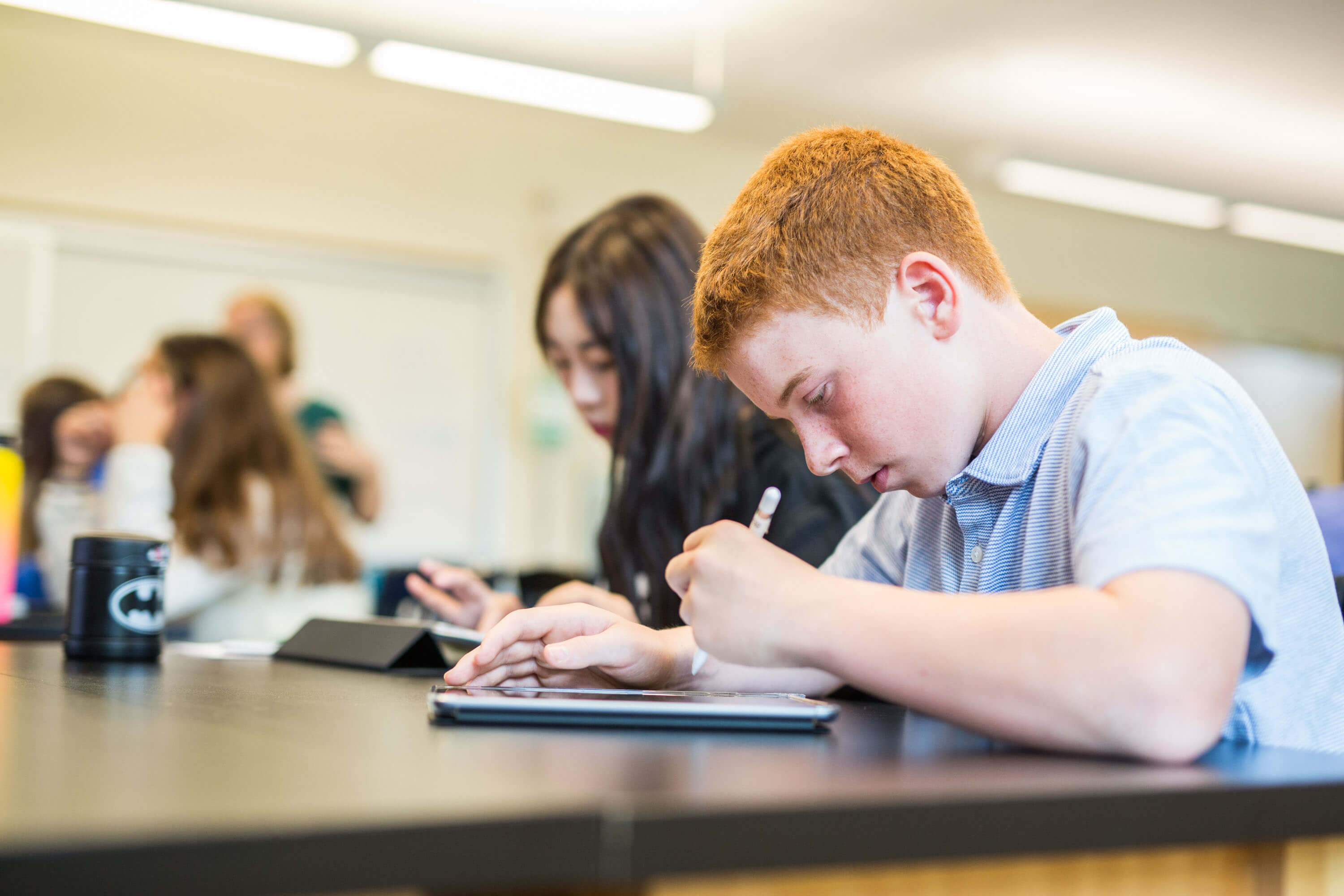 Choosing the ideal international boarding school for your child 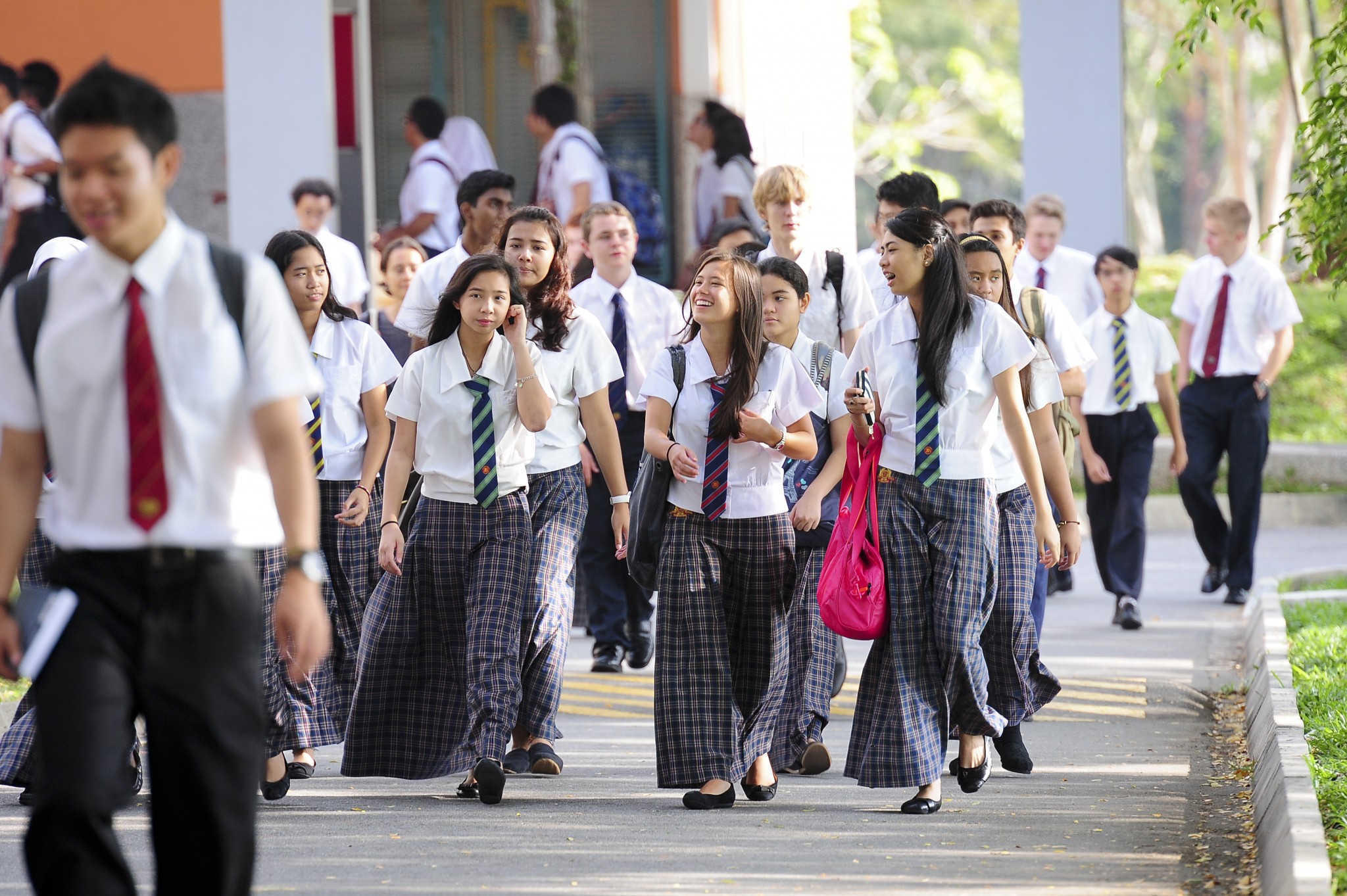 Boarding schools in the US: 4 enriching pathways to academic success

Choosing the ideal international boarding school for your child