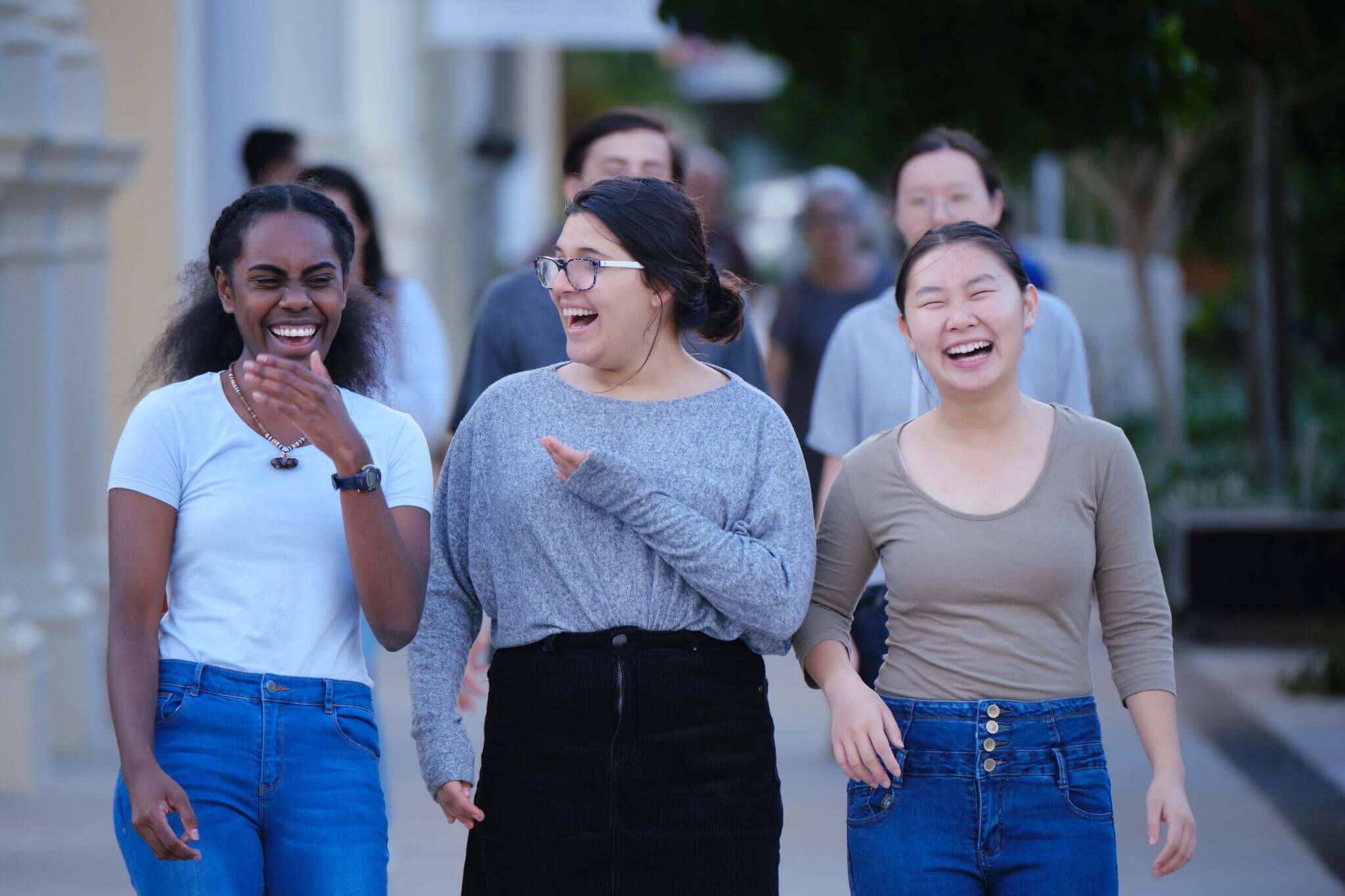 Queensland, Australia: Study where future-thinking is a reality

From sustainably powering cities to developing vaccines for future illnesses, the ideas and innovations changing how communities interact, industries operate, and environments evolve are being developed right here, in Queensland, Australia.

It’s happening because, in Queensland, a global education isn’t just about lectures and textbooks. Queensland universities, businesses and governments encourage students to test their learnings and connect with experts in the diverse, “real-world classroom” outside the lecture hall: Home to over 1,000 ecosystem types. Five World Heritage-listed sites. Rainforests, wetlands, tropics, savannas and deserts abound. From billion-dollar investments in transport and digital infrastructure that have brought Queensland closer to the rest of the world to the remarkable underwater world of the Great Barrier Reef — the state of Queensland is a natural wonderland like none other.

Picturesque surroundings like these inspire communities to champion the preservation of land, habitats, ecosystems and species. Those who arrive here are inspired to connect, learn, and make small but no less positive changes. They do so through the fields of sustainable energy, advanced agriculture, smart mining, and many more for no small goal: building a better world. 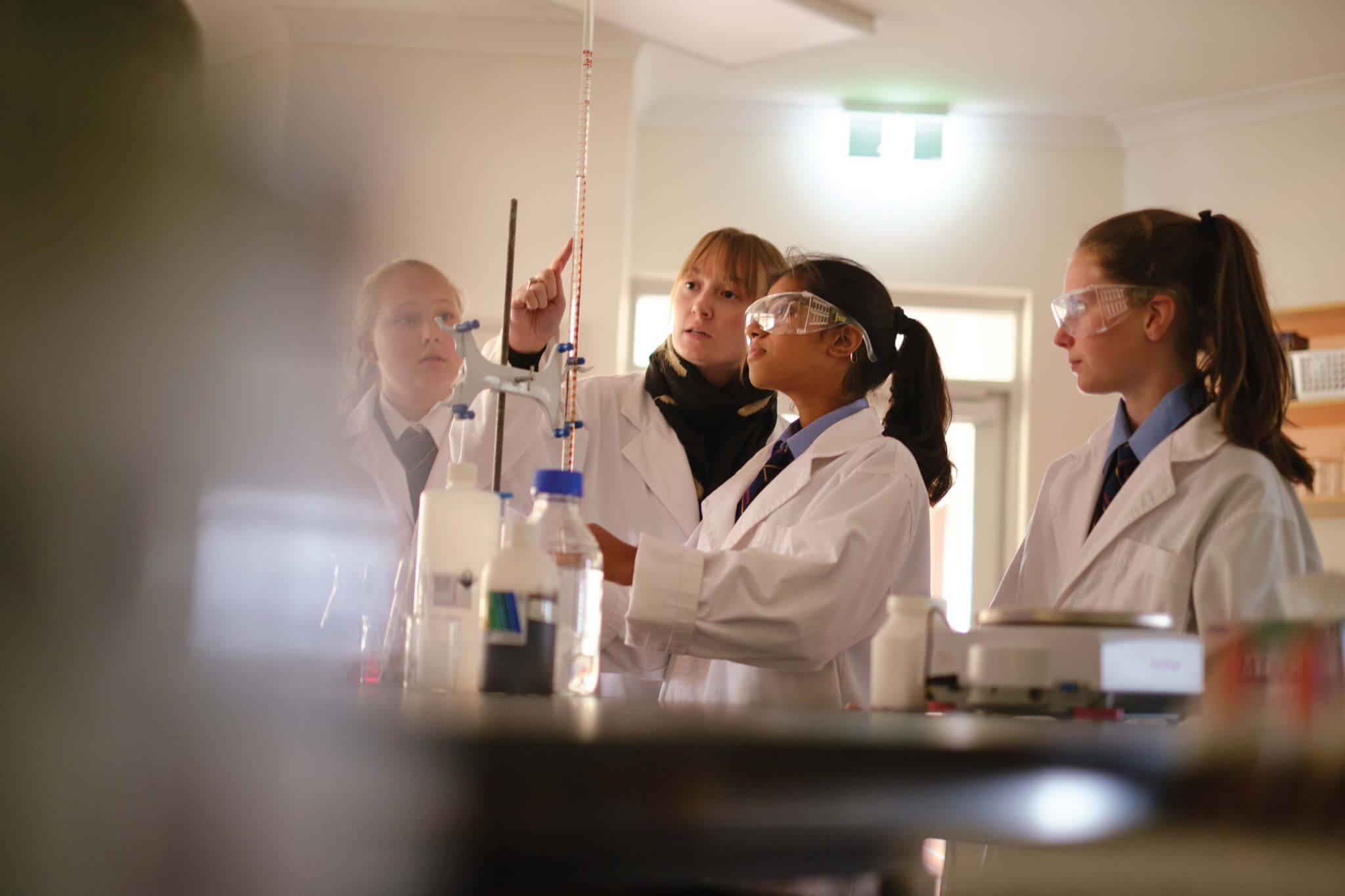 Queensland is home to businesses and experts who are delivering solutions for the world’s fastest growing industries, including:

The state’s dynamic economy makes this possible. This year, Queensland is expecting a 4.6% jump in its economy — more than any other Australian state or territory except Victoria. “Queensland enters 2021 on a relatively strong footing as case numbers remain low and confidence inches higher,” said senior economist Chris Richardson earlier this year.

Ankita Ranjitkar, originally from a village on the border of Nepal and India, sought a comprehensive postgraduate education that would advance her tech expertise. In Queensland, she found just that and more.

At Federation University, she could connect with companies such as River City Labs and Arc Hardware Incubator. She also got to participate in hackathons, networking events, and internships — one of which was as a junior business analyst with Smilo.ai, an oral health start-up.

“These opportunities have been invaluable,” she says. “I definitely think studying in Queensland has given me an edge in my future career”.

Ideally positioned at the crossroads of the Asia-Pacific region, Queensland is home to internationally-renowned tourism, agriculture, resources, construction and education industries, plus a globally-respected research and bio-industries sector.

For those interested in a career in next-generation aerospace, Queensland and Australia are both best described as “emerging global players,” according to Adam Gilmour, co-founder and CEO of Gilmour Space Technologies — one of Australia’s leading space companies which is pioneering new technologies and capabilities to launch low-cost rockets and satellites into space. Furthermore, almost half of the world’s top 10 aerospace companies have a presence in Queensland, such as Boeing, Airbus, Northrop Grumman and Raytheon.

“There are a few factors that have put Queensland on the map in regards to the space industry,” Gilmour explains. “Firstly, there is plenty of physical outdoor space in Queensland, which is very handy if you are launching rockets. We also need space to test rocket engines and, of course, there are many excellent locations for an orbital launch site in Queensland.”

Gilmour also adds that federal and state governments are committing resources and funding to the industry — a move that could lead to more space companies attracting venture capital in Australia. 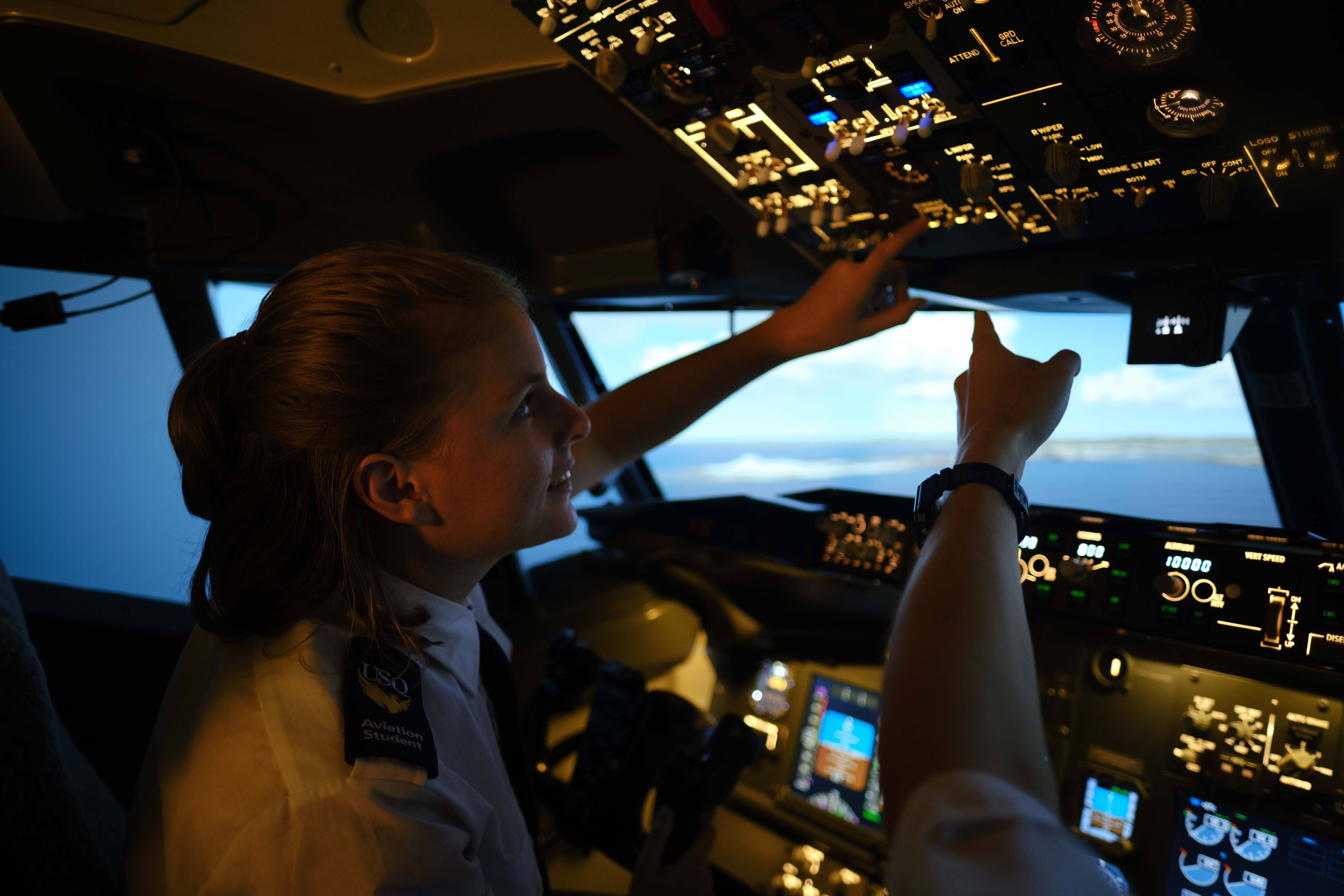 For those interested in a career in next generation aerospace, Queensland and Australia are both best described as “emerging global players.” Source: Study Queensland

By design, a home to green industries

With around 300 days of sunshine a year, long coastlines, and an abundance of open land, Queensland provides far more than picturesque backdrops; it’s also the perfect environment to forge careers in sustainable and renewable energy.

“Our sustainable energy industry is regarded as having lots of potential,” says Professor Ian Mackinnon, founder of the Institute of Future Environments at Queensland University of Technology. “Queensland is ideally positioned to build a strong, globally powerful sustainable energy industry with the skills and capacity to handle newer forms of technology to improve efficiency and develop new products from biomaterials.”

Australia’s vast tropical, subtropical agroecological zone and geographic location in the Southeast Asian region also puts it in the forefront of crop development and advancement. Home to an internationally-recognised and market-oriented agriculture and food industry that prides itself on innovation, this is where advancements that have worldwide implications are born.

Professor Sagadevan Mundree, an expert in biochemistry, biotechnology and tropical crops; and the director of the Centre for Agriculture and the Bioeconomy at Queensland University of Technology, confirms this. “The advancements in Queensland’s agriculture industry are due to multiple factors: our unique tropical, subtropical agro ecological zone; government investment in infrastructure and the knowledge economy; and gene modification R&D,” he says.

The state is a world leader in the field of biomedicine too — recognised for producing technology that develops HPV vaccines; research and treatment of infectious diseases; as well as its expertise in applied immunology used in current clinical trials of cancer therapies.

For those seeking a career in smart mining, Queensland is the place to be. Here, you can find world-leading equipment, technology and services. The state also has a strong reputation for advanced manufacturing and engineering technologies.

Read More On Study Queensland
Promoted by University of Queensland

Destination Australia: Your ticket to international travel and study 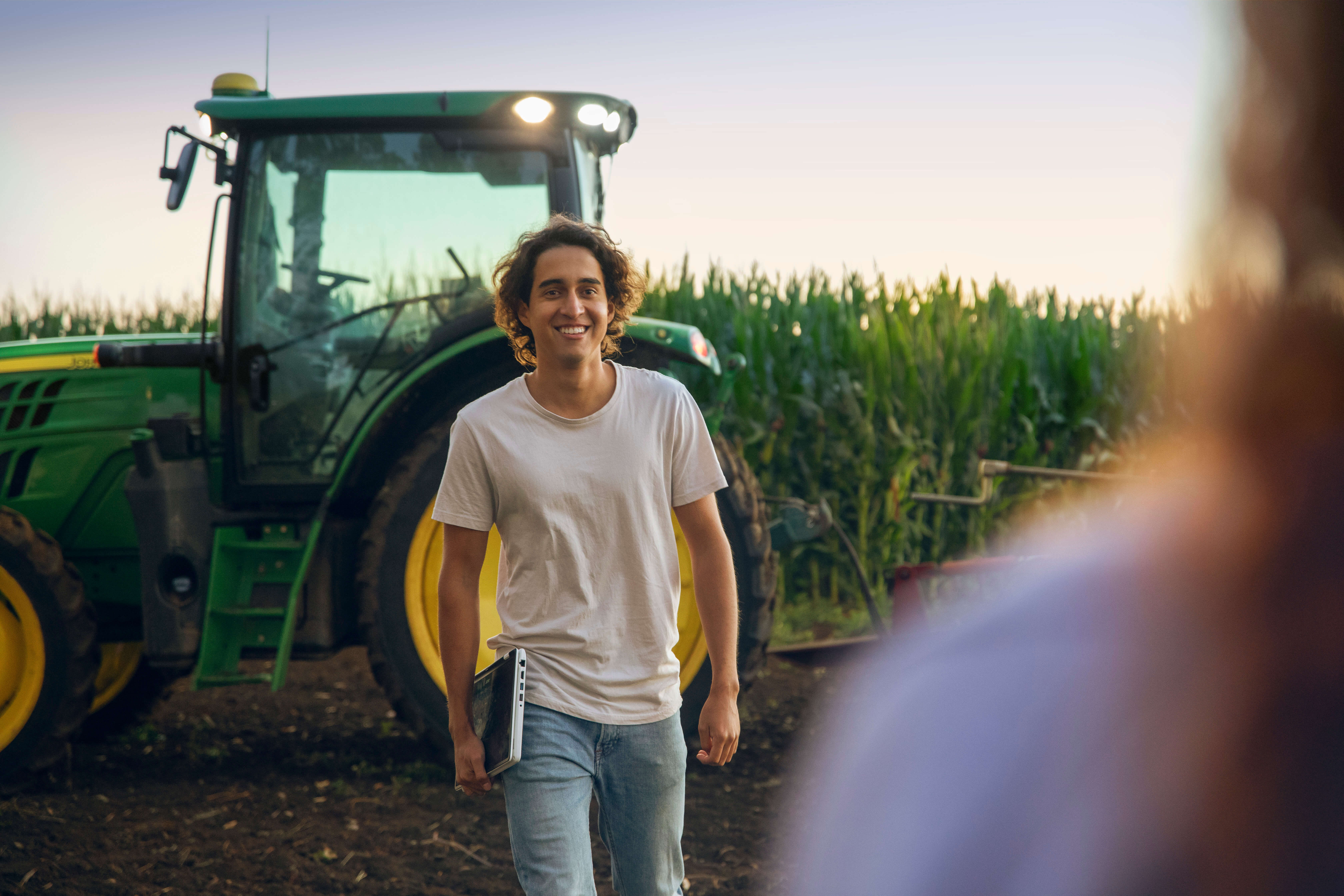 TAFE Queensland: Upskill or reskill your way to the top 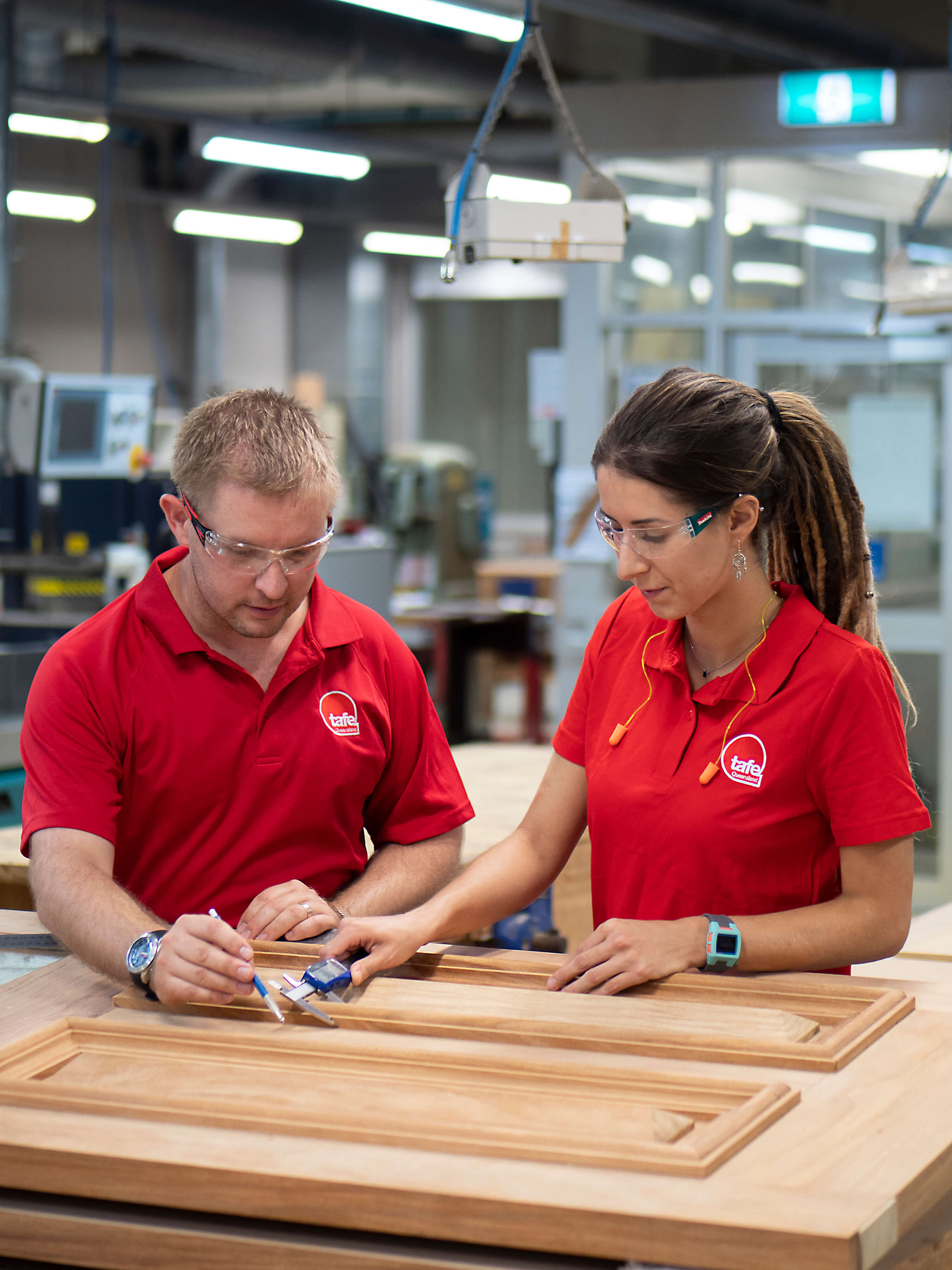 Promoted by University of Queensland

Destination Australia: Your ticket to international travel and study

TAFE Queensland: Upskill or reskill your way to the top