2 unis, 3 regions: An American filmmaker’s quest to know the world

When Emma Kay Tocci was 17, she won a film competition which took her on a 16-hour flight from Colorado to Athens. Incidentally, when she was there in 2015, it was the middle of the Greek bailout crisis. There, she realised how much of the world she didn’t know of, which then prompted her to want to learn more about global issues at uni.

Her trip to Greece got her thinking of ways to broaden her perspective so she started working with her counsellor to apply to New York University in Abu Dhabi (NYUAD). She dedicatedly retook her ACT examinations, got better scores and applied.

After majoring in Film and New Media at NYUAD, she decided to further her studies abroad by applying for the Global Korea Scholarship to study in Seoul. Her hard work paid off — she won the fully-funded programme sponsored by the South Korean Ministry of Education to study language and culture for a year in Daegu. After Daegu, Tocci will go to Seoul to pursue a master’s degree under this scholarship.

Below we speak to this American scholar to learn more about her academic journey around the world:

What was it like studying at NYUAD? What are some of the biggest differences between South Korea and Abu Dhabi? 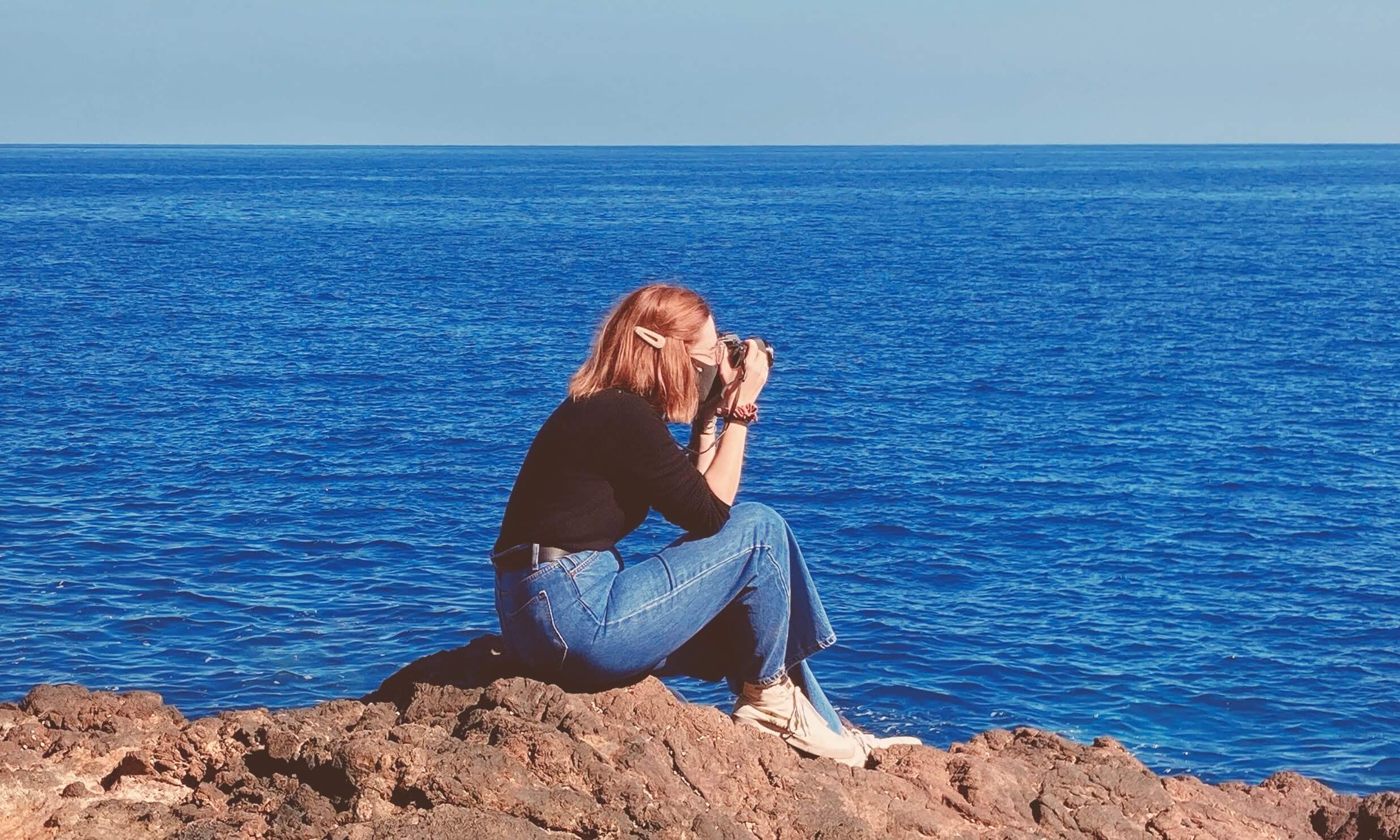 I loved my time at NYUAD! It was an experience I was not prepared for in the slightest though, so I had a lot of learning and adapting to do. Both NYUAD and Abu Dhabi are extremely diverse, and I realised — the hard way — that my high school education hadn’t prepared me to confront anything outside of typical US American values and history.

For a while I tried pretending to know everything, but soon realised I wouldn’t learn anything from that. Putting my pride aside, I started asking questions, and my classmates were more than willing to teach me about their country, background, and perspective. Despite the challenges at the start, through making connections, Abu Dhabi quickly became a home to me.

The biggest difference between Abu Dhabi and South Korea, is that while the first is incredibly diverse, the second has been known for its homogeneity – in terms of ethnicity — but very diverse with values and political values. Although changing every year with a larger influx of international students and workers, the overall percentage is still quite small.

While I never really stood out in Abu Dhabi, in Korea I’m immediately seen and labelled as a “foreigner” which comes with its own set of privileges and challenges. Life in the UAE is all about living alongside many different cultures, while life in Korea is about adapting to just one.

What made you choose to apply for the Global Korea Scholarship? 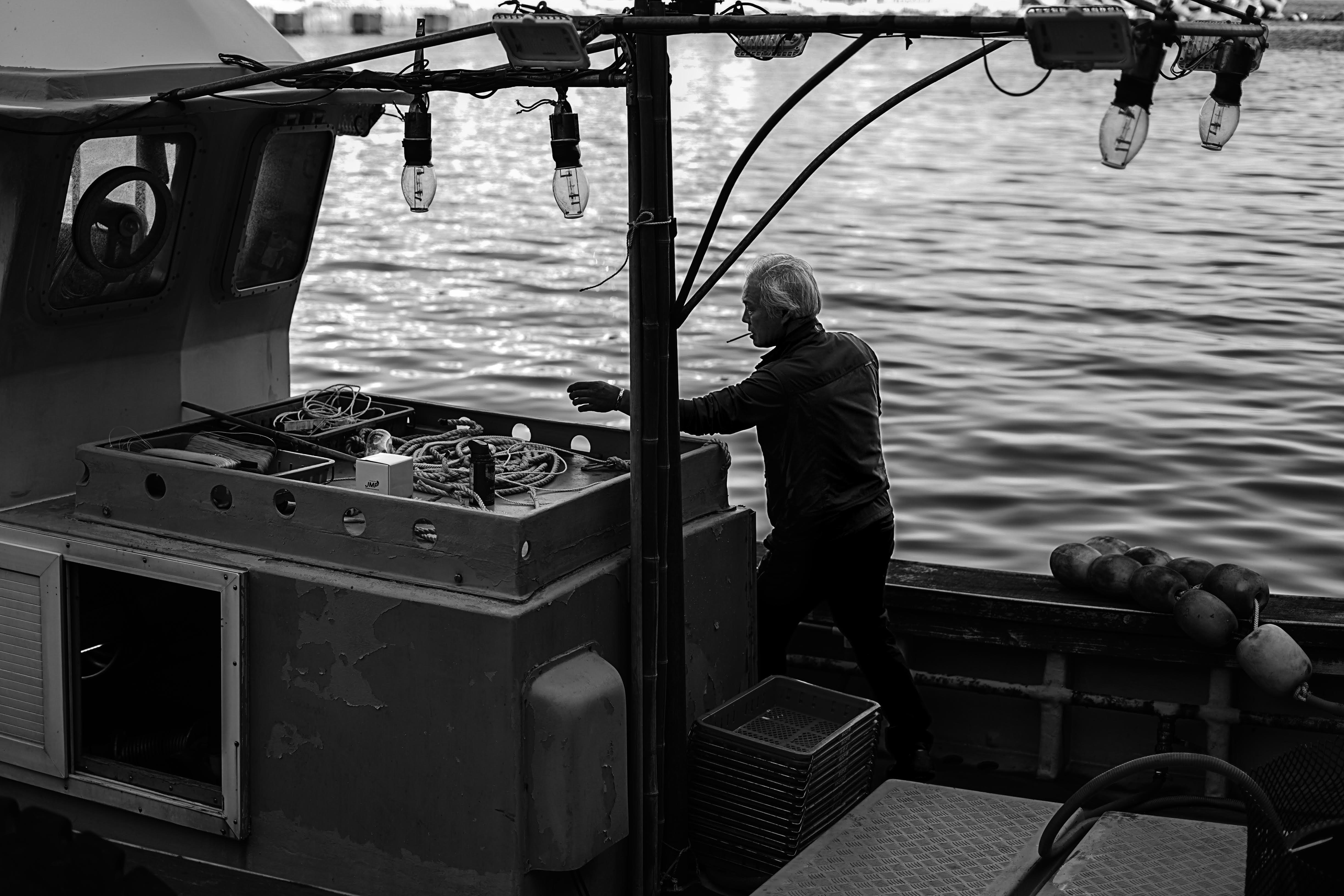 As soon as she started reading about the Korean language, she was immediately sold by how smart and intuitive it is. Source: Emma Kay Tocci

After my junior year, I was really lost with what to do following my graduation. This was until my mother gave me some great advice: instead of thinking about what I want to be, I should ask myself what I want to learn. My answer? A second language.

So I researched a few different scholarships, but as soon as I started reading about the Korean language, I was immediately sold by how smart and intuitive it is. In addition to planning on going to grad school, learning Korean and being able to get my master’s degree was a perfect suit!

Walk us through your Daegu experience, what are some of the challenges you face?

I attend language lessons from 9.a.m. to 1:30 p.m. every weekday and also try to find opportunities to practise Korean outside of class. Since my arrival, I’ve travelled a decent amount through Korea as well which has broadened my perspective of the country and its history.

Most of the challenges I struggle with are centred around COVID-19 and the ways it restricts everyday life. It’s difficult to meet students because most classes are online, so on-campus life is rare. Although I have Korean friends from NYUAD here, they live far away, so sometimes it can get lonely. 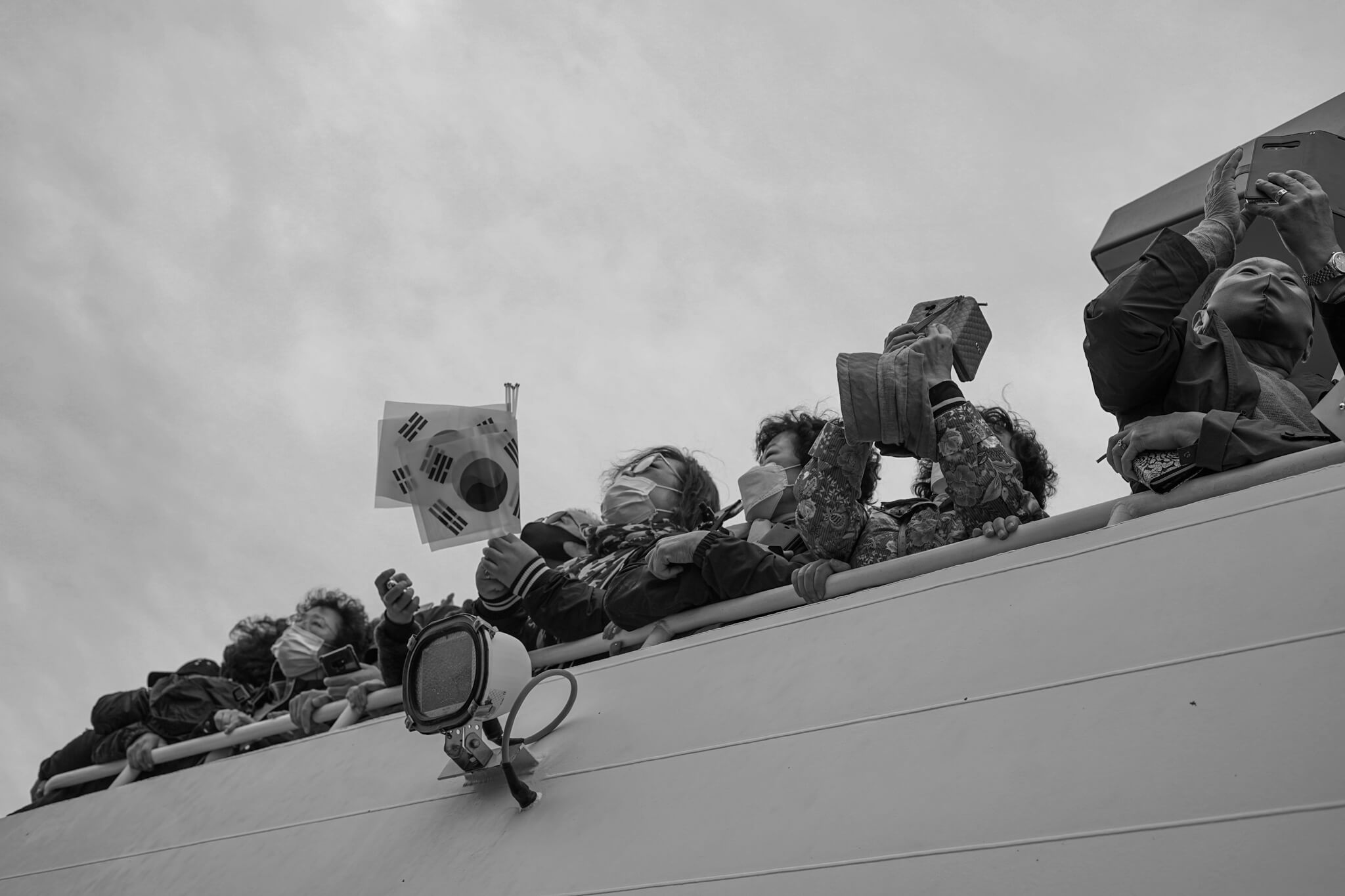 Tocci got a scholarship to study language and culture for a year in Daegu, a once-in-a-lifetime experience. Source: Emma Kay Tocci

Do you have a backstory for your inspiration for how media technologies impact cross-border and political relationships?

Before NYUAD, I never realised how ignorant I was about the world in general. This led me to research about US citizen’s global awareness which then led me to give a TEDx talk about it in my junior year.

One of the main contributing factors to our ignorance is the monopoly the US has on the world’s media industries. However, recent developments in communication technology means we have more access to learning about other countries than ever before.

Korea is a great example of local entertainment media that has an international impact. Just last year, South Korea broke records with their music and movie industry, to the point where K-pop and the movie “Parasite” became casual conversation topics in the US. In the last decade, the rise of tech has fundamentally changed how we communicate across borders and cultures. We are entering an era where alliances can be tested because of a single Tweet.

With media now often being the main cause of social change, it’s important to understand how this rise of globalisation and an increasingly digital political landscape impacts bilateral foreign relations. 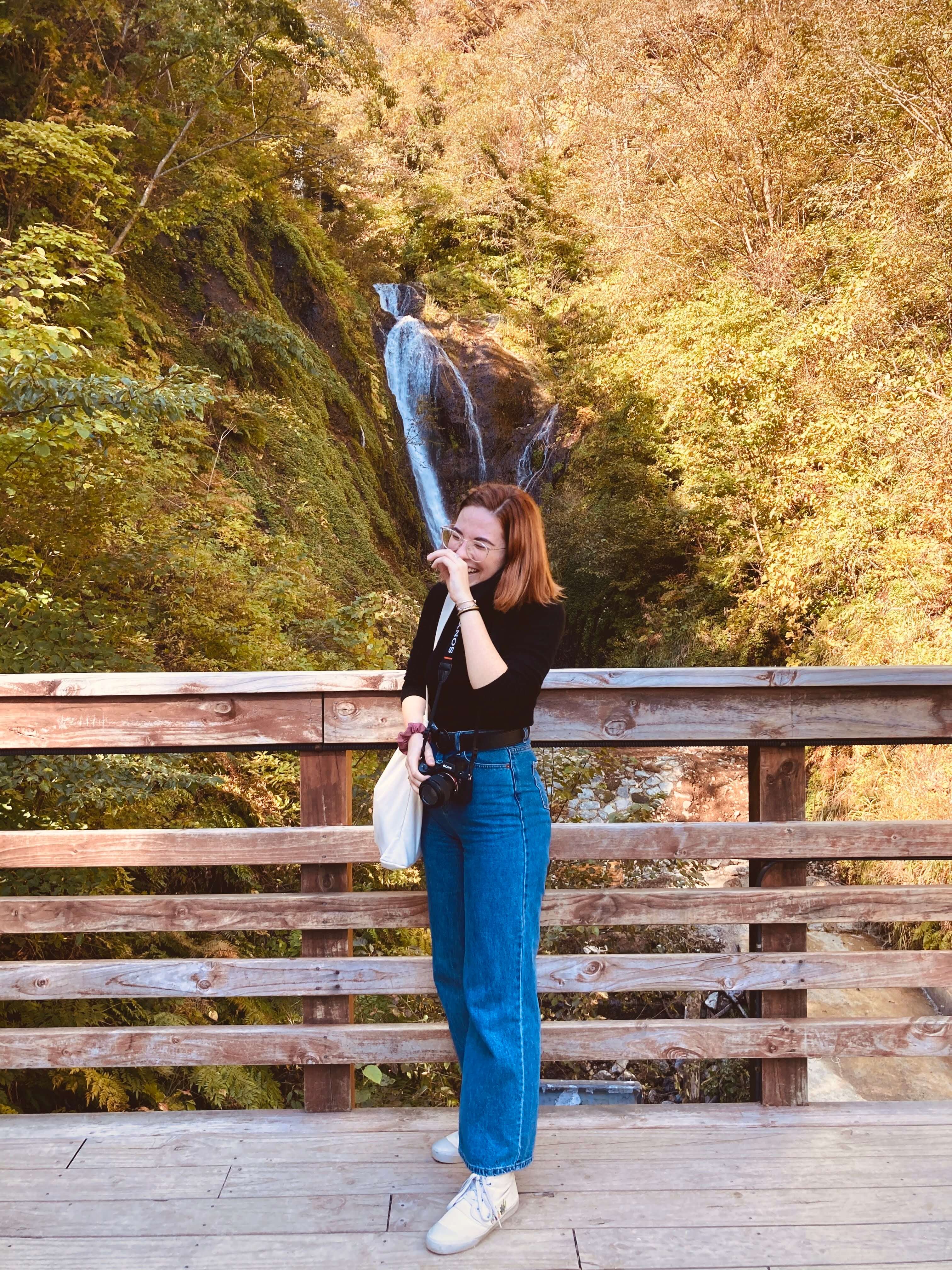 Having travelled a decent amount within Korea has made Tocci appreciate the country so much more. Source: Emma Kay Tocci

Yes! Choosing to live abroad definitely changed the course of my life. It made me want to keep learning even after my undergrad studies. Most of all, constantly adapting to new situations gave me incredible confidence. I’m much more willing to take risks and continuously challenge myself. I realised that I really can just… figure it out!

What has been your most memorable experience in Daegu so far?

When joining a uni club in South Korea, they often join with other uni clubs in a programme called Membership Training (MT) — an excuse to meet a bunch of other students with similar interests. On my MT, we were divided into different teams and participated in a giant scavenger hunt, talent show, and stayed up until dawn playing drinking games.

I was so nervous because I was the only foreigner on the trip, and my Korean was rocky at best, but every single student made me feel super welcomed. At one point, it was 3 a.m. and I was singing with strangers gathered around a guitar out of tune which was unbelievable for me. A strange but happy experience. 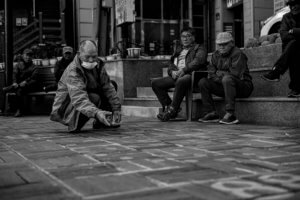 What are your academic goals in your master’s programme, and what skills have you gained thus far?

My main goal is to continue learning Korean. Languages have never come easily for me, but I aim to be comfortable with Korean. I plan to continue my lessons and reach a level where I can work in a Korean company. In addition to the language, I’m also looking forward to revisiting the research I started during my undergraduate studies to take it to a more specific level.

What are your plans after graduating?

I think finding a job combining my backgrounds in media and international studies is the main goal! Right now, I’m considering certain think tanks in South Korea, such as the Institute of Foreign Affairs or the Sejong Institute. I could also see myself transitioning back to a more media-focused company with a role regarding international communication. 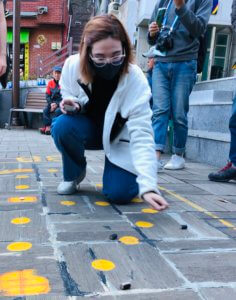 Do you have any advice for international students looking to study in South Korea?

Learn Korean! Not only will it be easier for you to get around, but it will also show that you’re actively trying to be a part of Korean society. Although it’s a difficult language — even if it’s just ordering food or calling a taxi — showing your commitment goes a long way !화이팅 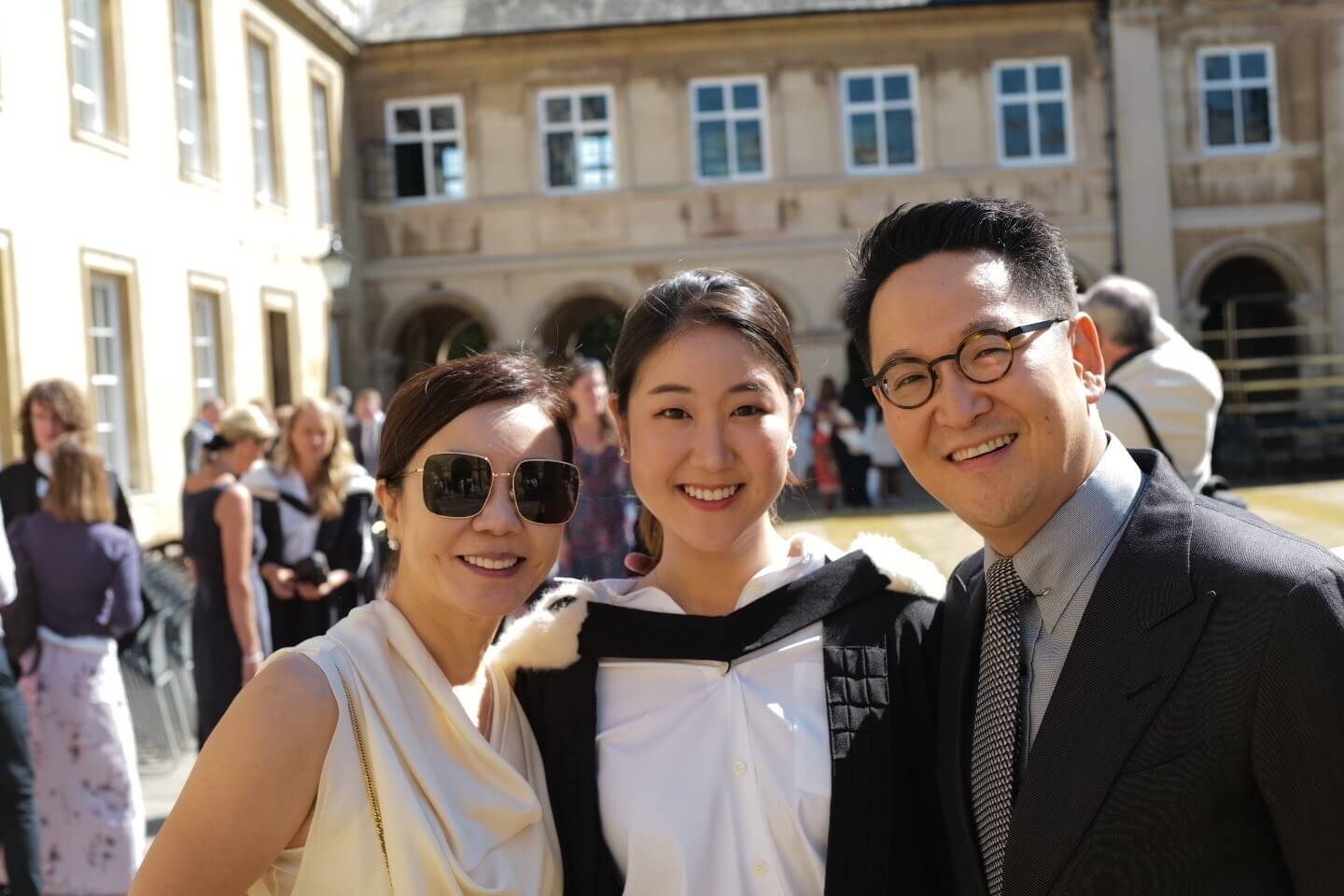 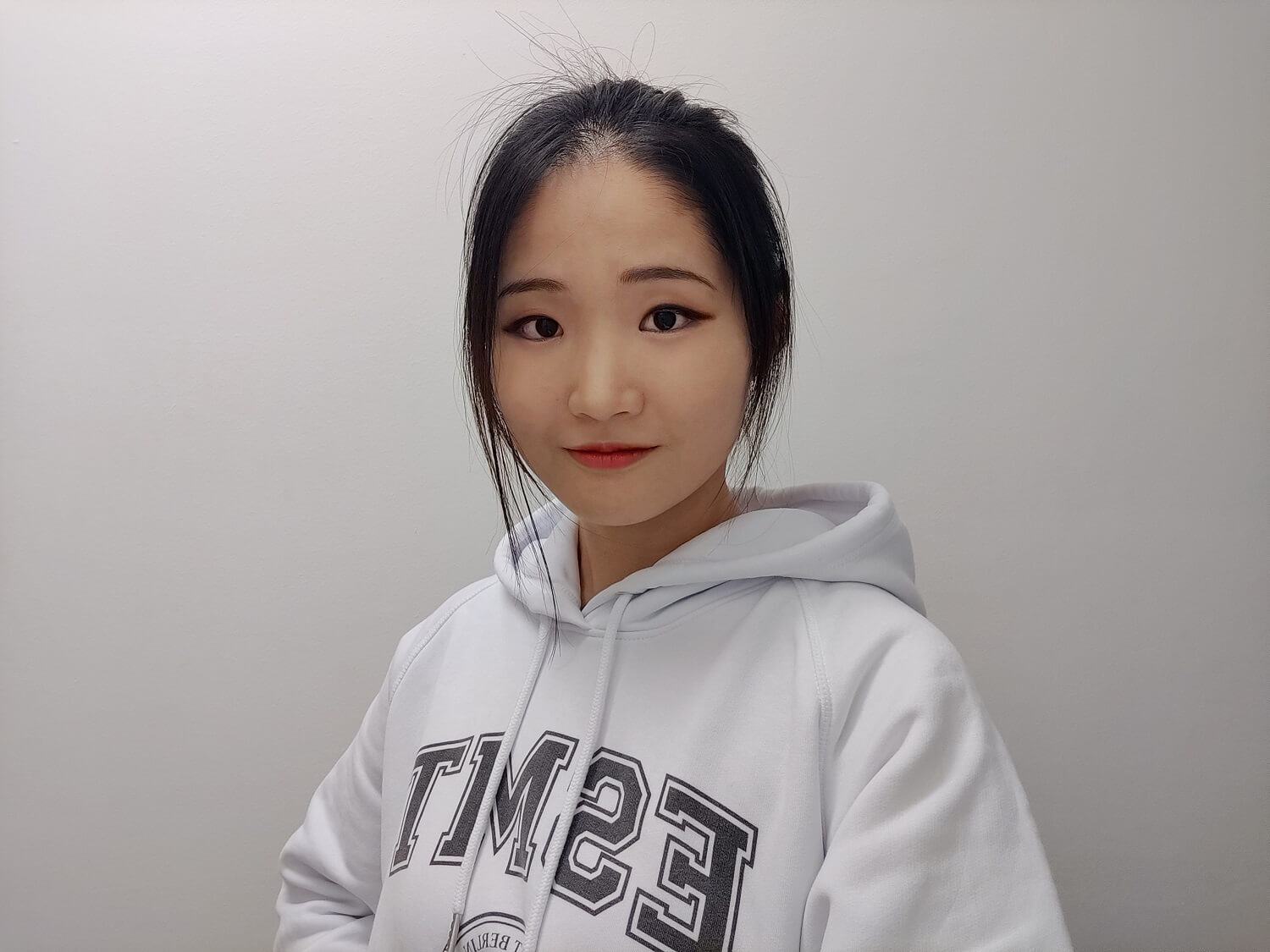