Did you know: Israel is the only country in the world that has more trees than it had 50 years ago? From biblical times to present day, this holy land has long attracted visitors with world-famous sites and Mediterranean climate. There is something for everyone here — mountains, deserts, valleys, the Dead Sea and the Red Sea, among many attractions. They attract scores of visitors and of course, international students. Affordable tuition and living costs helps to study in Israel. Though it varies, the average tuition is around US$4,500-15,000 per year at both undergraduate and postgraduate level. Living costs are around US$10,500 for each year of study.

The three major cities are Jerusalem, Haifa and Tel Aviv who all boast their own individual personalities for the best student experiences. Jerusalem may be the capital, but Tel Aviv is considered to be the country’s most liberal and cosmopolitan space that used to host exciting nightlife pre-COVID-19.

At the heart of a diverse and dynamic culture, you’ll engage in an amazing academic experience if you choose to study in Israel. This country is known for its fast development into a high-tech, enterprising economy. It also boasts high investment per capita in start-up companies, making it one of the best business hubs in the world. In less than three weeks since it launched its COVID-19 vaccination drive, about 14% of the population has received the first of two jabs. 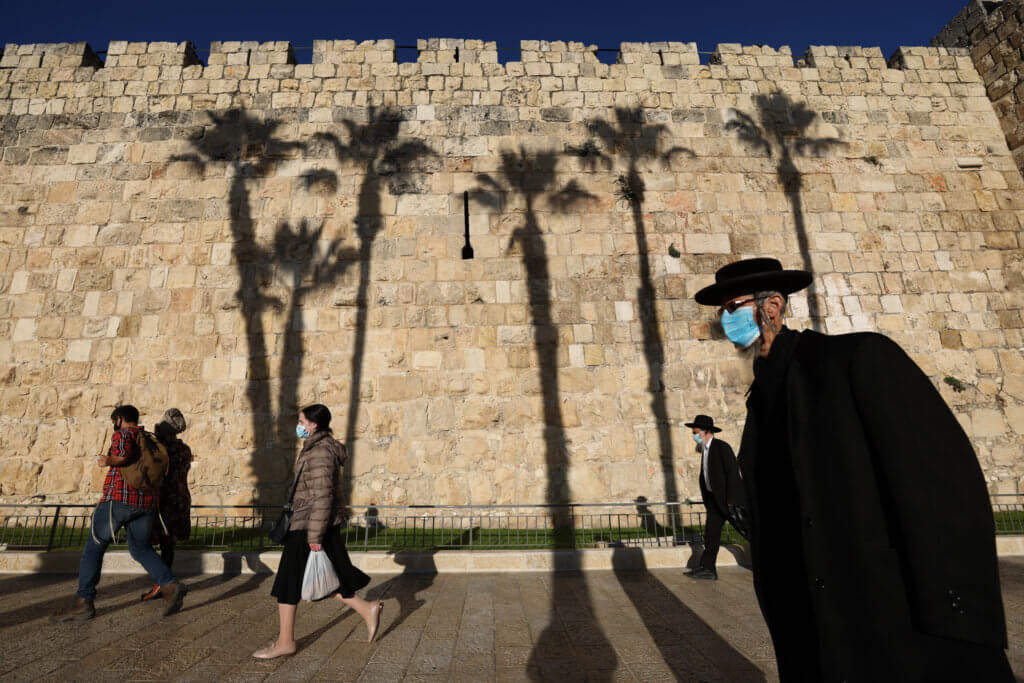 Choosing to study in Israel has its perks. Jerusalem, a major capital city in Israel, is home to three major religions and some of the best unis in the world.  Source: Emmanuel Dunand/AFP

With this track record of innovation, it follows that the country would have many highly-ranked unis — and they do. Below we take a look at six of the country’s unis ranked the highest on QS:

The Hebrew University of Jerusalem

This public uni is ranked first in Israel and 177th globally by QS. It is the country’s premier academic and research institution, founded in 1918 by visionaries including Albert Einstein, Sigmund Freud, Martin Buber and Chaim Weizmann. Today, it has more than 23,000 students from 90 countries, making it a truly global institution. It also produces a third of the country’s civilian research, ranking 12th worldwide in biotechnology patent filings and commercial development. 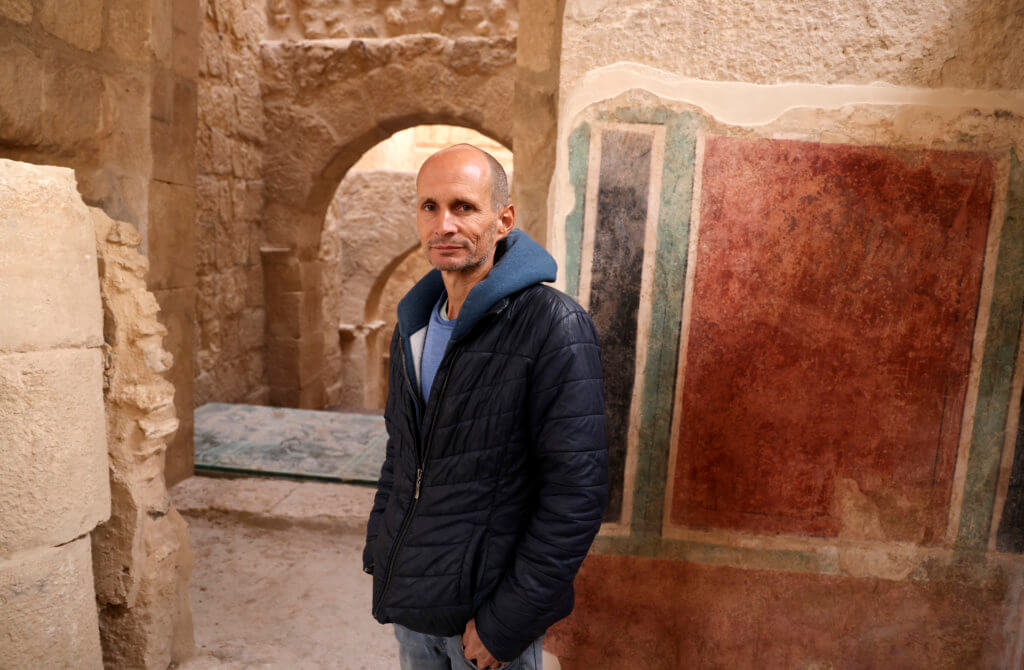 Roi Porat, an archaeologist at the Hebrew University of Jerusalem and head of the Herodium excavation at the arches corridor at the Herodium palace built by Herod the Great between 23-15 BCE in the Judaean desert, southeast of Bethlehem in the occupied West Bank. Source: Menahem Kahana/AFP

This public research university is ranked second in the country and 230th globally by QS. It offers the widest range of teaching and research fields in Israel. Academic staff are internationally-recognised, with many leading their field of research.

This is a public university in Haifa, the third-largest city in Israel. Ranked 291st in QS Global World University Rankings 2021, it is also the oldest uni in the country. Founded in 1924, Technion has played a pivotal role in putting Israel at the forefront of science and technology.

Ben-Gurion University of the Negev

At 446th, Ben-Gurion University (BGU) of the Negev was named after Israel’s first prime minister. Its main campus is located in Beer Sheva, the largest city in the Negev desert of southern Israel. BGU is committed to giving back to the community and has a vision of making the desert bloom with agriculture, science, technology and innovation. 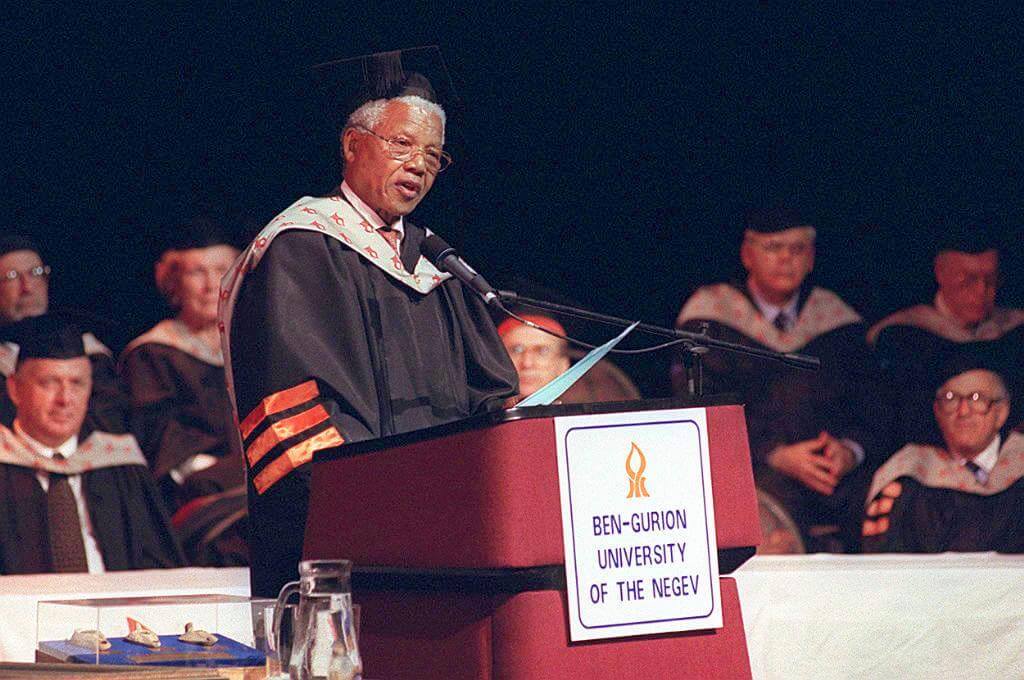 Praised as a “man of peace,” President Nelson Mandela addresses the audience after being awarded an Honorary Doctorate by the Ben-Gurion University of the Negev, Israel, in Cape Town. Source: Anna Zieminski/AFP

This public uni in Ramat Gan — a city in the Tel Aviv District of Israel — is the fifth highest-ranked uni in Israel, according to QS. Its student body is diverse — religious and secular students come from all over Israel. With six regional colleges across the country and a multi-faceted faculty, this provides a unique atmosphere for the exchange of ideas. 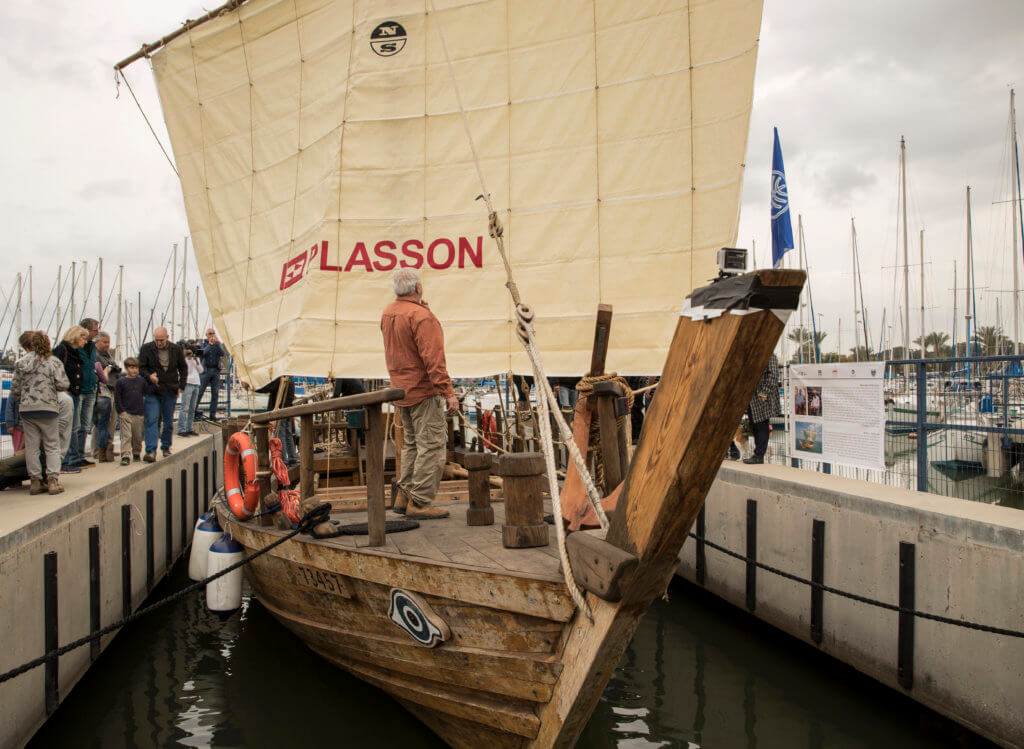 Members of the University of Haifa and the Israel Antiquities Authority prepare to launch an identical replica of a 2,500 year-old Hellenic merchant vessel in the port of Haifa. Source: Jack Guez/AFP

At a ranking of 701st worldwide and sixth nationally, the University of Haifa is an academic institution with outstanding teaching and research facilities. Established in 1972, this uni has a world-renowned reputation in several different fields of research such as: Humanities, Social Sciences, Law, Welfare and Health Sciences, Natural Sciences, Education and Management. With 20 international academic programmes in English, the University of Haifa attracts many students from abroad. 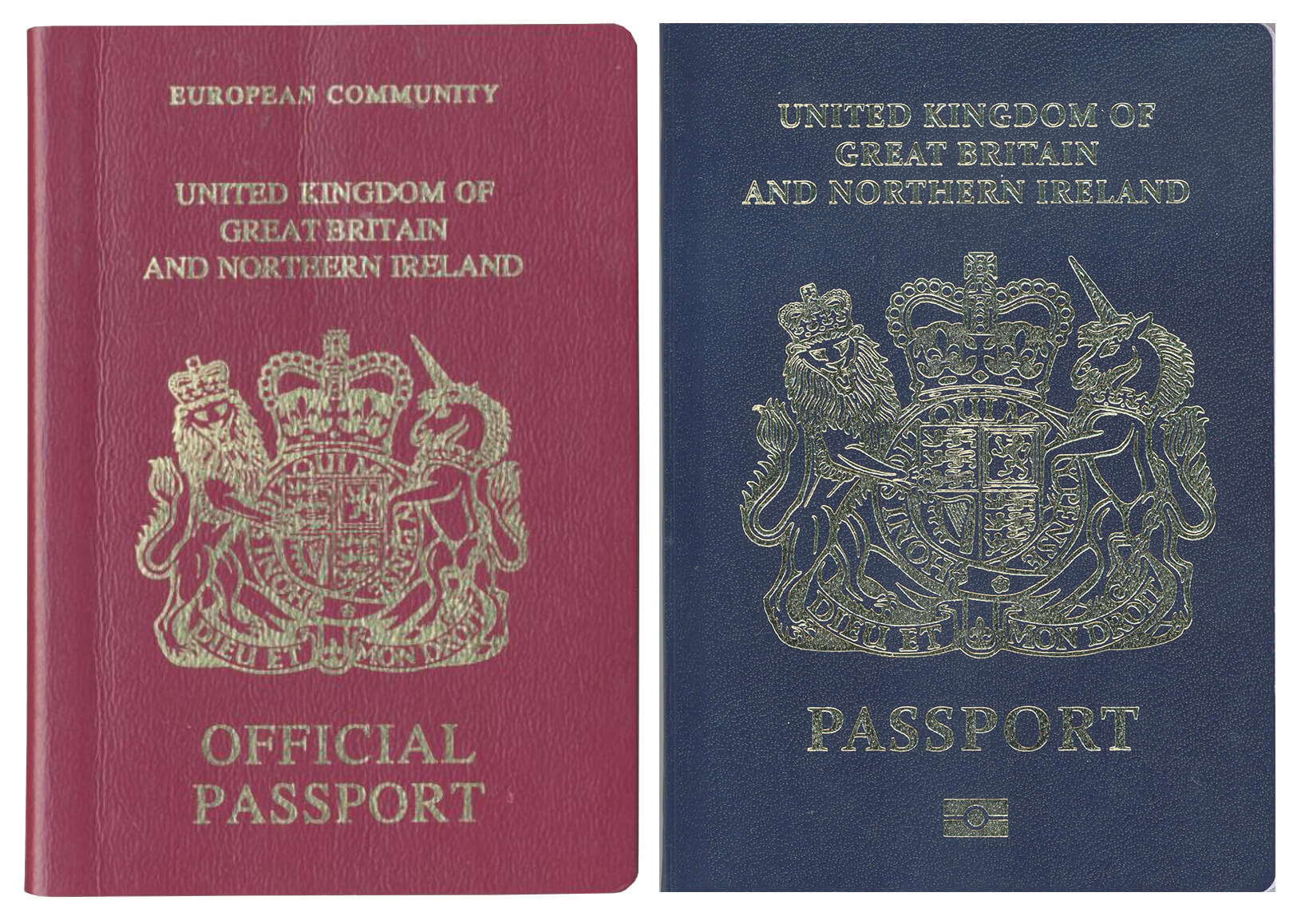