From ambitious plans to simulate black holes with holograms to building the world’s smallest engine, the latest projects in the world of physics continue to inspire future scientists and lead the planet to the forefront of innovation.

Tackling big questions such as ‘How did the universe begin?’ or, ‘How will the universe change in the future?’, physics is a discipline for those who are curious about what’s to come and want to find answers to these sorts of queries.

Instead of just concerning theoretical concepts, physics may be applied to every sphere of human activity, such as the development of sustainable energy production, treating cancer through radiotherapy and diagnosing illness through various types of imaging, developing computer games, manufacturing sports equipment and predicting earthquakes.

The ‘jack of all trades’ for science degrees, physics is an umbrella term for classical physics, modern physics, nuclear physics, atomic physics, geophysics, thermodynamics and more. But where you’ll take your physics degree is up to you.

Opportunities are plenty, but universities need to keep a firm grip on the equality of their science degrees, as according to Physics World (PW), it appears to be slipping.

“Physics will fail to achieve its maximum potential as long as the gender gap – and similar inequities- persists,” PW points out.

“Physics is often portrayed as a solitary endeavour; the occupation of lone, socially awkward geniuses with little understanding of the real world. Of course, this paints a false picture of how physics is done, which is namely through active collaboration and globally co-ordinated efforts.

“The public image of physics fundamentally misrepresents the role science has in our society – how it furthers our understanding of the world, how the application of fundamental research improves lives, and how it allows us to gather evidence to craft interventions that will sustain our planet. Changing how the process and purpose of science are represented can, therefore, be effective in attracting communally oriented individuals, regardless of gender,” PW adds.

A collaborative discipline that welcomes avid researchers and scientific changemakers, physics is a force to be reckoned with.

That’s why, when selecting a physics degree, you must ensure that the university has a future-facing department, a diverse student community and dedicated faculty that promotes your academic pursuits.

Committed to the research of cutting-edge sectors and active in multi and interdisciplinary research for several years, the University of Geneva in Switzerland grants future scientists a progressive study platform within its Physics section.

The UNIGE Physics Section sits at the forefront of science and technology, offering a high-profile study of physics and providing intellectual tools that allow students to solve problems within and outside the realms of physics, autonomously and originally.

Recognised for its intensive training by world-class researchers, the MSc Physics programme at UNIGE supplies a broad spectrum of courses in physics and provides students with an in-depth education in specialised areas such as particle physics, quantum matter physics, theoretical physics, applied physics and cosmology.

Combining the curriculum with internships opportunities at prestigious institutions such as CERN, ESA and NASA, you’ll benefit from a work-integrated learning experience.

International in nature, studying at this university means you’ll collaborate with aspiring physicists from all over the world. The small class sizes will increase your interaction rate with professors and your research-intensive campus is ideally located in the heart of Europe.

So, if you want to master the complexities of physics and produce contemporary solutions to complex problems, scroll through the Physics Section at the University of Geneva today and see what you can study.

One of Europe’s leading centres for higher education and research, Stockholm University in Sweden is another study abroad location that leverages the skills of future scientists.

At the Department of Physics, the MSc Physics programme sharpens your abilities to plan, perform and analyse advanced experiments and deepens your knowledge in one or several areas of your research preferences.

Closely connected to prominent and world leading research, this programme covers areas in modern physics from atomic physics to condensed matter and quantum optics to instrumentation and nuclear physics.

The university’s professors are engaged researchers, taking on experimental projects while providing you with a dynamic education in a fast-paced learning environment.

Boasting student-centered and research-based teaching methods such as flipped classroom styles, peer instruction and online assessments, whichever course you opt for at Stockholm, your career prospects are bound to be high.

The MSc Physics programme provides a great foundation for PhD studies in experimental physics, but the thorough training with project planning and instrumentation is also requested for high-technological development work in transport, energy, economy or communications industries.

Check that you meet the entry requirements for this course here, or find out more about the student life in Stockholm here!

Proud holders of the Athena Swan Silver Award, the Physics and Astronomy Department at UCL has been praised for its long history of advocating for equality and diversity.

Welcoming all future scientists to its doors, the department addresses the under-representation of women in university physics and encourages better working conditions for both women and men.

With a wide range of undergraduate and postgraduate degrees on offer, the MSc Physics degree remains popular with international learners due to its insightful techniques and in-depth views of specialised research areas.

Inclusive of core modules such as Advanced Quantum Theory, Particle Physics, Atom and Photon Physics, Order and Excitations in Condensed Matter, Mathematics for General Relativity, Climate and Energy and Molecular Physics, UCL MSc Physics postgraduates leave the university with extensive employability skills and knowledge of the latest technologies in science.

Through this degree, you may also get to work with an international team at the Large Hadron Collider (LHC) in Geneva, the Dark Energy Survey (DES) in Chile or at the Institut Laue-Langevin in Grenoble, uniting international students with the power of physics.

“From the elementary to the extraordinary,” KU Leuven’s Department of Physics and Astronomy in Belgium enables students to unveil nature’s laws and dig deeper into condensed matter physics, nuclear physics or theoretical physics through their degrees.

By undertaking the Master of Physics at KU Leuven, you’ll start to possess a thorough knowledge of modern physics, you’ll become familiar with the most recent developments in the research area of your master thesis and you’ll soon be capable of acquiring knowledge, carrying out research and autonomously tackling scientific problems.

On the research front, KU Leuven delves into various research domains such as nanosystems and interfaces, biophysics, nuclear structures and statistical physics.

With a balanced student life and welcoming orientation week, learning at Leuven will prove to be an enthralling educational experience and the kickstart you need in becoming a 21st-century physicist.

How to become an astrophysicist 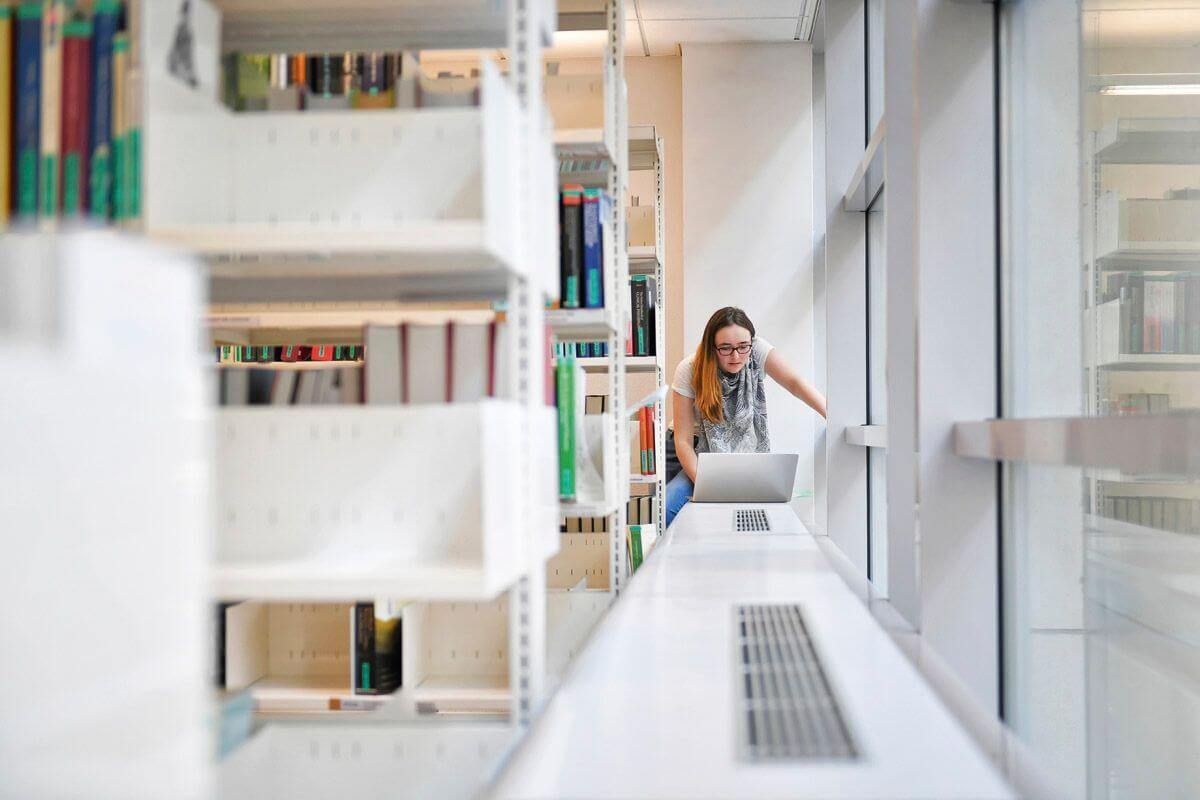 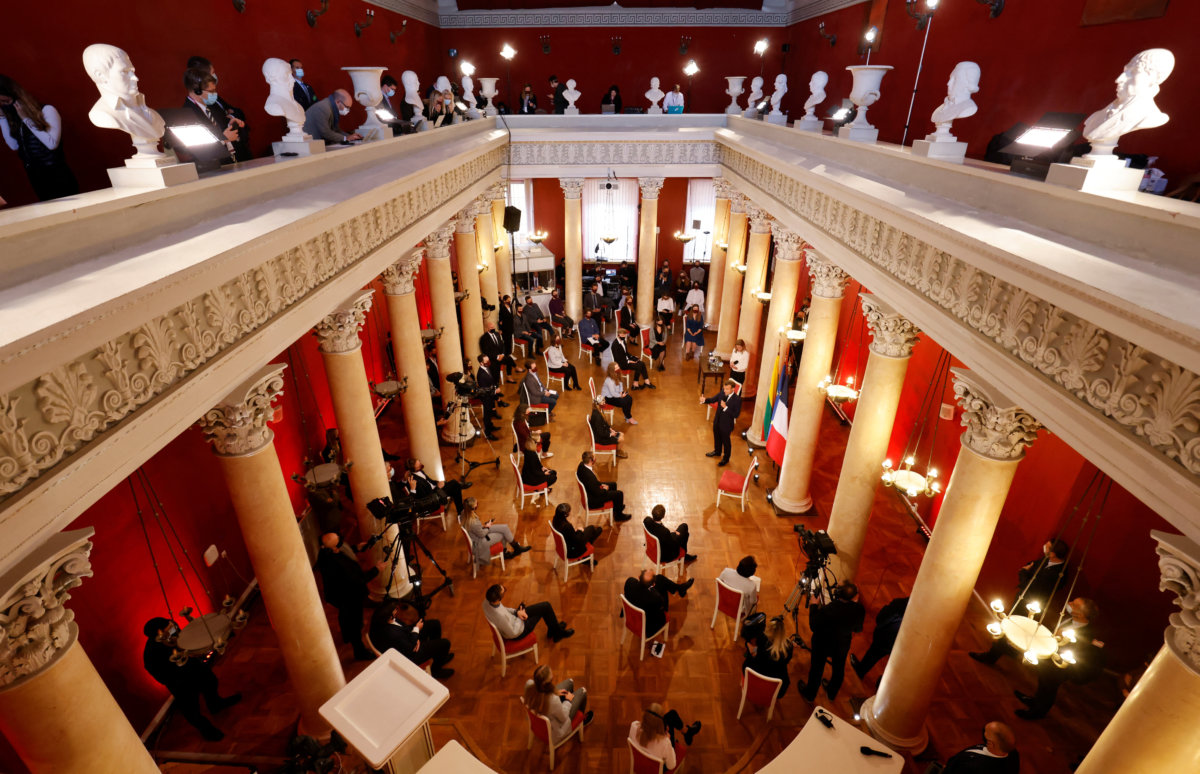