A Master’s in Management in Berlin with pretzels, beers and freedom of expression

When Ekin Matkap was 13, she attended a prestigious boarding school in Istanbul, 12 hours away from her home in Antakya, Turkey. During her life as a boarder, she took part in an exchange programme in Cologne, Germany which then motivated her to seek a life abroad to continue exploring and expanding her horizons. Ten years later, she would find herself studying in Germany again.

Her journey began at Cass Business School in London as an undergrad in pursuit of a BSc in Business Studies. Later, she applied and got into ESMT Berlin’s Master’s in Management (MIM) programme. Here, she leads the Women in Leadership Club as co-vice president. When she’s not busy empowering other women to take up senior roles, she works as a demand hacking analyst for DigitalFuture Summit, an event organised by ESMT Berlin MIM students where university students can discuss and learn about digitalisation from industry figures. Check out below what else Matkap enjoys about studying and living in Germany:

Tell us more about your exchange trip to Cologne.

During 2013, I completed an exchange year for a non-profit organisation called “Youth for Understanding” in a small town called Erftstadt. I knew very little German when I arrived, so it took me months to be able to follow conversations. Once I got better at the language, I started getting closer to people at my school. 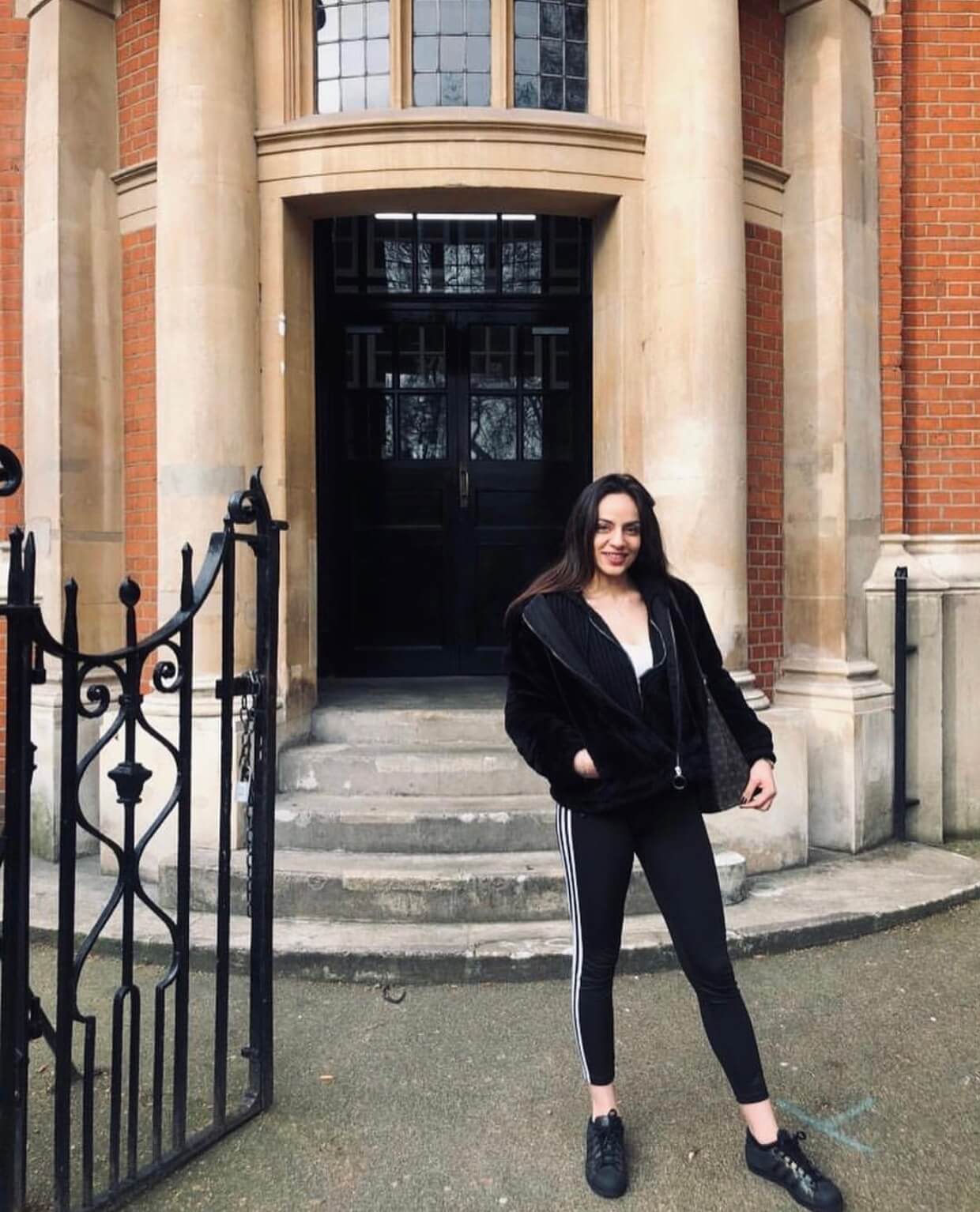 Matkap was only 13 when attended boarding school in Istanbul. Source: Ekin Matkap

I had a host sister who was the same age, attended the same school, and introduced me to her friends. The city was very small, so it helped in terms of being in closer contact with everyone. My classmates threw me a farewell party on my last night and to this day, I am still in contact with my host family and friends from there!

I love pretzels, beers and the bread variations! I love how the cities are green, and there are parks where you can watch sunsets and enjoy your Sunday evenings. The things I particularly like about Berlin, is the freedom of speech and not being judged for expressing opinions.

Berlin is a city where you don’t feel like an outsider. It’s a friendly and welcoming place with no expectations to be a certain way — a great place for an international student!

Tell us more about your role for the Women in Leadership Club and DigitalFuture Summit.

The Women in Leadership Club is really close to my heart. During my BSc and internships, I met fantastic women who were more experienced than me. I benefited from their mentoring, coaching and support. It’s important that the ESMT community get to hear from such women as well.

My role for this club is being a point of contact for the various events that we organise. This could be reaching out to alumni to build on partnerships with outside organisations or other clubs. The focus of these events is to bring real value to women in our community.

The DigitalFuture Summit is organised by Master’s in Management students at ESMT Berlin, and before I joined this uni, I took part in this event in the summer of 2020. The topics covered — technology and digitalisation — were of great interest to me and apply to a wide range of industries.

In my role as a demand hacking analyst, I draw insights from data we gather from social media content, website traffic, and I work together with a team to test different strategies. In this very dynamic environment, we take on a lot of responsibility. 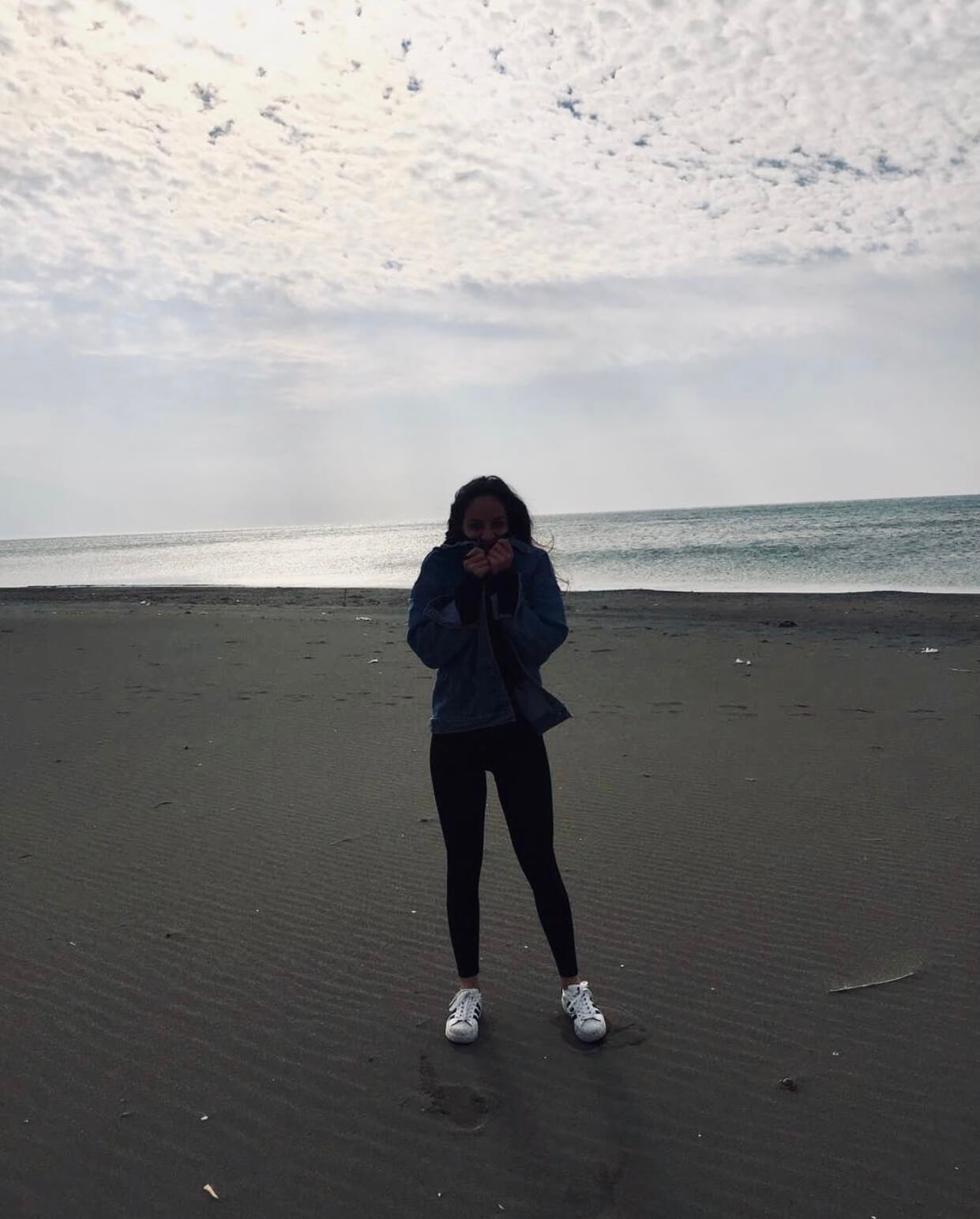 Although Matkap misses the warm Mediterranean weather, she finds living in Germany has its unique perks, such as green cities and parks. Source: Ekin Matkap

Tell us about your internship experiences and what you’ve been up to recently.

My initial plan was to stay in London as I had secured a marketing role in a nearby city, but the company called it off last minute as they stopped external hiring because of Brexit. Although this was frustrating for me, it allowed me to reflect on my own path which is what led me to study in Germany. In April, I will start an internship for my compulsory module at Lieferando — a young and exciting company.

What have been your most memorable and non-academic experiences in Germany so far?

The pandemic certainly limited what I can explore in Germany. Social life is not exactly what you would expect it to be as an international student, but I managed to gather many great memories regardless.

I arrived in Germany a little later than my peers due to visa delays. In my first week, I managed to attend a Halloween party which was very memorable for me. I met most people from school there and then for the first time. It made me feel so at ease and welcomed at such an early phase.

A fun time was when my friends and I took a day trip to Potsdam to sightsee, eat great food, and enjoy each other’s company. Another memory that stood out for me, because I was surrounded by great people, was when we took a trip to Poland for New Year’s Eve.

What’s the local food in Germany like? Tell us your most and least favourite food.

I live in a very lively neighbourhood in Berlin, so the local food is highly varied. From sushi to döner kebabs, everything you can imagine is here. My favourites, so far, would be ramen and a few local pizza places. There are some great vegetarian options as well. I’m unfortunately not the biggest fan of the German cuisine — heavy meaty meals — except for the German bakeries. 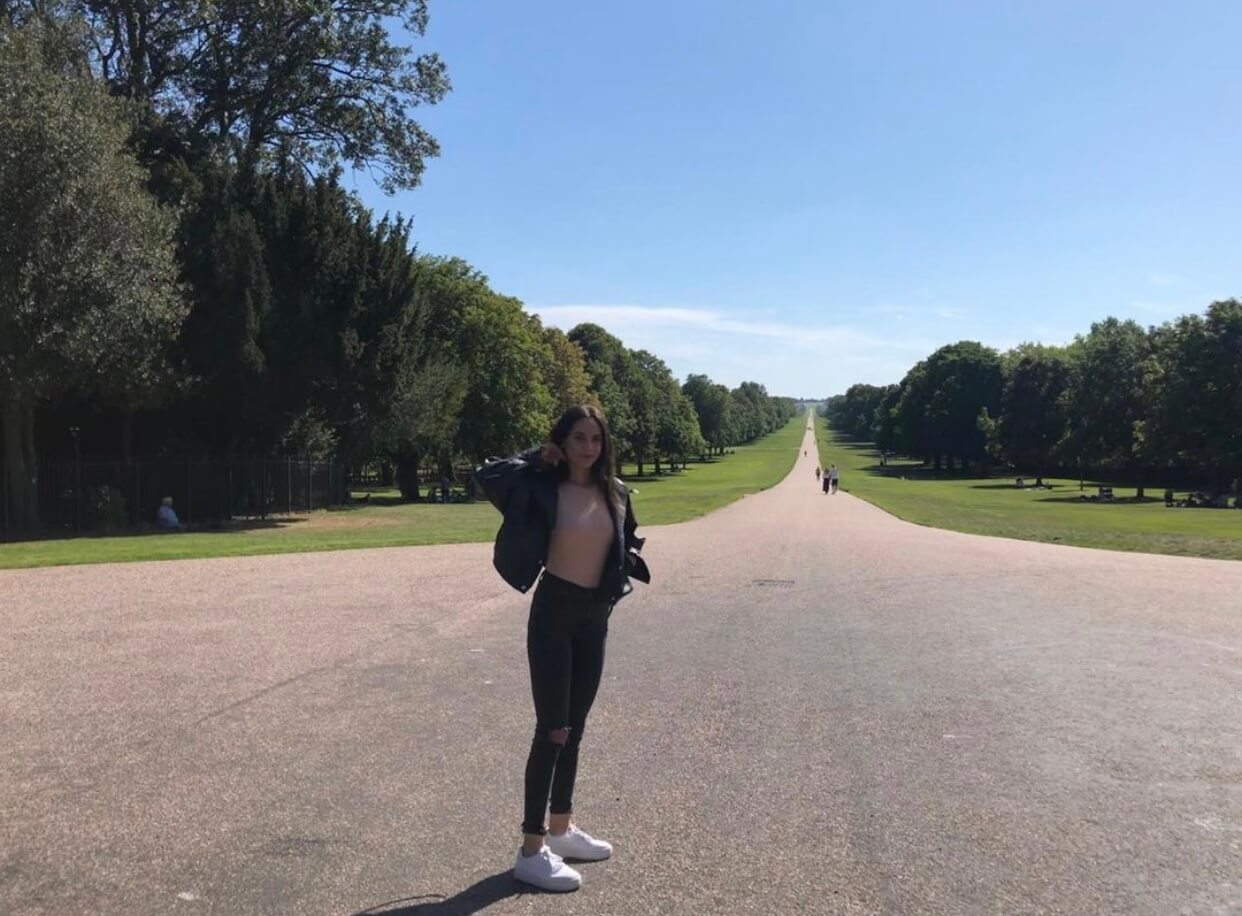 Always reach out to talk to anyone if you’re feeling lost or in doubt, Matkap advises. Source: Ekin Matkap

What’s one thing from Germany you’re planning to bring back home?

Spekulatius, buttery biscuits similar to British shortbread cookies but more heavily spiced for festive seasons. They are typically consumed around Christmas, but I keep treating myself every now and then — so delicious! I would love for my loved ones to try it too. I also promised some friends back home that I would bring some unique vintage pieces to them. Flea markets in Berlin are filled with those.

What’s one thing from home you miss, and how do you substitute it?

The cold in Germany has been a little intense for me as I’m not so used to harsh winters. I tend to miss the mild and salty weather back home. Since it is difficult to substitute weather, I wear a warm scarf given to me by my grandma which feels like a warm hug when it’s really cold. I also drink homemade herbal tea mixes which smell and feel homely.

What advice do you have for international students looking to start a new chapter in Germany?

Just do it! Be brave, there’s no better way to learn new things about yourself. Germany really welcomes international students. Surround yourself with people and meet as many as you can. Put in the effort to find your crowd and hold on to human interactions. 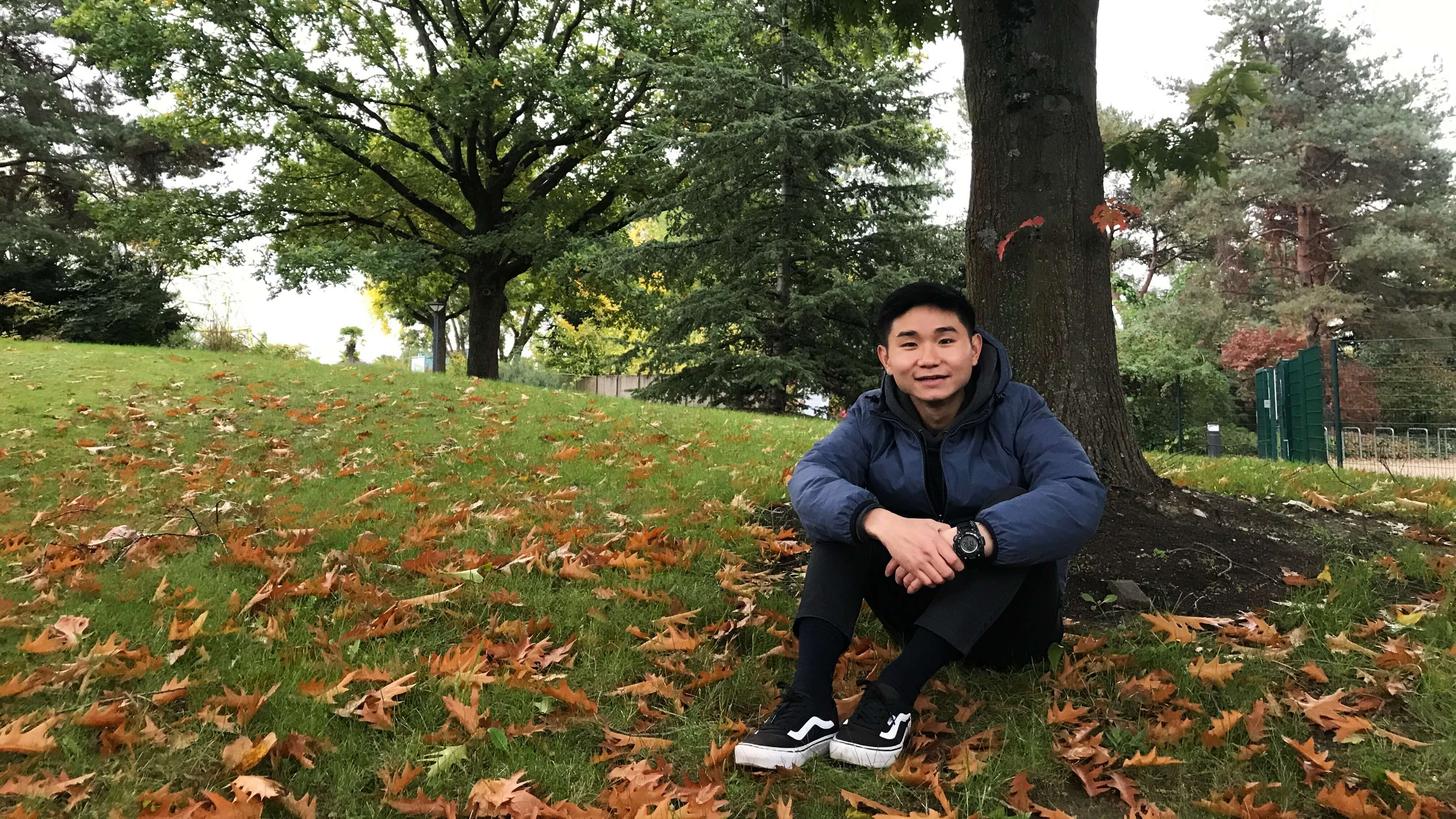 Student Stories: What's it like to study in Germany? 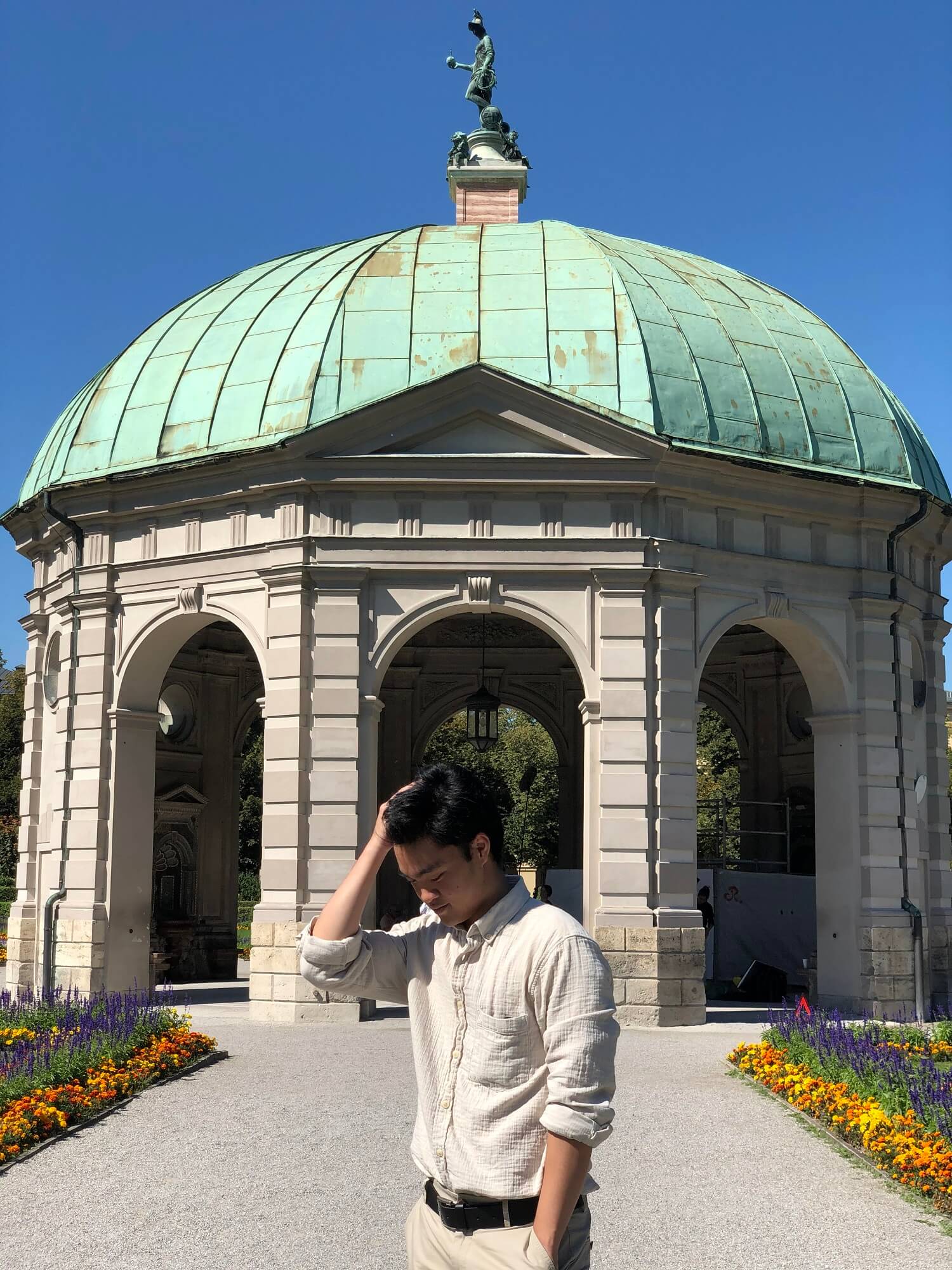 From Malaysia to Germany: An engineering student's journey to self-independence 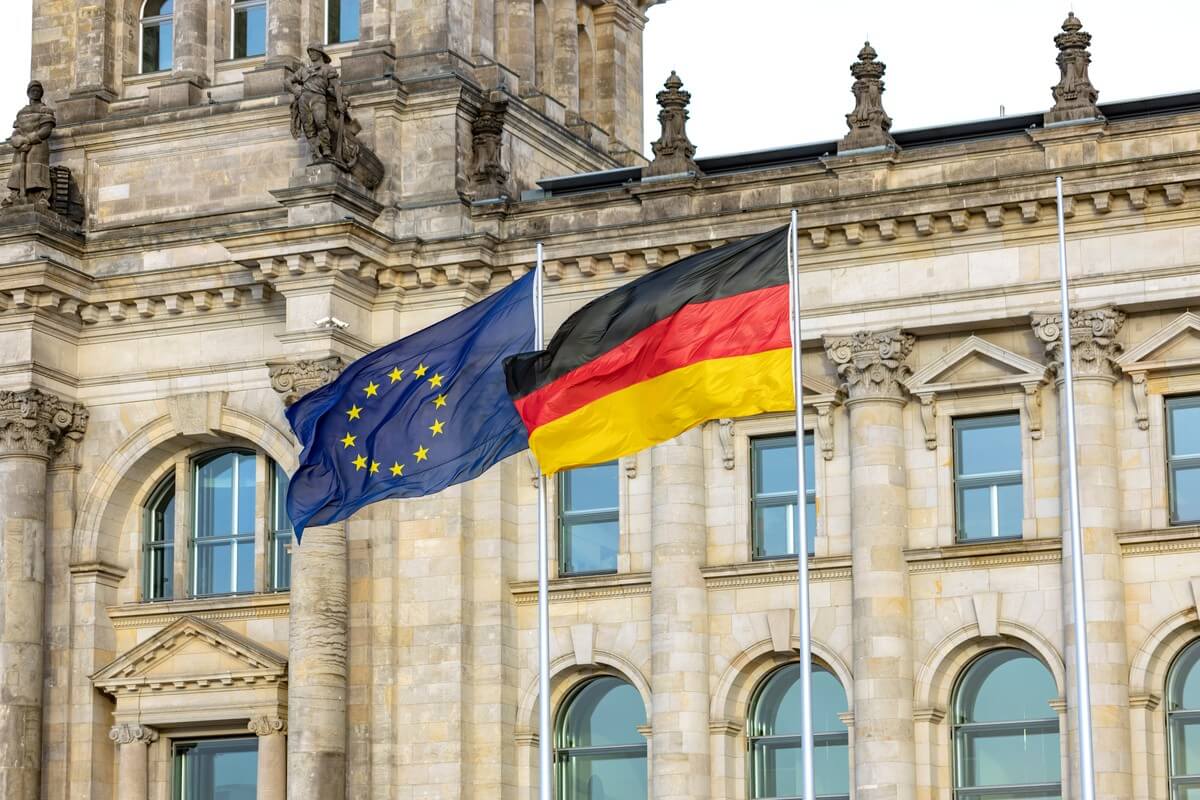 Why Germany is a popular alternative destination for EU students