Unusual Courses is an occasional series from The Conversation US highlighting unconventional approaches to teaching.

What prompted the idea for the course?

This class is part of a group of introductory English offerings that focus on basic methods of literary analysis and research. It fulfills different requirements for potential English majors and the general student population, so I am always looking for new ways to engage them.

For a few years, I taught it as a Harry Potter course. I introduced students to classic British literature by exploring the Romantic and medieval literary traditions present in the novel.

But earlier this year, I realised I was bored. I had been listening to a lot of Taylor Swift with my college-aged daughter, who had been home for a year during the pandemic. Swift had recently released “Red (Taylor’s Version).”

Listening to her track “All Too Well” was my epiphany. Swift’s vivid imagery and emotionally gripping detail had all the markings of a great narrative poem. She writes the song in a way that mirrors the recursions of memory. Her verses become increasingly strong and build upon each other once she starts remembering the past. At the same time, the song’s imagery moves from fall to winter as she reflects upon the relationship’s beginning and frosty end. 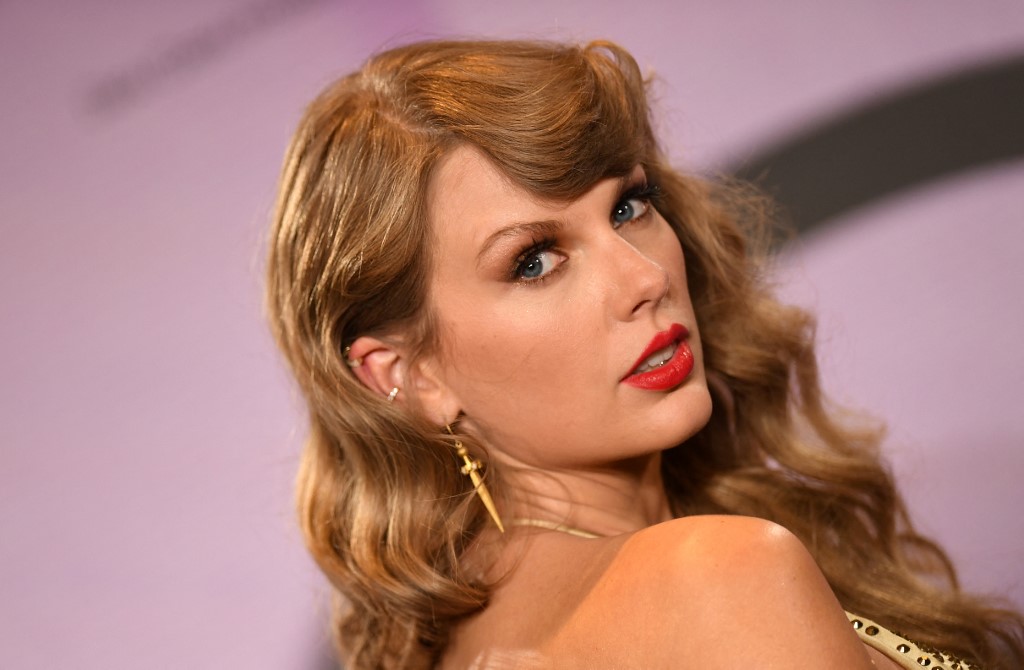 US singer Taylor Swift poses in the press room after winning six awards at the 50th Annual American Music Awards at the Microsoft Theater in Los Angeles, California, on November 20, 2022. Source: Valerie Macon/AFP

What does the course explore?

This course pairs Taylor Swift songs with a number of poems, along with a play, a novel and a film.

The semester began with the pairing of Swift’s songs with Renaissance love poetry. One class analysing the metaphors, similes and colors in the song “Red” turned, a week or so later, into an exploration of Shakespeare’s use of similar colors in his famous sonnet 73: “That time of year thou mayst in me behold.”

Missing him was dark gray, all alone …

But loving him was red

Shakespeare, meanwhile, begins his sonnet 73 with “That time of year thou mayst in me behold / When yellow leaves, or none, or few, do hang,” before pointing to the oranges of autumn’s “sunset [that] fadeth in the west” and “the glowing of such fire / That on the ashes of his youth doth lie.”

Where Swift moves from cool tones to “burning red,” Shakespeare moves through increasingly warm tones: from yellow, to orange, to red. But both move toward an intensity of color and heat.

Some couplings are obvious. For instance, Swift’s “Love Story” mentions the title characters of Shakespeare’s “Romeo and Juliet” – “Romeo save me, I’ve been feeling so alone.”

Others might come as more of a surprise: I paired Daphne du Maurier’s 1938 novel “Rebecca,” which Alfred Hitchcock adapted for the silver screen in 1940, with Swift’s song “the last great american dynasty.”

Centering on a scandalous woman named Rebecca – or Rebekah, in Swift’s song – the song, novel and film explore the relations of mad women and madwomen, the tenuous line between anger and craziness. It’s a theme Swift hits on in a number of songs, from her 2019 track “The Man” to 2020’s “mad woman,” which I paired with Sylvia Plath’s poem “Lady Lazarus.” 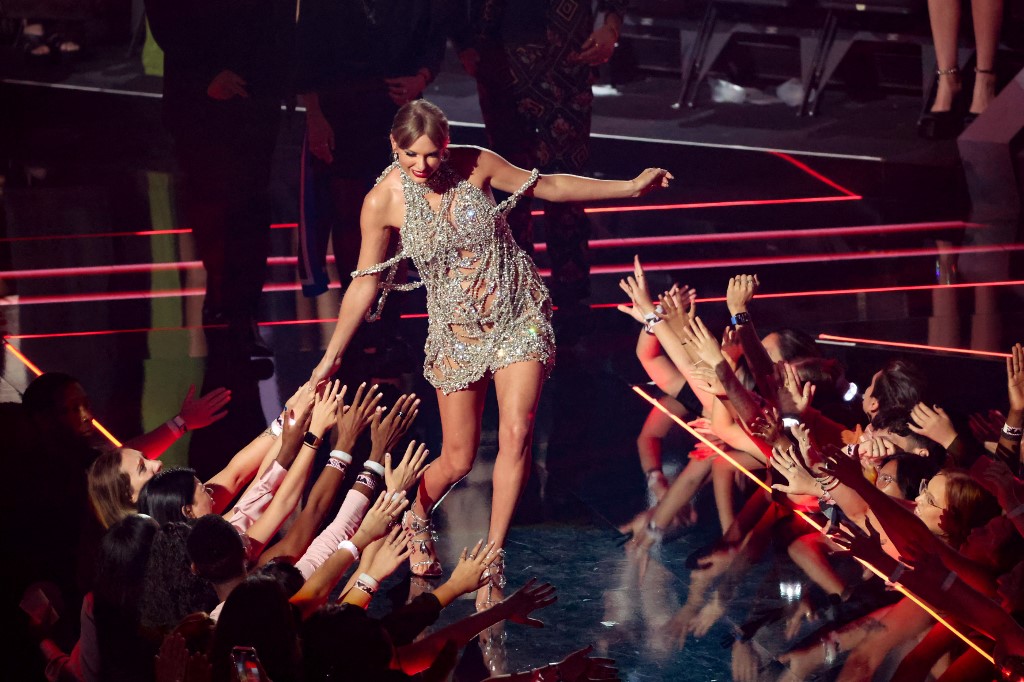 Taylor Swift accepts the Video of the Year award for “All Too Well” onstage at the 2022 MTV VMAs at Prudential Center on August 28, 2022 in Newark, New Jersey. Source: Arturo Holmes/Getty Images/AFP

Why is this course relevant now?

I think this course tapped into the zeitgeist in ways I couldn’t have imagined when I first dreamed it up. Of course, Swift’s music is popular, and she has long had a devoted following. But the October 2022 release of her record-breaking album “Midnights” has only made the course seem more relevant to students’ interests. As a class, we spent time exploring the ways tracks on “Midnights” revisited themes and writing strategies that appeared in Swift’s earlier songs.

What’s a critical lesson from the course?

Analysing Swift’s writing will hopefully help my students recognise how certain poetic and literary devices operate in older texts – as much as those same books and poems from the past help them appreciate Swift’s art at a deeper level. They seem especially eager to engage with older materials, like Renaissance seduction poetry and black and white film, when they can see traces of the same artistic techniques in the music videos and songs they watch and listen to today.

Swift’s award-winning songwriting is attached to an English and American literary past in both obvious and more subtle ways. An avid reader herself, Swift deploys forms – like metaphors, conceits and structures – that are part of a shared literary heritage that students might otherwise find old-fashioned and irrelevant.

Far from diminishing the value of Swift’s writing, tracing its connection to the literary greats shores up her authority as a creative artist. Swift, like all artists, is part of a great tradition, and she calls upon it to create new works.

What materials does the course feature?

What will the course prepare students to do?

This course has rather modest ambitions. It prepares careful and critical readers, as well as articulate writers and researchers.

It pays attention to what language denotes at the surface and what it carries around with it in its connotations and associations. It teaches students about those features, using the Oxford English Dictionary as a research tool to probe linguistic origin, register and usage beyond what a term literally means.

While delivering New York University’s 2022 commencement speech, Swift urged the graduating seniors to embrace their enthusiasms and be unafraid to explore their interests.

Finding a way to tap into students’ enthusiasm for Swift, and tie her songwriting to literary methodologies, is my version of following her lead.

By Elizabeth Scala, Professor of English, The University of Texas at Austin College of Liberal Arts