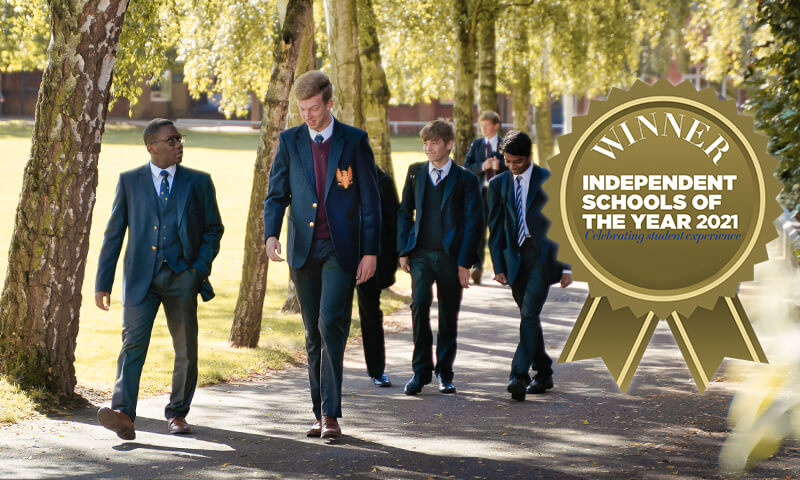 “That they be good men.” That’s the driving force behind Bedford School, an all-boys boarding institution renowned for its holistic school experience. At this award-winning school, established in 1552, boys between seven and 18 years old are not only enabled to excel academically, but they are given the space to develop their own individuality so that, by the time they graduate, they go out into the world with the empathy, awareness and humility our society sorely needs.

Bedford School has beaten stiff competition from across the UK to be named Independent Boys’ School of the Year 2021 for its efforts. It is an impressive accolade that speaks highly of Bedford’s success in cultivating an environment where boys are given the room to thrive into kind, sociable and forward-thinking young men.

Bedford School was picked by a prestigious panel of judges, including industry leaders such as the CEO of the Independent Schools Council (ISC), the CEO of the Boarding Schools’ Association (BSA) and the CEO of the Council of British International Schools (COBIS), a number of others in senior association roles and five serving Heads. Among their reasons for choosing Bedford School was “its holistic school experience, tailored to the specific needs of the all-boys community, designed to ensure that students’ individual qualities are nurtured without inhibition and lived without awkwardness, so that they be good men.”

As a school that looks to the future, it is also teaching its community of 1,115 boys to appreciate and cherish what it means to be human in a world that is becoming highly technological. How? By introducing a curriculum and environment that integrates entrepreneurial thinking, guided by a strategic focus in three main areas: digital technology, community partnerships, and entrepreneurship.

This is interwoven through the curriculum, encouraging boys to learn critical real-world skills such as problem-solving, teamwork, empathy, resilience, risk-taking, creativity, innovation and collaboration.

Leading the school’s digital technology focus alongside the Director of Digital Learning are the school’s Digital Leaders, a group of boys who have a passion for technology and who help promote its use throughout the school. To qualify for this role, the boys complete a comprehensive training programme, and once fully accredited, they share their knowledge through assemblies, tutor groups and citizenship mornings, as well as providing advice to staff.

Bedford has also seen 314 boys from across the school take part in UK Bebras, an international computing challenge, which aims to introduce boys to computational thinking — 74 of these boys were awarded a distinction and 88 boys a merit.

2021 saw the launch of the Bedford School Journal of Digital Learning  a collection of papers written by the boys themselves to reflect on digital technologies and how they impact our world. 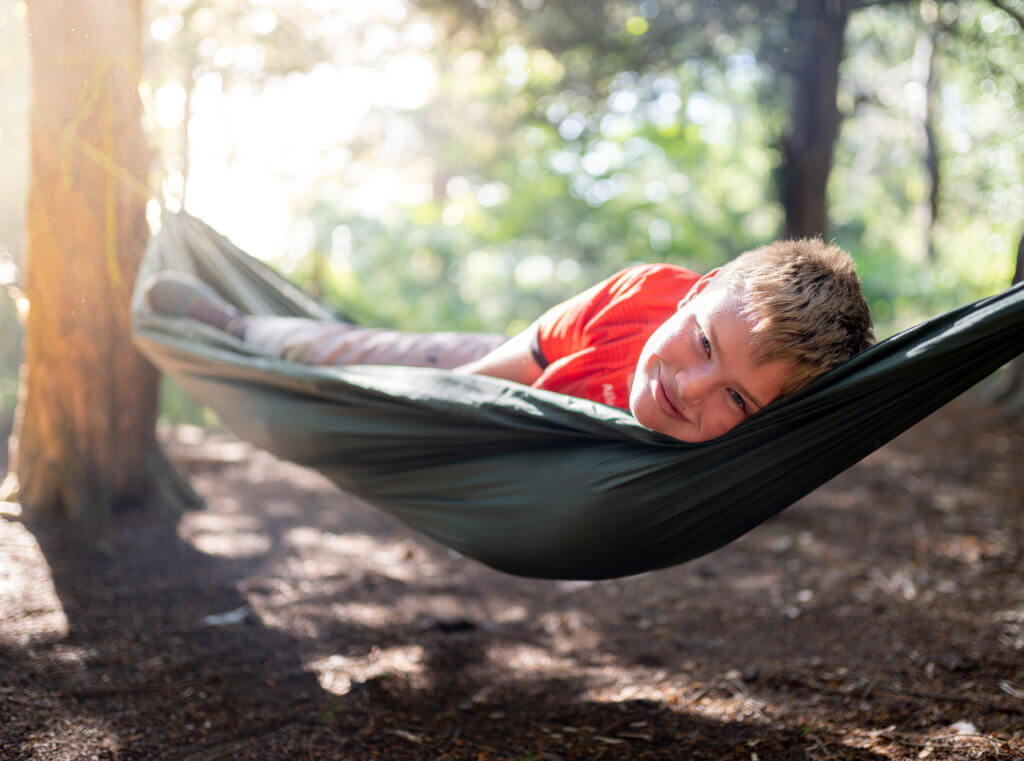 Bedford School cultivates an environment where boys are given the room to thrive into kind, sociable and forward-thinking young men. Source: Bedford School

Bedford is also home to lower sixth formers Alex Edun and Henry Cudjoe, two budding entrepreneurs who set up a custom design business as part of a school project. It was the school’s emphasis on networking and building recognition, however, that led to their success. Now, they are being commissioned to design boots for rugby players — including England’s rugby sevens player Dan Bibby who wore their designs on the pitch at the Olympic Games in Tokyo.

“We’ve been extremely fortunate to get a pair of our customs to Tokyo 2020,” enthuses Edun. “It really is so nice for someone to show appreciation for our work on a global stage the sheer size of the Olympics. It’s such a huge achievement, one which we will never forget!”.

Ventures like these are interspersed within a broad curriculum offering GCSE, IGCSE, A Levels and the International Baccalaureate (IB). The school also adopts the Theory of Knowledge course, a core aspect of the IB programme, into the Year 10 curriculum. Here, students are introduced to fundamental ideas and information about the world and are both encouraged and taught how to think about issues surrounding current affairs. 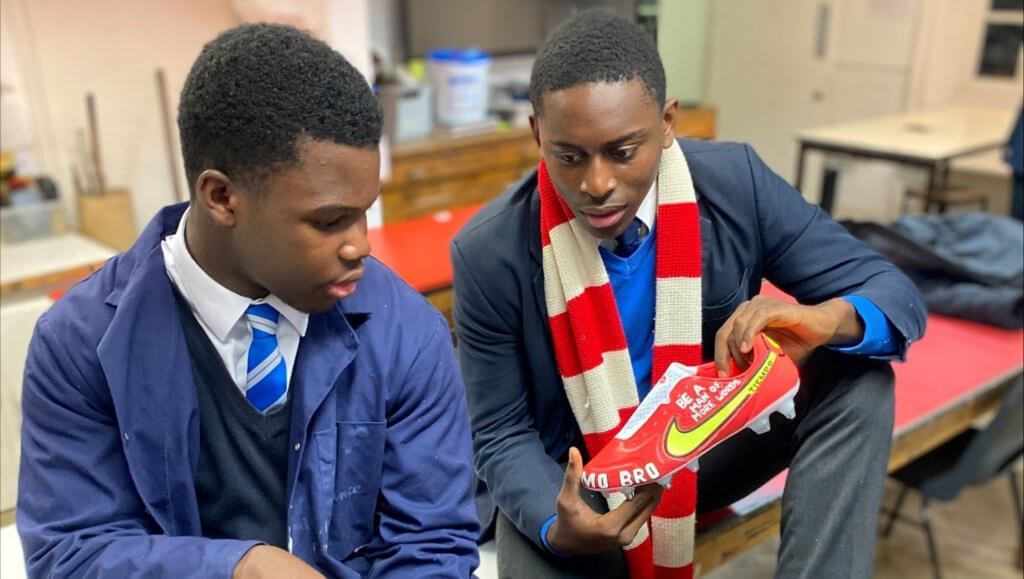 The school’s results speak for themselves. In 2021, 80% of boys went on to Russell Group and/or Times Top 30 UK universities and the school is particularly proud in this pandemic year that no fewer than 11 boys secured places to read Medicine. In the last five years, 30 boys have gone on to study at the universities of Oxford and Cambridge . Boys regularly secure places overseas with many gaining scholarships to support their progress as well, and others pursuing different opportunities such as high-profile degree apprenticeships.

Boarding is an integral part of Bedford School, and the presence of boarders sets the tone for much of what drives the school. There are seven boarding houses, each one unique, but all of them providing a nurturing family environment. Boarding Housemasters and their own families are at the heart of the houses and really do get to know boys well, thoroughly understanding what makes them tick and providing a “home from home”.

Boarders mix seamlessly with day boys through Bedford’s house system and vertical tutor group structure where boys enjoy shared experiences and common goals, building strong and meaningful connections with their teachers and each other. Boys foster an appreciation of others and the benefits of working together, and learn character-building values such as selflessness, humility, kindness and sportsmanship.

Crucially, this has taught Bedford boys the importance of making a positive difference in the world. 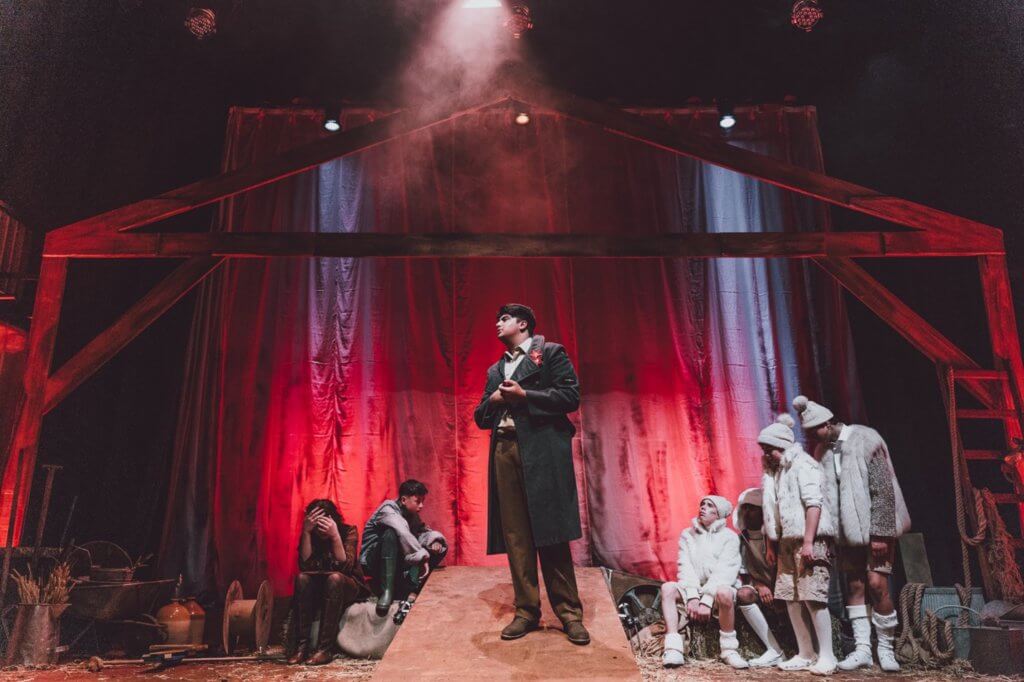 Take this group of Sixth Formers, for instance. They have set up a fundraising campaign as part of a competition that challenges students to engage with the United Nations’ Sustainable Development Goals. Their objective? Ensuring that every child grows up with a mother figure by providing access to better healthcare for women in South Sudan and subsequently contributing to the end of maternal mortality in the country.

“In an all-boys school such as ours, it’s important to think about maternal mortality and try to provide help and care to those in need of it when we can,” explains James Cutler, one of the six students involved in this initiative. 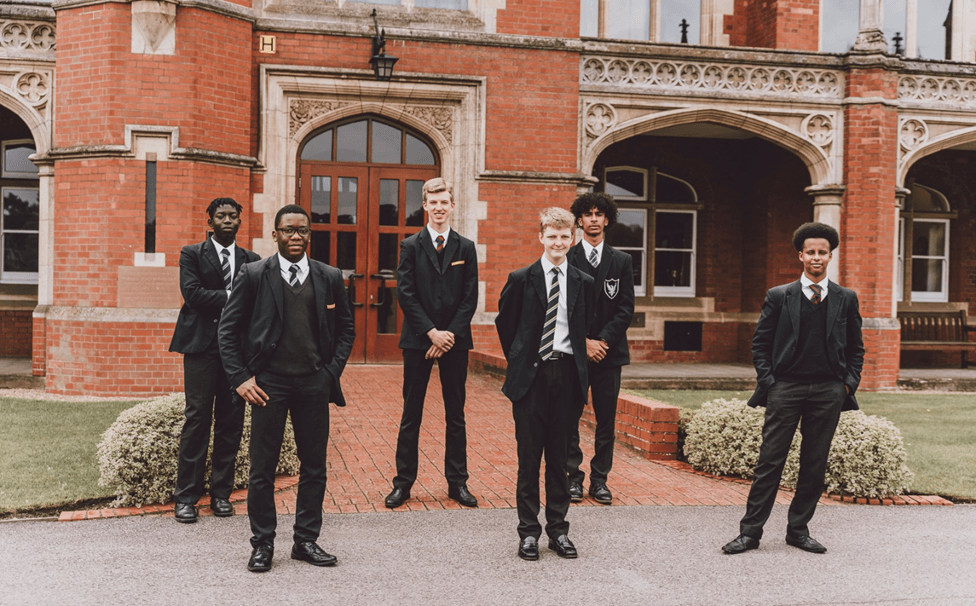 It wasn’t an easy task, but students at Bedford are taught to persevere. The boys managed to contact the CEO of the Life for African Mothers (LFAM) charity, who introduced them to a representative in South Sudan. Through this, Cutler — along with fellow sixth former Harry Hine — were invited to attend a call that acts as a training programme for midwives in Sierra Leone.

“It was an incredible experience for both of us and provided an insight into the amazing work that charities across the world do and have continued to do despite the pandemic,” says Cutler. “Following on from these meetings and conversations, we were able to establish which medical items were needed and begin to investigate how to transport our boxes to South Sudan.”

Here, Cutler refers to the packages set up by the boys, each containing hygiene products that aim to reduce infections in birth. The boys wasted no time in this and managed to distribute these to pregnant mothers in May 2021.

Bedford School’s aim is for every boy to have made a meaningful contribution to the local community during his time at the school. Their Community Partnership Programme creates links with groups and organisations in the Bedford area, including many local primary schools, where boys can make a regular commitment each week.

Through these mutually beneficial partnerships, boys engage more fully with the world around them and learn about their local town and how to be responsible citizens within it. And as a school community, Bedford is able to help play its part in supporting the good work done by many in the town, both educationally and socially.

For example, Lower Sixth Former James Marchant runs guided reading sessions with primary school children and, in doing so, not only has he shared his love of reading, but has made a real difference to the children, as well as himself. Other boys run activities such as basketball, chess, debating and drama – and some have taught Latin and Mandarin. 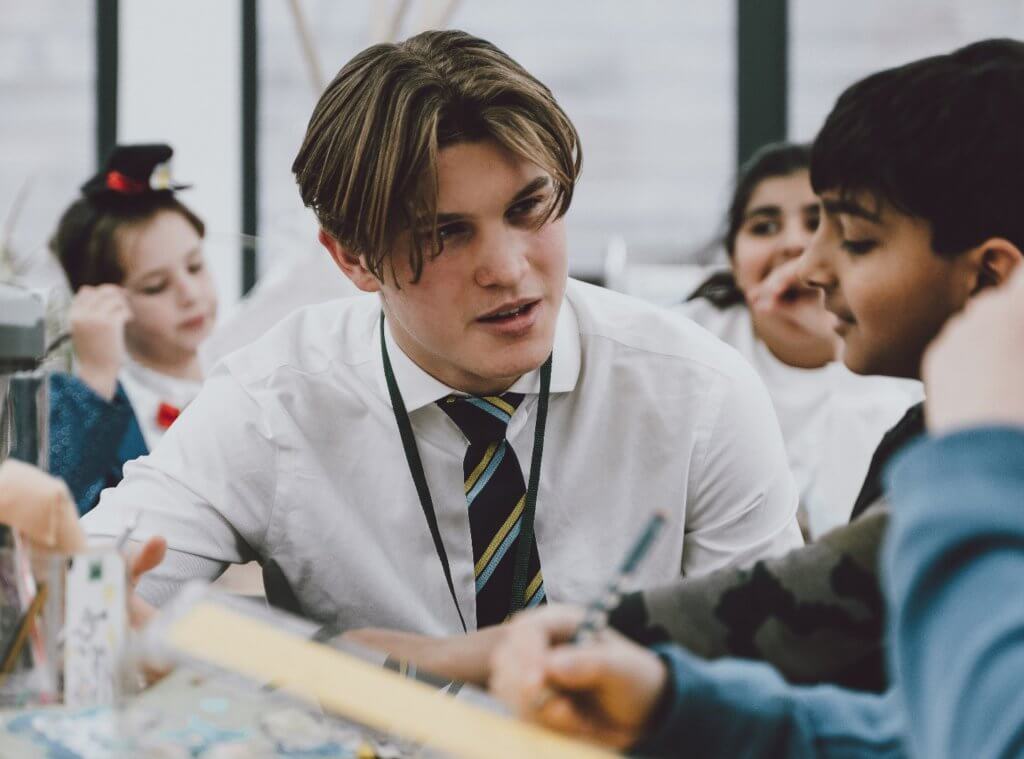 It is initiatives like these that show that, despite its impressive collection of teachers and staff members, it is the boys that make Bedford the successful school that it is. This serves to remind us of what we often forget: that the future is paved by the next generation. The best thing we can do to encourage that? Provide our children with an environment that will equip them to be upstanding citizens of their local community and indeed the wider world beyond school and “that they be good men”.

If you would like to explore an award-winning education for your son at Bedford School, get in touch with the Admissions Team today.