If you have plans to travel to Korea, you might want to put it on hold if you’re coming from one of the following 26 countries: South Africa, Malawi, Botswana, Mozambique, Eswatini, Zimbabwe, Bangladesh, Brazil, Suriname, Paraguay, Chile, Uruguay, the Philippines, India, Indonesia, the United Arab Emirates, Uzbekistan, Vietnam, Nepal, Russia, Lebanon, Malaysia, Haiti, Angola, Kuwait, and Trinidad and Tobago.

These are the countries identified by the South Korean government as experiencing serious infection rates of COVID-19 variants, including the highly contagious Delta variant. Their advice to international students from these countries is to postpone their travel to the country ahead of the fall semester until 70% of South Koreans have received their first dose of vaccination.

According to The Korea Herald, this should take place by the end of September. Quoting data from the Korea Disease Control and Prevention Agency, the report said approximately 35.8% of the country’s population have received their first dose as of Wednesday (July ).

If international students from the 26 countries choose to travel to Korea before that milestone is achieved, the ministry recommends they stay at designated self-quarantine facilities where medical staff are always on duty or at university dormitories for their 14-day self-isolation. They can also self-isolate at accommodations of their choice.

There will also be a minimum of two health monitoring sessions per day. When going to a health centre, they will have to take separate routes from other international students. The education ministry said all foreign students entering South Korea in September must also undergo three polymerase chain reaction (PCR) tests. 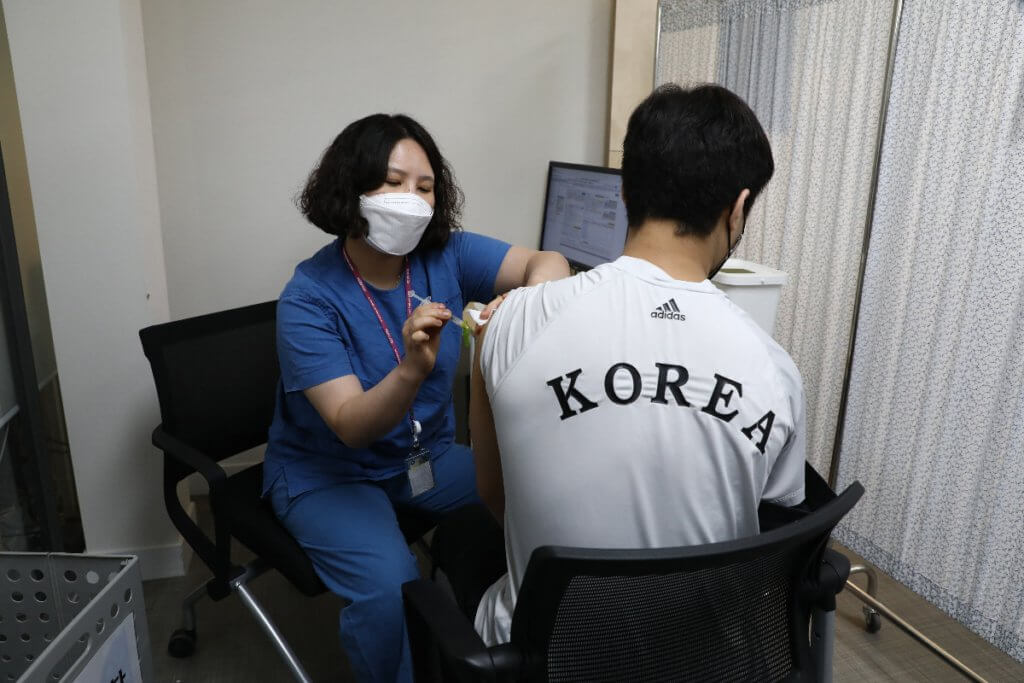 Students from the 26 nations are advised to travel to Korea only after the country’s first-dose vaccination rate reaches 70%. Source: Chung Sung-Jun/Pool/AFP

Students must submit a negative PCR test result taken before departure in their home country upon arrival at the airport in Korea. Negative results from self-test kits are not accepted. Students will then have to install a self-quarantine application on their smartphones and start their quarantine.

They have to be tested again within the next day of their arrival. They can get tested at the public health centre nearest to where they are self-isolating. At the end of their two-week quarantine, students must take another PCR test and show a negative result before they are free to leave.

Making it easy for students to travel to Korea

Korea’s education ministry has also announced measures to promote remote learning. International students who decide to take online classes from their home country after getting a Korean student visa can still travel to Korea in the middle of the semester without fear of their visas getting revoked.

Some 34,000 international students came to Korea in the first half of this year, down 82% from 185,000 in the first half of 2019. Of the 34,000 foreign students, there were 255 confirmed cases, including 33 found at the airport where they tested positive for COVID-19 and 222 who tested positive during their self-isolation period, said the ministry. 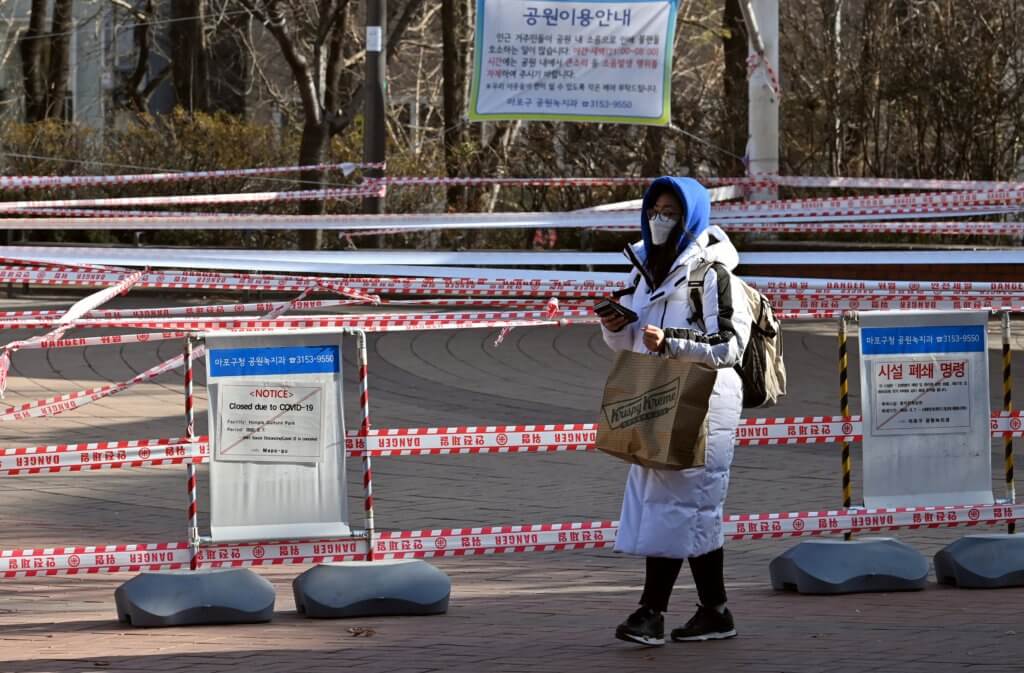 A woman walks past a park closed to prevent any spread of the COVID-19 coronavirus in Seoul on Dec. 24, 2020. Source: Jung Yeon-je/AFP

Antivirus measures targeted at foreign student arrivals during previous semesters, such as providing separate transportation and conducting more tests, had helped prevent the spread of the virus in the local community, the ministry said.

“We are deeply grateful to universities and local governments for their efforts to protect and manage foreign students for a year and a half, starting with Chinese students in February last year,” education minister Yoo Eun-hae was quoted saying. “Even though the COVID-19 situation is serious due to variants of the virus, we ask universities and local governments to work together to ensure schools’ stable management of academics in the second semester.”