Fortune favours the bold, and Claudia Khaw’s story is a testament to that. The Malaysian graduated with a Bachelor of Journalism from the University of Missouri at the tender age of 18, a time when many of her peers were still figuring out their post-secondary education options.

Thanks to her homeschooling programme and tuition classes she took outside of home school, she was able to complete her IGCSE swiftly at a young age.

As an undergraduate student at the University of Missouri, commonly known as Mizzou, from 2018 to 2020, Khaw participated in an engaging classroom experience. The resourceful Malaysian also took advantage of the opportunities available around her to gain practical journalistic experience.

From a young age, Khaw had a vibrant creative spirit which nurtured her passion for storytelling, writing and journalism. “When I was seven, I attended a daycare centre where I would spend hours coming up with stories with my friends,” shares the 20-year-old, who now works as a writer. “At 10 or 11, I discovered Wattpad and started writing stories there. Surprisingly, I gained a small but sizable following.”

After seeing the term “journalism” on a university brochure, she set her goal to pursue it professionally at 11.

We caught up with Khaw to find out what motivated her to study in the US and how studying abroad shaped her writing career: 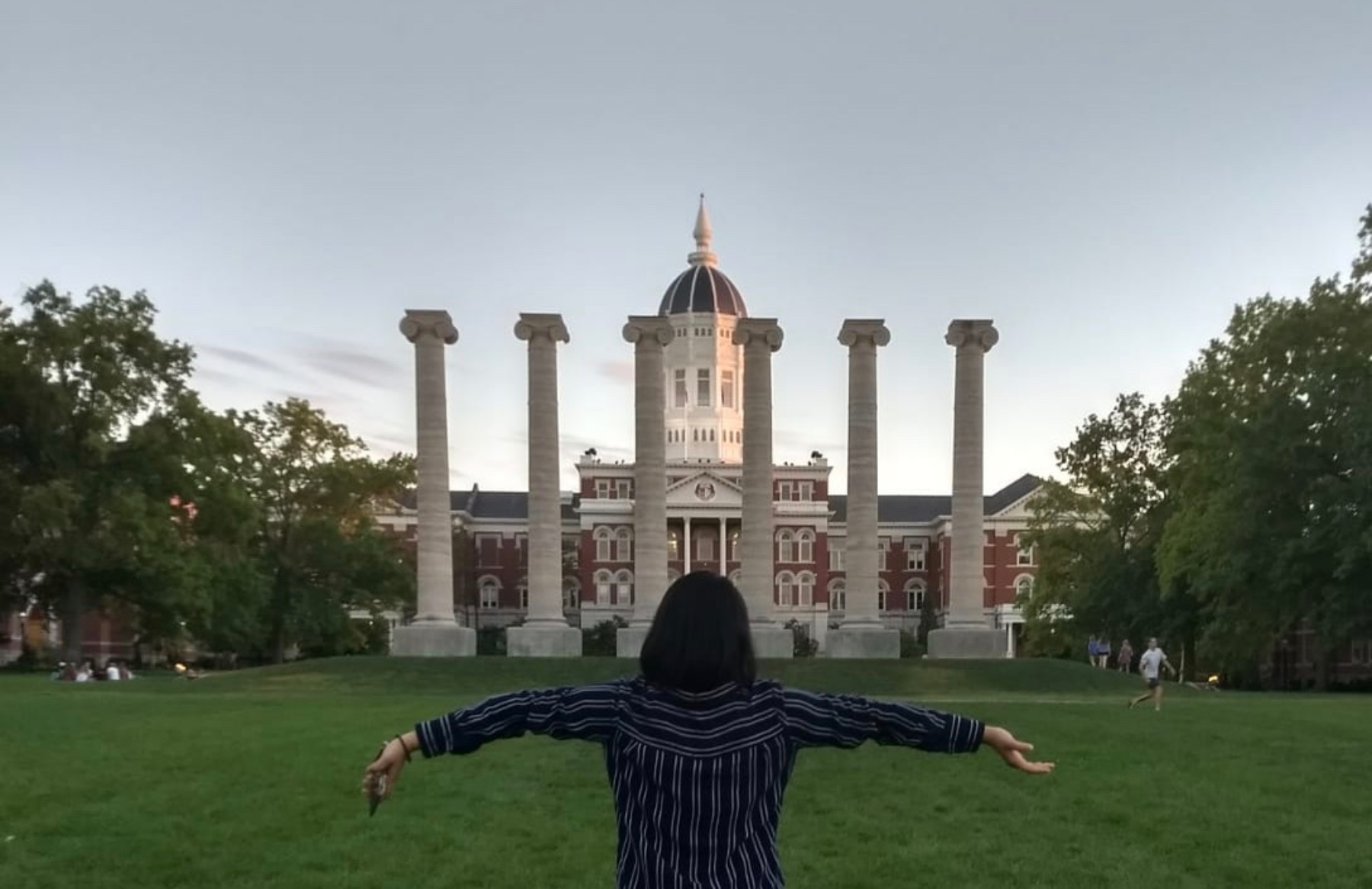 Khaw posing in front of the columns, which is an iconic marker of Mizzou. Source: Claudia Khaw

What motivated you to study in the US? Was it a leap of faith or a calculated decision?

It was a calculated decision. Thanks to my mum’s planning, my whole academic path has been planned out for me. It is how I graduated high school at the age of 14 and university four years later. However, it wasn’t like I didn’t have a choice — at least, it did not feel that way. I was always excited about my prospects, whether it be my studying in a “home-schooling” institution, at INTI International University and Colleges (INTI) or Mizzou.

Media play a huge role in keeping me interested or motivated to study in the US. You could say that I have always been a bit westernised, courtesy of my upbringing. I watched American sitcoms and read a lot of western literature. As a digital native, I also binged on YouTube videos from American creators. As I saw their experiences, I wanted to experience the same things, so I was very much motivated to study in the US.

Moreover, knowing that I wanted to pursue journalism was also a strong motivator. Journalism programmes — especially magazine journalism — are not common in Malaysia. As chaotic as the US might seem, I believe their rigorous journalism help sheds light on the chaos in the country. People may mock journalism and undermine it, but I genuinely believe in its role in democracy. 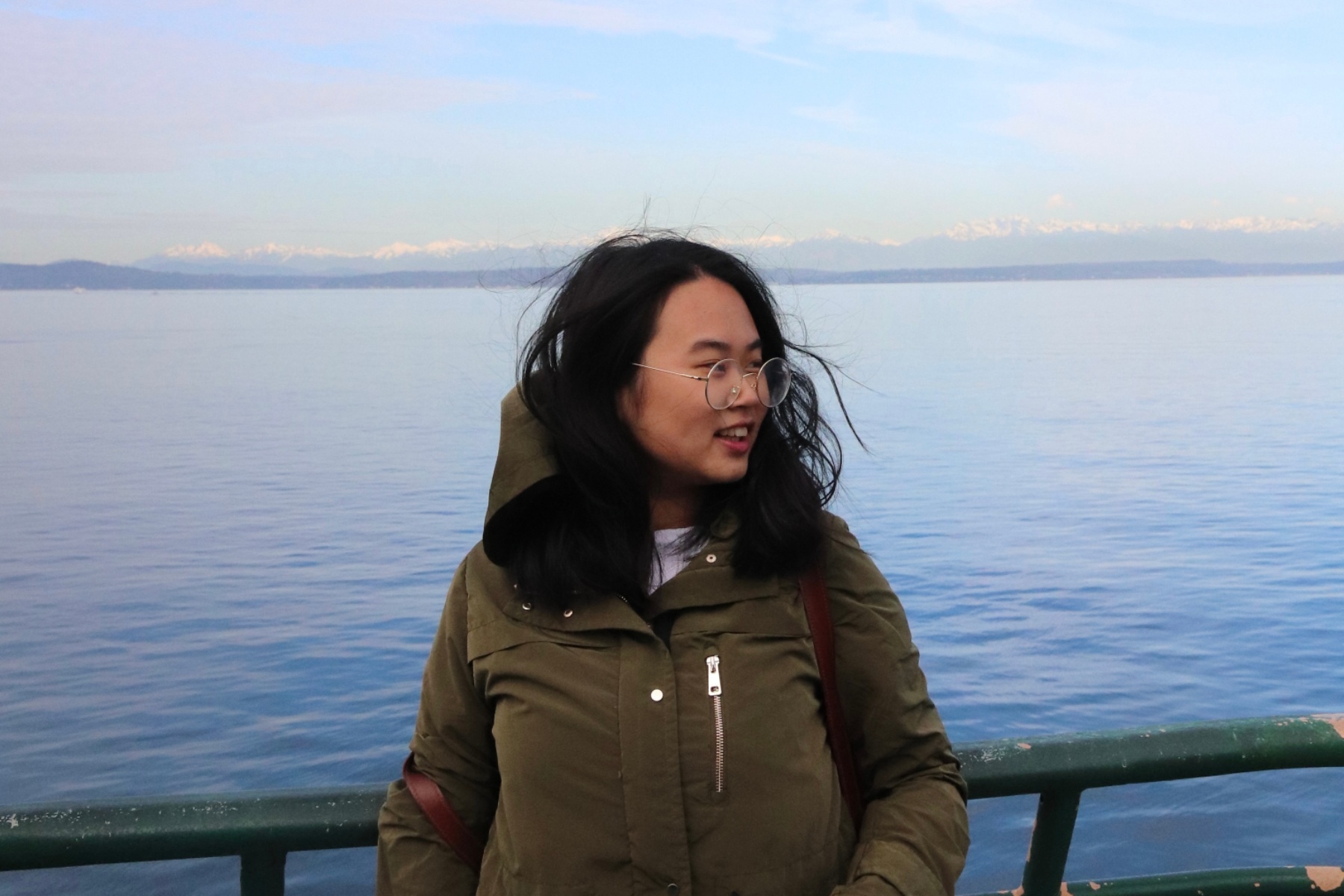 Khaw did the American University Program at INTI where she studied in INTI’s Nilai campus before transferring to Mizzou to complete her Bachelors of Journalism. Source: Claudia Khaw

What sparked your interest in journalism?

After experiencing it first-hand in the US, I was drawn to journalism. While I do not mind writing the occasional news piece, I prefer listening to stories of different people and sharing them in a beautiful and immersive way.

Why did you choose to pursue an American Degree Transfer Program at INTI?

I come from a line of women (my mum and sister) who attended the American University Program (AUP), as INTI calls it. My mum had always suggested pursuing my tertiary education in America, so the 2+2 programme seemed to make the most sense, especially since I was only 15 when I first entered university.

Although some may think that Nilai is a bit too rural for their liking, I enjoyed my time chilling on campus and participating in various club activities. After all, I am relatively young and a self-professed hermit. I am so glad I joined the programme as I had made some lifelong friends despite only studying with them for a year and a half before I moved to the US. 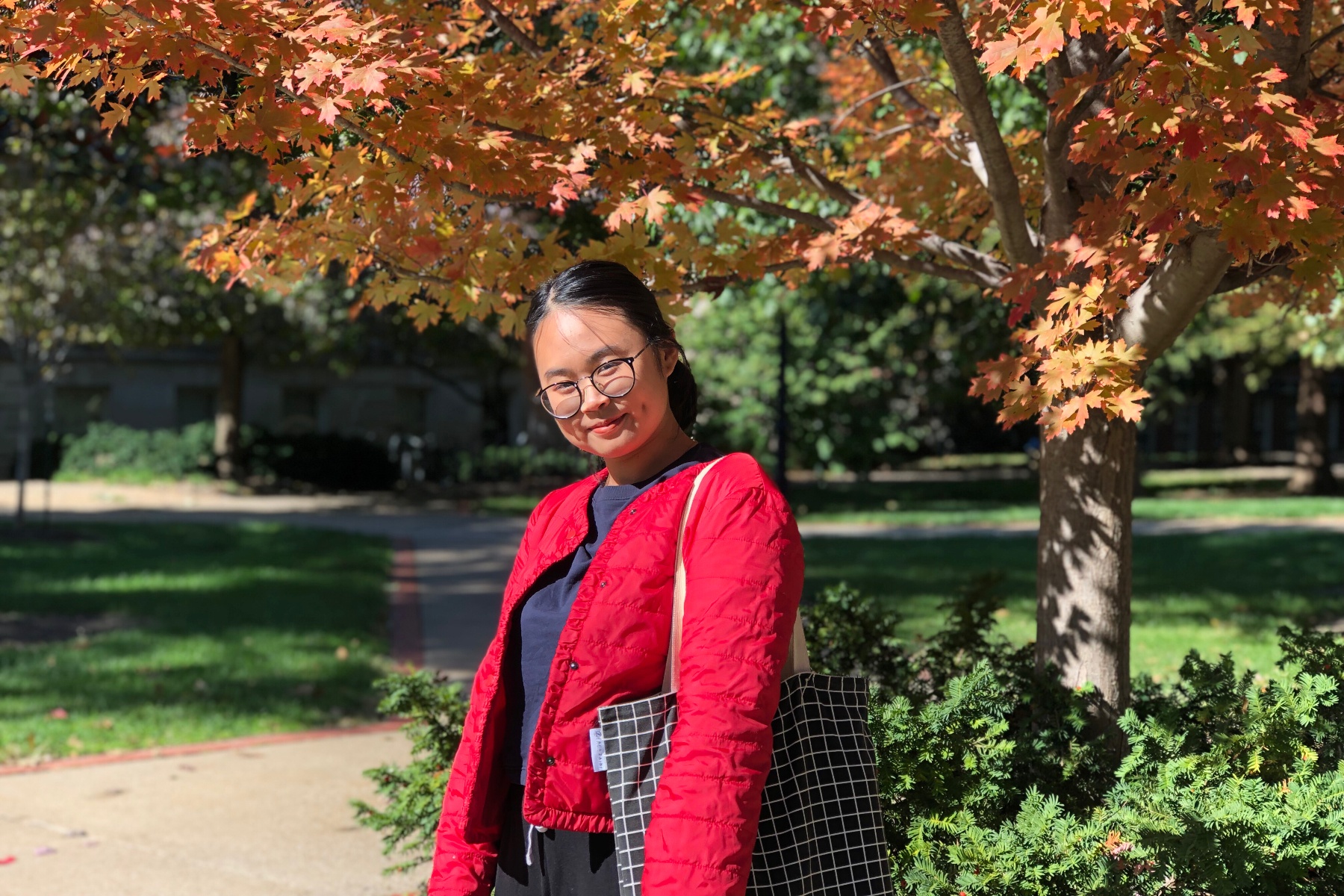 Khaw studied at the Missouri School of Journalism which is said to be one of the oldest formal journalism schools in the world. Source: Claudia Khaw

Why did you transfer to the University of Missouri?

My older sister also pursued her education at Mizzou. However, I had my eye set on the university before she did. I also visited the school when she first went there, and that experience really solidified my intentions to go there. One J-School staff showed me all the school’s affiliated media, including the city newspaper, magazine, and TV station. After learning of its rich history and the hands-on experience Mizzou offers, I was sold!

Studying in the Midwest was also substantially cheaper than going to either of the coasts.

What are some of the non-academic challenges you had to overcome as a Malaysian studying in the US?

One of the things I learned was that Americans are verbal. Someone had once opened the door for me, and I quickly tipped my head to show my gratitude. Surprisingly, he screamed at me for not thanking him verbally, so that was a teachable moment. From there, I learned that American love to make small talks, say “excuse me” and “bless you” to total strangers, and they love to be thanked!

Flying international was also a bit of a pain. For those who don’t know, you need to check in your bags again after going through immigration when you land in America, even if it is not your final destination. As an international student with lots of bags, this was super troublesome. It is not a major inconvenience, but it is something that I would not want to experience again. 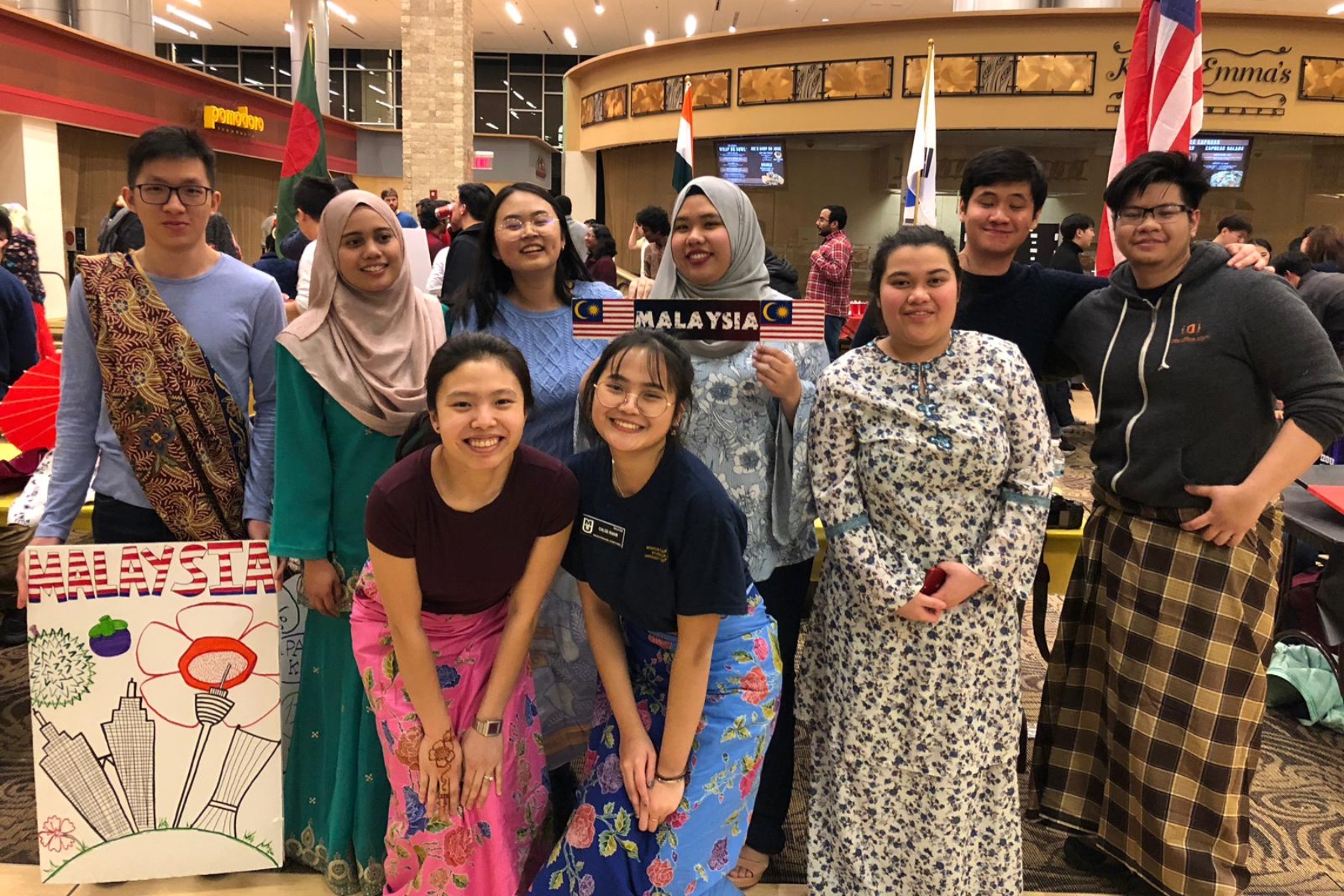 Societies like the Malaysian Student Association at Mizzou are great place to help Malaysians deal with homesickness. Source: Claudia Khaw

Is there a vast difference between studying in Malaysia and the US? What would you say was the top academic challenge you faced, and how did you overcome this?

A significant difference lies in the way students are expected to prepare for classes. In Malaysia, many of my classes included PowerPoint presentations which my lecturers would skim through. It is different at Mizzou as classes were more like town hall sessions where we came up with thoughts and ideas. If you have a hard time with the material, you can visit the professor during office hours. I could see my professors in Malaysia, but that warm culture at Mizzou made the difference.

From my experience, we are also expected to speak up more in classes. This is a little bit embarrassing, but I cried while asked to answer a question in one of my first semesters. I was surprised because I did not think I was such an easy crier, especially not in public. I wasn’t sad or anything, but I think I was vulnerable, cold and slightly homesick at that moment which caused me to tear up.

After the class, my instructor emailed to ensure that I was okay. It was such a remarkable act of kindness, and I am grateful that she didn’t call me out in the middle of the class. I hope she is doing well!

Generally, my experience with INTI’s AUP has encouraged me to be more proactive and to think out of the box. For instance, we pitched various topics — from war history to social history — for my American history class at Mizzou, where I focused on Sino-American relations post-American Revolution. In Malaysia, we were merely assigned to write about John Adams for the same class.

What was one of your fondest memory studying in the US?

During my first semester, someone made false claims about Islam and was very Islamophobic. When I went home, I found sources refuting those claims and emailed them to my professors.

My professor thanked me in class the following day and immediately gave me 20 extra credit points. I think this encapsulates my time at Mizzou. Honestly, many professors are supportive and want you to learn. While not all of them are like that, most of my professors are keen on us learning. I don’t think I would be where I am today without them! 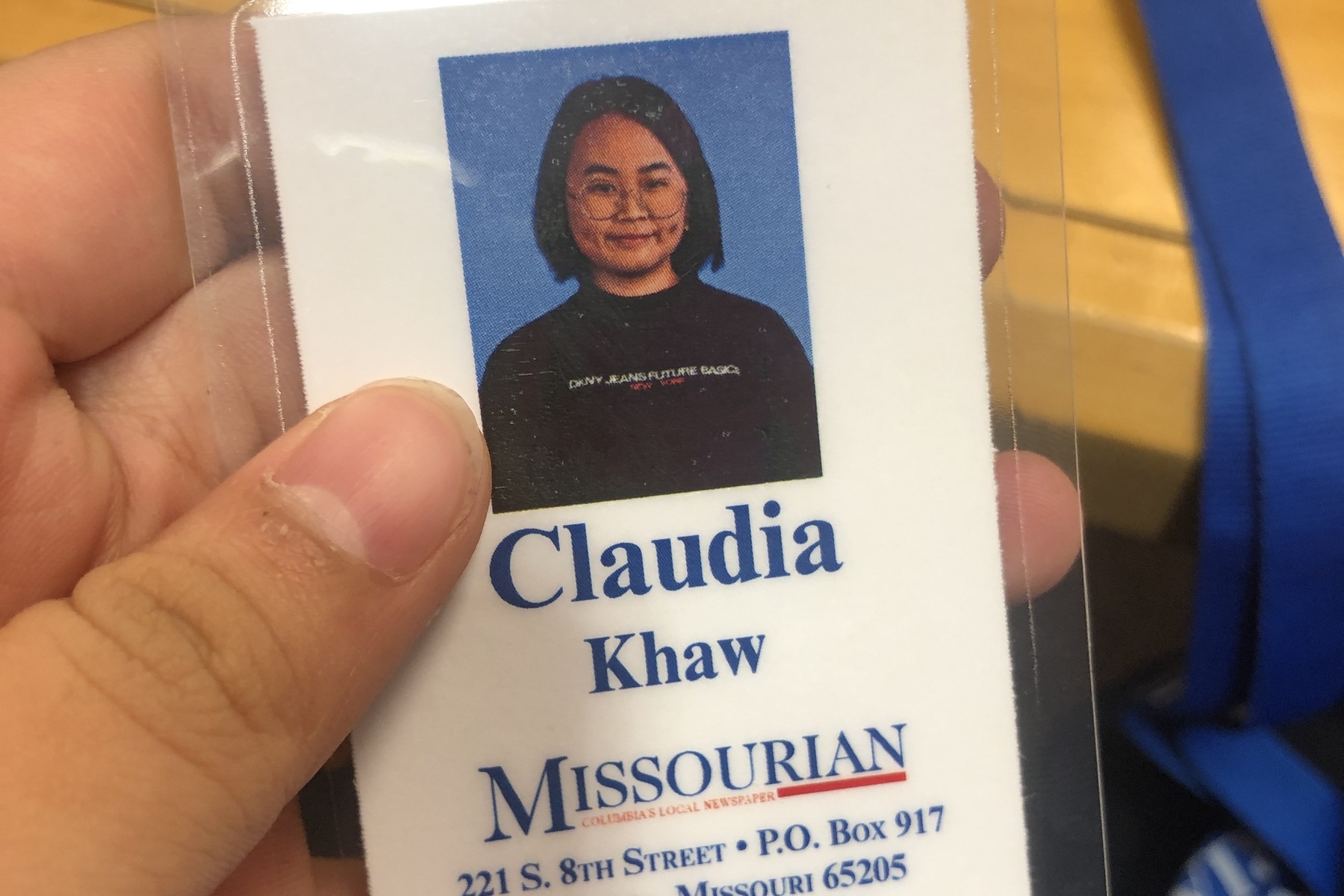 How did studying in the US shape your writing career?

Mizzou presented a lot of hands-on activities and opportunities. For a semester, I was a beat reporter for Columbia Missourian, the city’s newspaper, and I had to constantly check the docket for any interesting cases happening in court. I was also a culture (and then editor) for Vox Magazine, the city’s magazine.

Both experiences taught me so much about overcoming my fears of talking to strangers. As a writer, I was on the ground, making conversations and asking difficult questions to people who may not want to answer. While it can be disheartening, nothing beats the feeling of satisfaction when you get the desired results.

It also builds on INTI’s AUP philosophy of being proactive and thinking outside the box, which really prepared me for my career as a content writer. My time at Columbia Missourian and Vox Magazine helped me adapt to working in a fast-paced environment.

Do you have any advice for students who want to study in the US and pursue a career in writing?

Be proactive. Go out of your comfort zone. Learn from your peers. Immerse yourself in the community and be open to new experiences. All these things will help inform your writing.

Networking and making connections can also be very beneficial, even if you don’t plan to stay in the US. 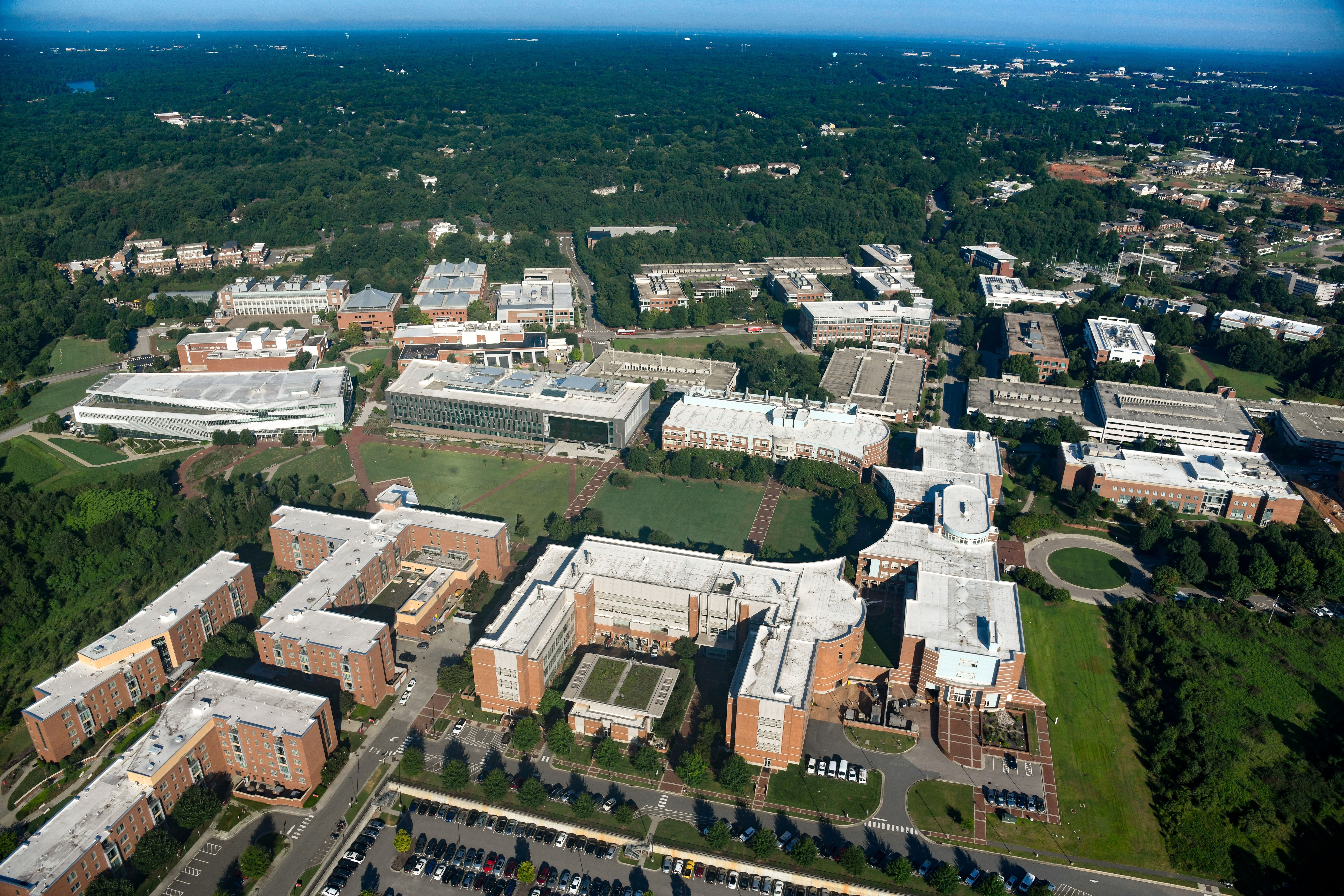 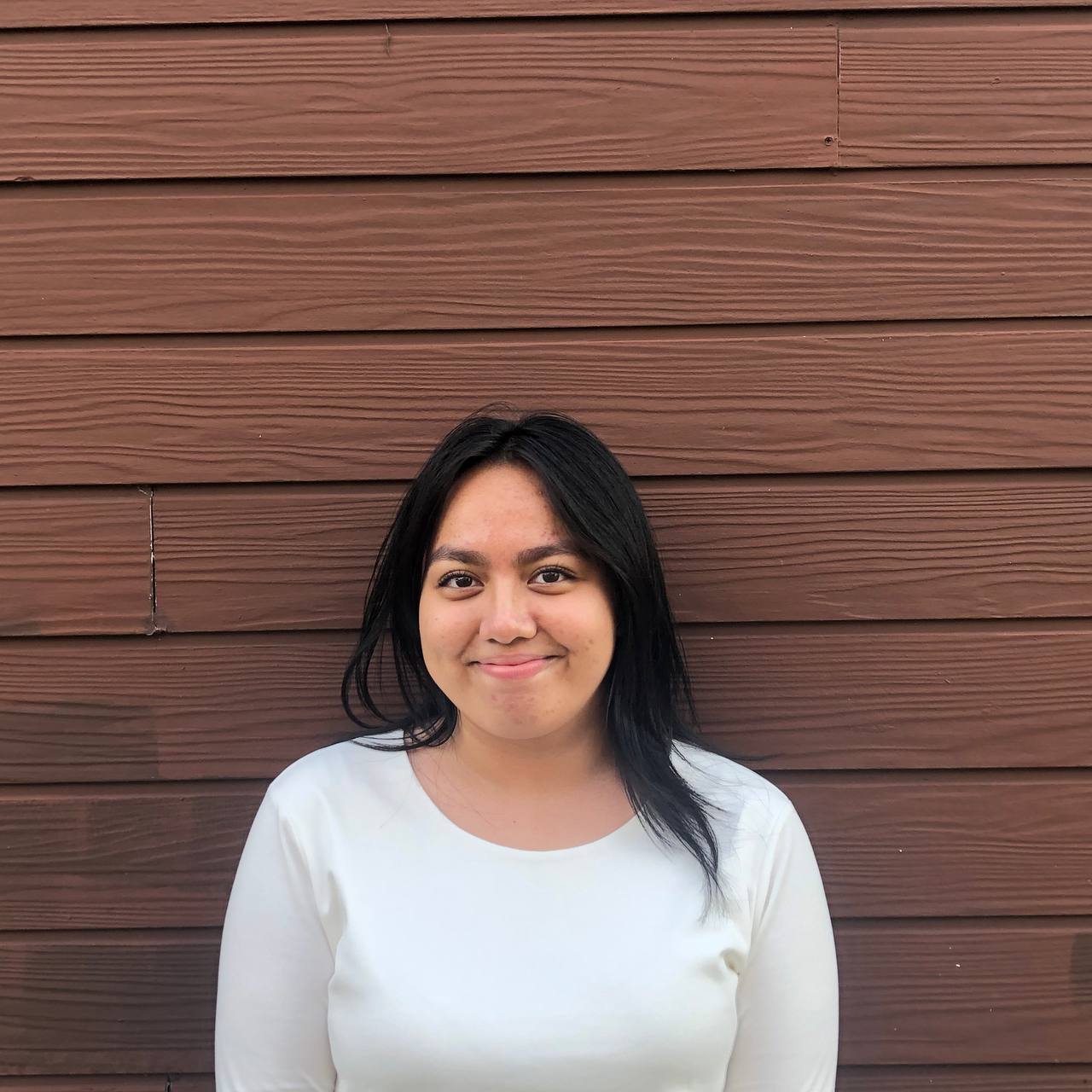 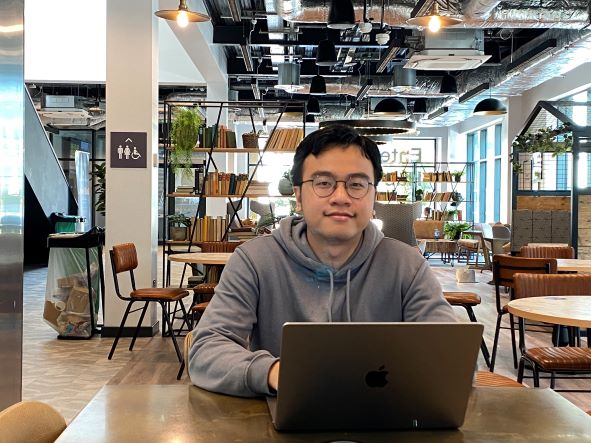 A Malaysian's award-winning route to a master's degree in Cambridge