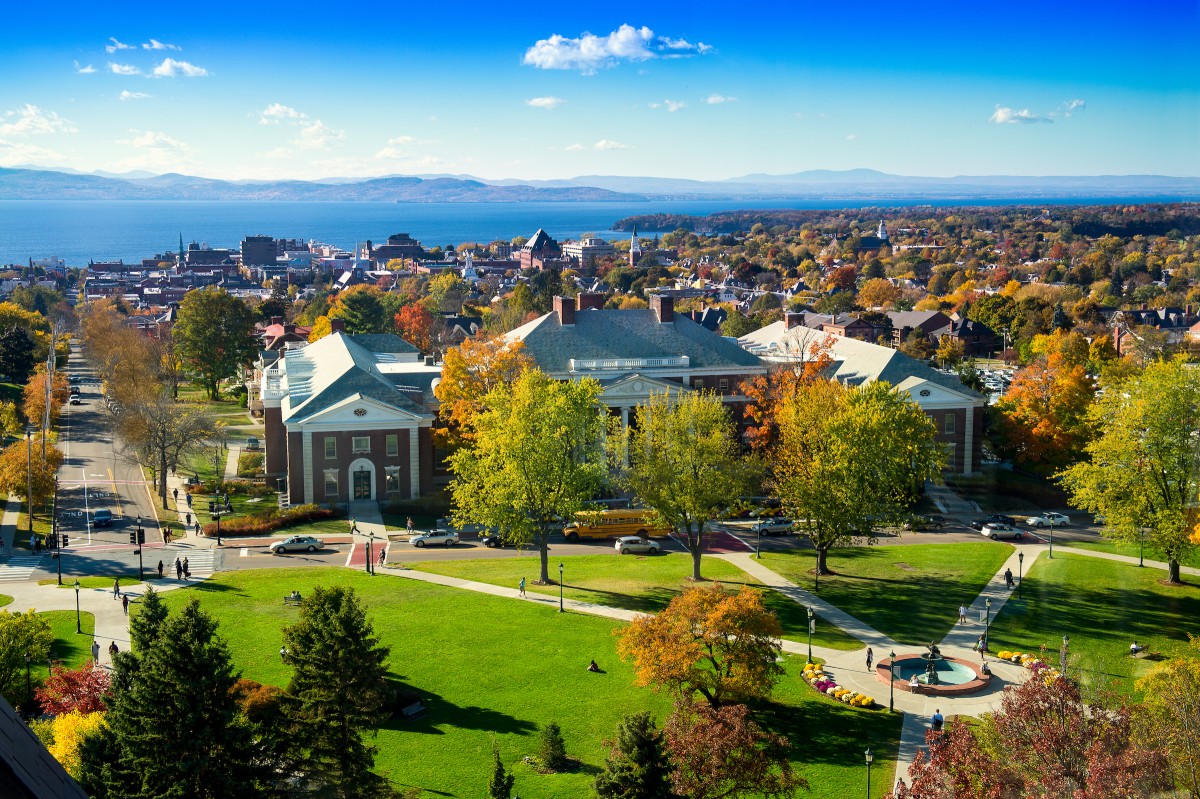 Promoted by University of Vermont

UVM: Solving the crucial health issues of the modern age

Scholars at the University of Vermont’s College of Engineering and Mathematical Sciences are not just solving for x; they’re solving for a greater value. This is because professors and students here see themselves as part of a bigger equation, always looking for ways their teaching and learning can have meaningful applications throughout their community and around the globe.

At the University of Vermont (UVM), a top-100 research university, students view each other as collaborators, rather than competitors. Professors don’t simply lecture, but partner with students to help them achieve their goals. And ideas flow freely within the College and throughout the institution, including important collaborations with the on-campus, highly-ranked Larner College of Medicine.

In Engineering Professor Rachael Oldinski’s lab, students work together to develop new ways of healing using purified algae, or seaweed. Oldinski is developing a new method for healing punctured lungs, creating a non-toxic patch made of smart materials that can repeatedly adapt to changing biological conditions without fail.

One of Oldinski’s graduate students, Tianxin Mao, worked with her to create nanoscale alginate particles. “They’re like a meatball of water, seaweed, calcium chloride and a drug,” Miao says. Except the balls are thousands of times smaller than the period on the end of this sentence. What Miao, Oldinski, and Jeffrey Spees, a professor in UVM’s Larner College of Medicine, have discovered they can do with these tiny particles of seaweed may “be huge,” Oldinski says.

These “ninja beads,” as Oldinski calls them, are capable of slipping past the surface of a cell to deliver proteins that inhibit growth and eventually kill it. The use for such a discovery? “It could be a brand new treatment for cancer,” she says.

Hundreds of millions of people suffer with malaria—and the disease killed some 429,000 people worldwide in 2015. There are medicines, like chloroquine, that can treat it, but the development of resistance to these drugs poses one of the central challenges to malaria control.

“How—and how fast—malaria and other diseases evolve resistance to drugs is one of the world’s urgent public health problems,” says Brandon Ogbunugafor, an evolutionary biologist at UVM.

Collaborative research by Ogbunugafor and Maggie Eppstein, chair of UVM’s Computer Science Department and core member of the College of Engineering and Mathematical Science’s Complex Systems Center, provides new insight into how two species of malaria may evolve resistance to drugs, revealing a fundamental principle that governs the speed of evolution in microbes.

“After a lot of time spent doing exploratory data analysis to try to determine what underlying factors of the landscape were predictive of the speed of evolution,” Eppstein says, “it occurred to me that gene flow along an evolutionary trajectory was analogous to the flow of electrical current along a serial circuit with varying resistance.” With this insight, Eppstein was able to derive an equation that accurately predicts the relative speeds of different pathways.

The core of the UVM scientists’ new discovery is that the speed of evolution along a path is largely determined by competition along that path itself: it’s variants on one evolutionary step on the path competing directly against those on the next step of the same path—and how fierce that competition is—that govern the rate of evolution.

Understanding this resistance to gene flow cuts against a common assumption of evolutionary biology: that the greediest path wins. And it may provide important insights into the best strategies for managing and slowing the creation of drug-resistant strains of malaria and other diseases.

Solving for your next step

This culture of collaboration and interdisciplinary discovery presents a rich environment for students looking to continue their studies and make an impact on some of the most pressing issues of our time, from public health crises to the challeneges of climate change.

Research at UVM is fueled by state-of-the-art facilities—including a new home for science, technology, engineering and mathematics—opening this year. In addition to this, students and faculty are inspired by the campus’ unparalleled location in beautiful and safe Burlington, Vermont, the United States’ #1 college town, just 90 miles from Montreal.

Explore UVM’s graduate programs in the College of Engineering and Mathematical Sciences and learn how to advance your education, where you will begin to solve for all humankind. Follow UVM on Facebook, Twitter, Instagram and LinkedIn

University of Vermont: In Partnership with the World Since 1791