What’s it like to run a cafe deep in the mountains of Japan?

Ask Lee Xian Jie, a Waseda University graduate, and he’ll tell you all about what it takes to deliver quality service in Ryujin-mura, a village about four and a half to six hours away from Kyoto.

“[I have to] wipe all the tables [and] prepare all the chopsticks. They have to be wrapped individually,” Lee shares with Study International, as one of the many things on his daily to-do list.

“There will be bookings — so I have to prepare all the names of guests who are coming, put them on the tables, put on the booking signs [and] the reserve signs.”

The life he leads today is a drastic shift from his life as a mass communication student at Ngee Ann Polytechnic.

Upon graduation, he pursued political science while working as a documentary production assistant for Lianain Films, a Singapore-based company that focuses on documentaries. 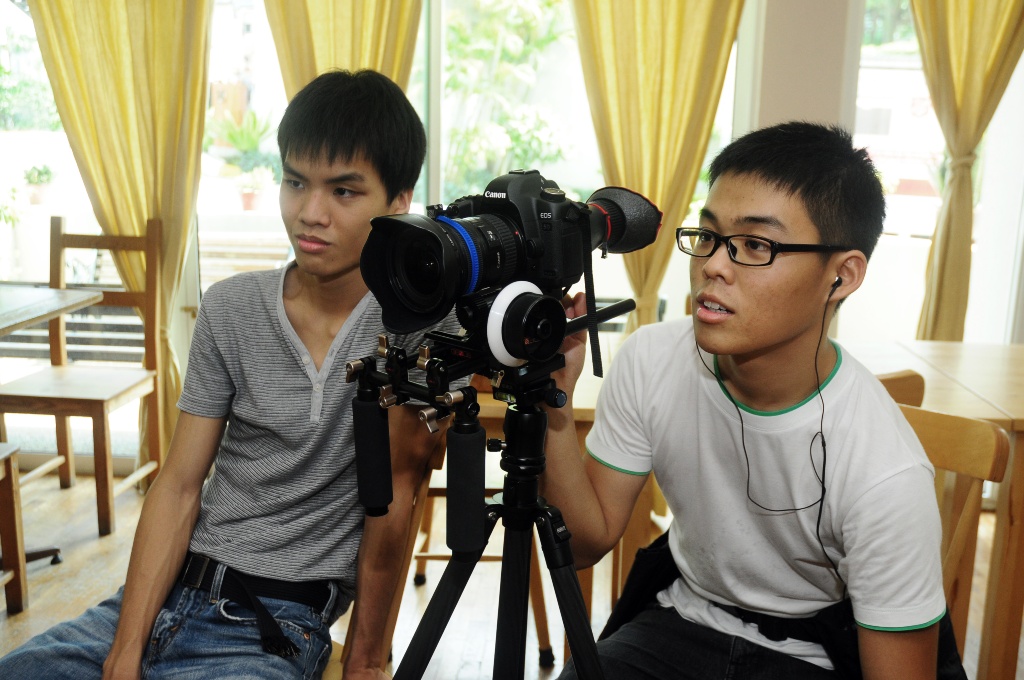 Jie (pictured on the right) on set filming “Before We Forget,” a documentary about two women with dementia and their families. Source: Lee Xian Jie

Growing up, he loved photography — so much so that he was the school photographer in secondary school.

That prompted him to consider studying mass communication as the Singaporean wanted to pursue his passion for working with a camera.

“I went to mass communication and that is when I touched video cameras,” says Lee.

“In those days, digital cameras were still diskette cameras, like those floppy disk cameras. It was nice touching real video cameras for the first as those things were very expensive.”

Lee was one of the last batches of students to learn how to develop black-and-white films, including cutting and pasting them together.

As the mass communication student worked on projects with his classmates from the Diploma in Film, Sound and Video course, he was keen on using a camera to tell real stories.

This led him to Lianain Films. His first project? Covering a story about weddings at South Korea’s Unification Church.

The church gained fame — and notoriety — in the 1970s and 1980s for holding mass weddings of thousands of followers, often from different countries.

Rev. Sun Myung Moon founded the church, and Lee saw him in person.

“My first day in Korea, I spent at the Unification Church wedding,” he says. “I was quite lucky to see him and see the whole thing and when the founder was around.” 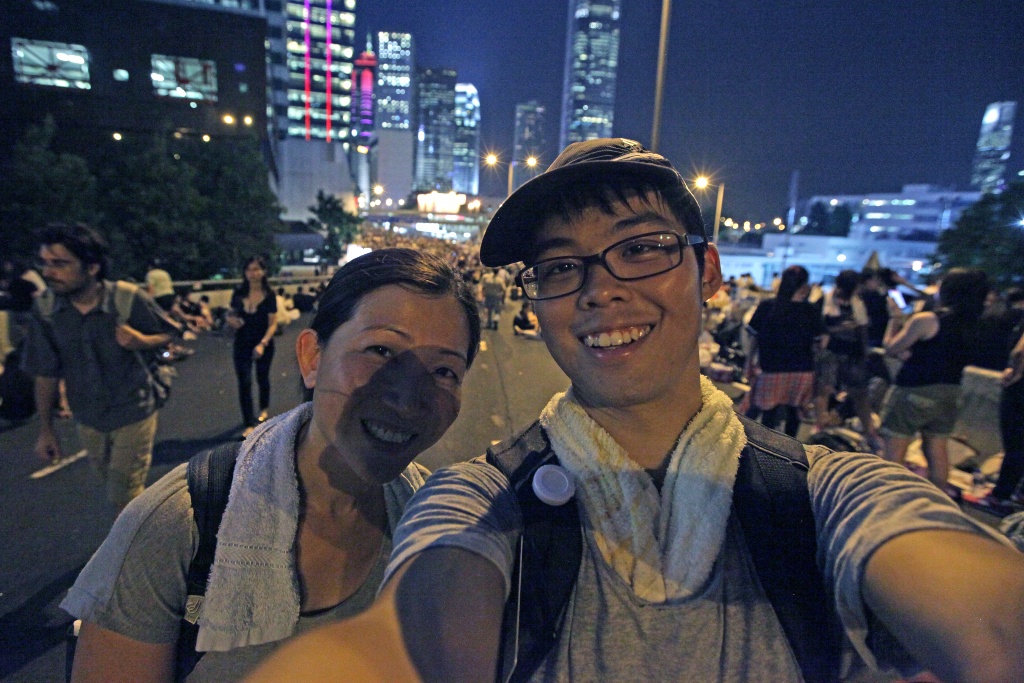 Jie (pictured on the right) skipped school at Waseda University to film the protest in Hong Kong, when the Umbrella Movement happened in 2014, after getting a call from Lynn Lee (pictured on the left) of Lianain Films. Source: Lee Xian Jie

As Jie continued his role as a documentary production assistant, the Singaporean found that he needed to improve his knowledge of political science.

“More and more of the stories that we were working on [was] about Chinese politics. Of course, it’s not just about China — it’s about Taiwan and Southeast Asia,” he explains.

“At the time, the Senkaku Islands conflict in Japan was a big thing.”

In Lee’s words, Japan was a “natural choice” since Waseda University opened its English programme for political science.

The institution is also one of the nation’s top institutions for studying the subject.

What’s more, his senior from Ngee Ann Polytechnic was in the course — and that gave him the confidence to make the switch.

The Singaporean had the chance to visit Waseda University before enrolling on the course.

“It was a small group of about 20 students. I sat in, found the class okay and the facilities were quite nice. Plus, it is in Shinjuku, which is one of the main cities in Tokyo,” he recalls.

Working with Lianain Films while studying for his political science degree provided him with an all-rounded experience.

Some projects include covering the first democratic elections in Wukan and filming a protest in Hong Kong during the Umbrella Movement. 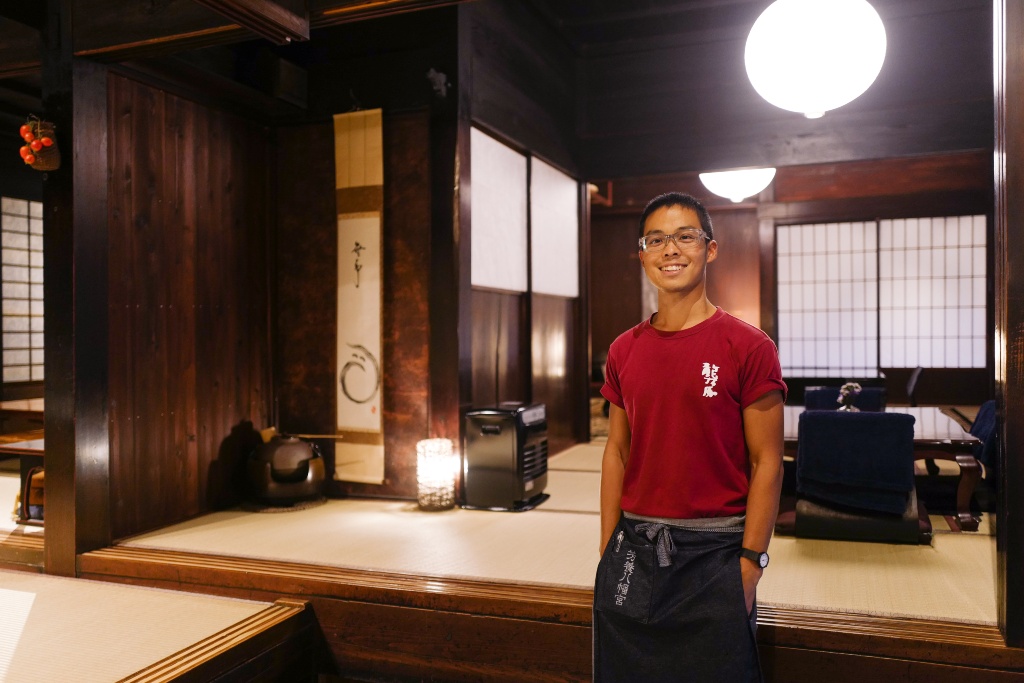 Jie managed to gather enough funds to renovate a 300-year-old Japanese house through the money he made from virtual tours hosted by his dog, Mori. Source: Lee Xian Jie

Since graduating from Waseda University, Lee has worn multiple hats.

From working at an IT company in Tokyo to being a tour guide, Jie found himself deep in the mountains of Japan — thanks to a chance meeting with a local named Shu.

Wanting to know how he made tea, the Singaporean travelled to Ryujin-mura (a village in the Wakayama prefecture of Japan).

“He brought me to where the tea was grown, which happened to be beside waterfalls, creeks and streams in the mountains. I thought one day [I would] move to the region when I’m old,” says Jie.

But COVID-19 happened — and tourism in Japan stopped. Setting up a guest house and cafe deep in the mountain was part of Lee’s plan to start a tour company at Ryujin-mura.

Now, he lives in a 300-year-old “kominka”, a traditional Japanese house, where he runs a cafe on Fridays and weekends — serving Singaporean food made with fresh local ingredients.

Jie has also documented the process of rebuilding the house on his YouTube channel, where he shares more about his life in the mountains.

Asked for advice for those contemplating switching their direction in life, he shares some words he received from an old lady at Fushimi Inari Shine: 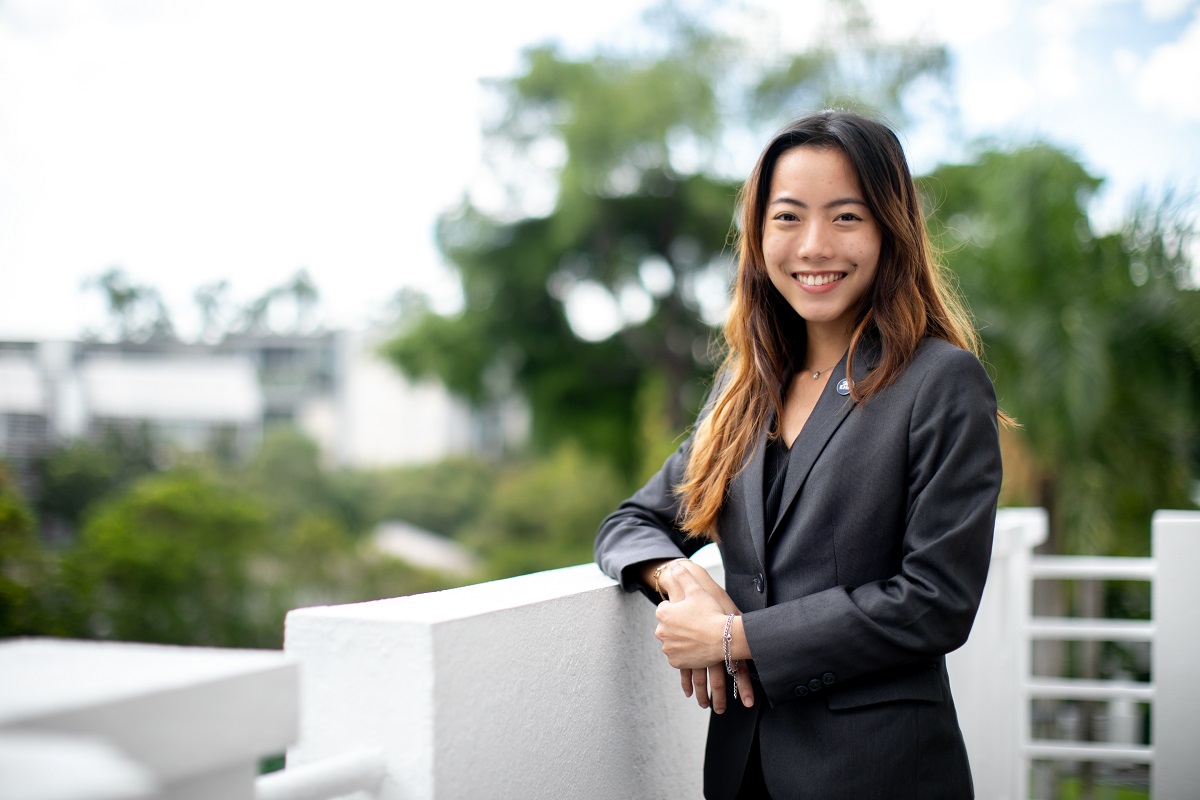 How to get a degree from a top Singaporean university 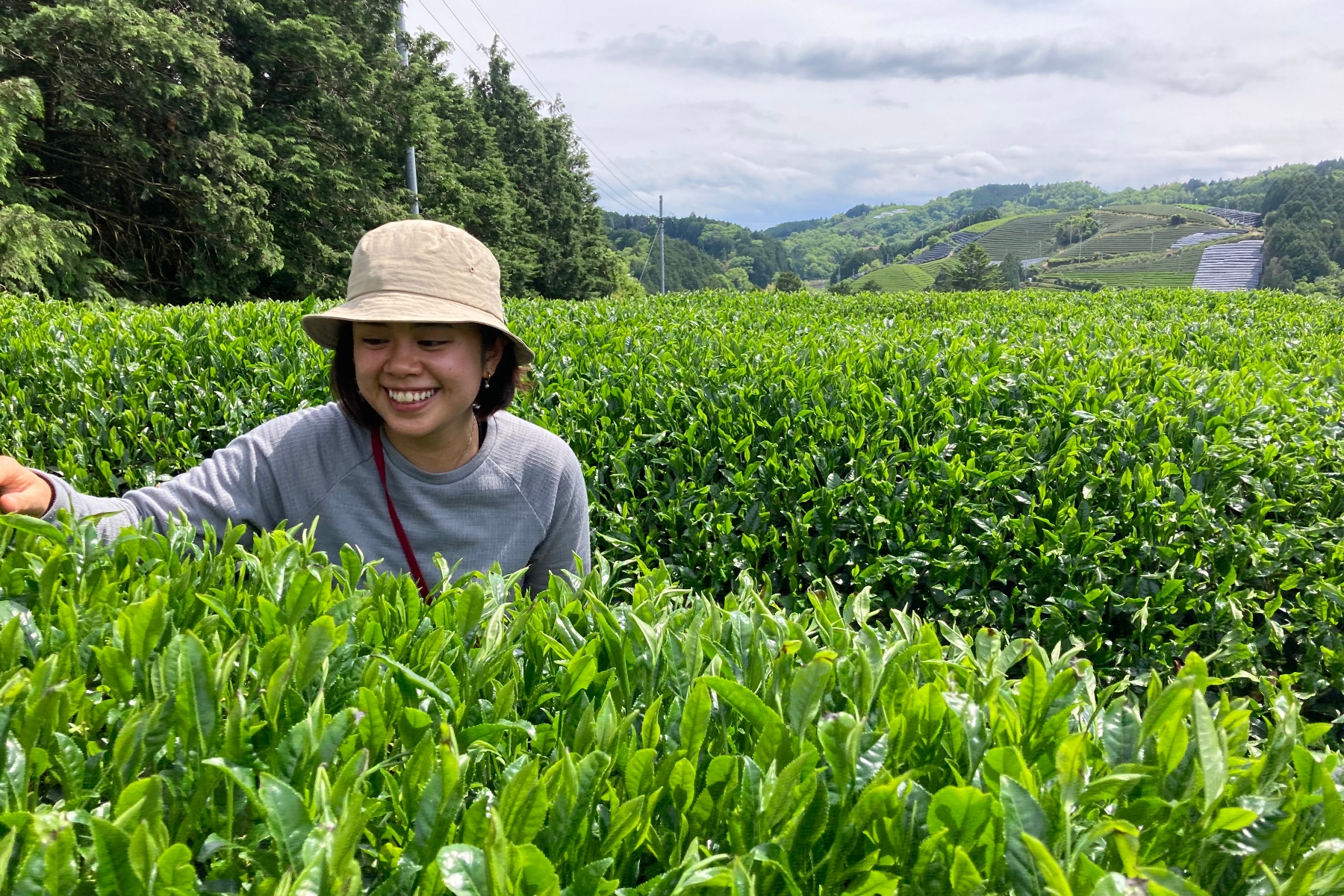 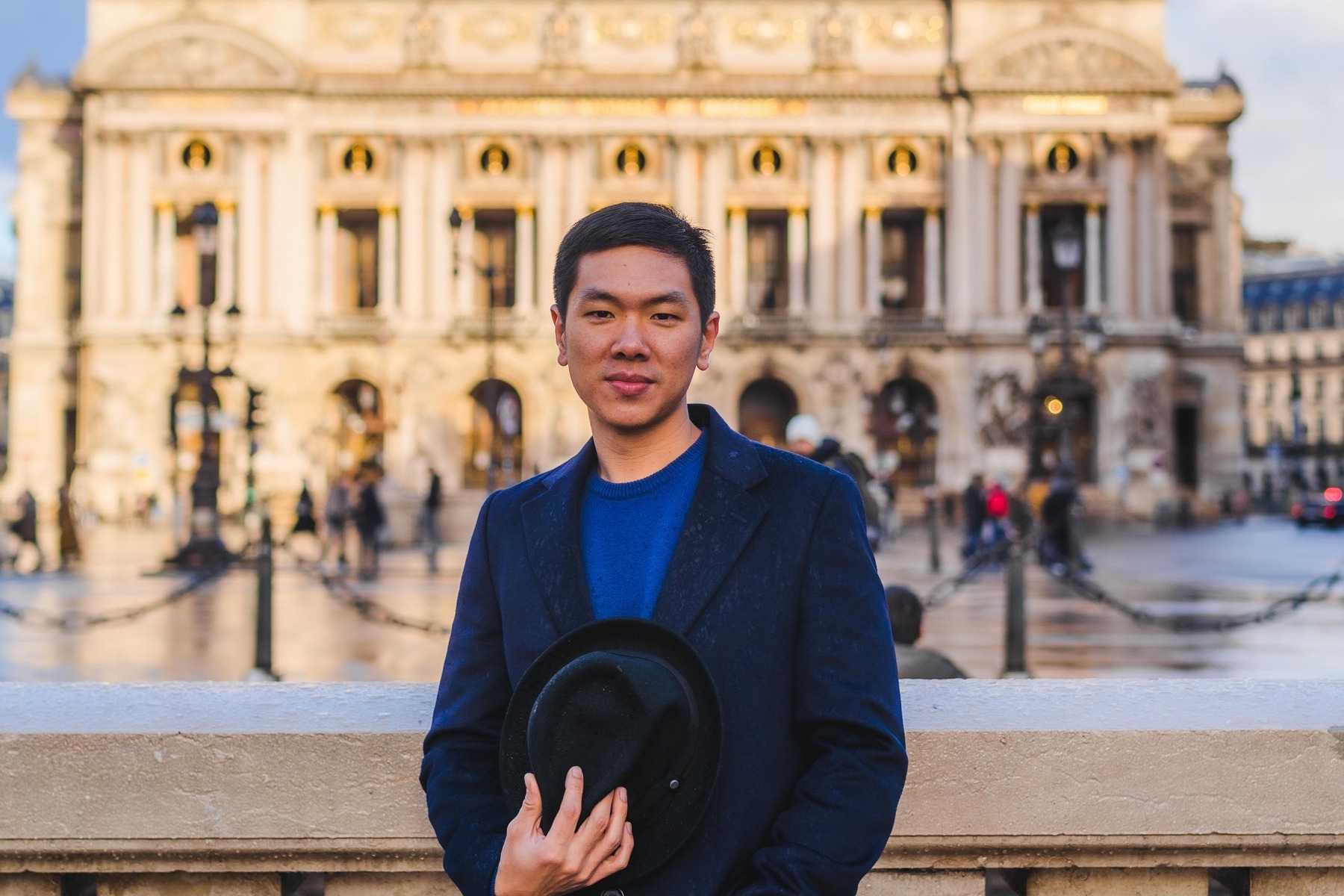