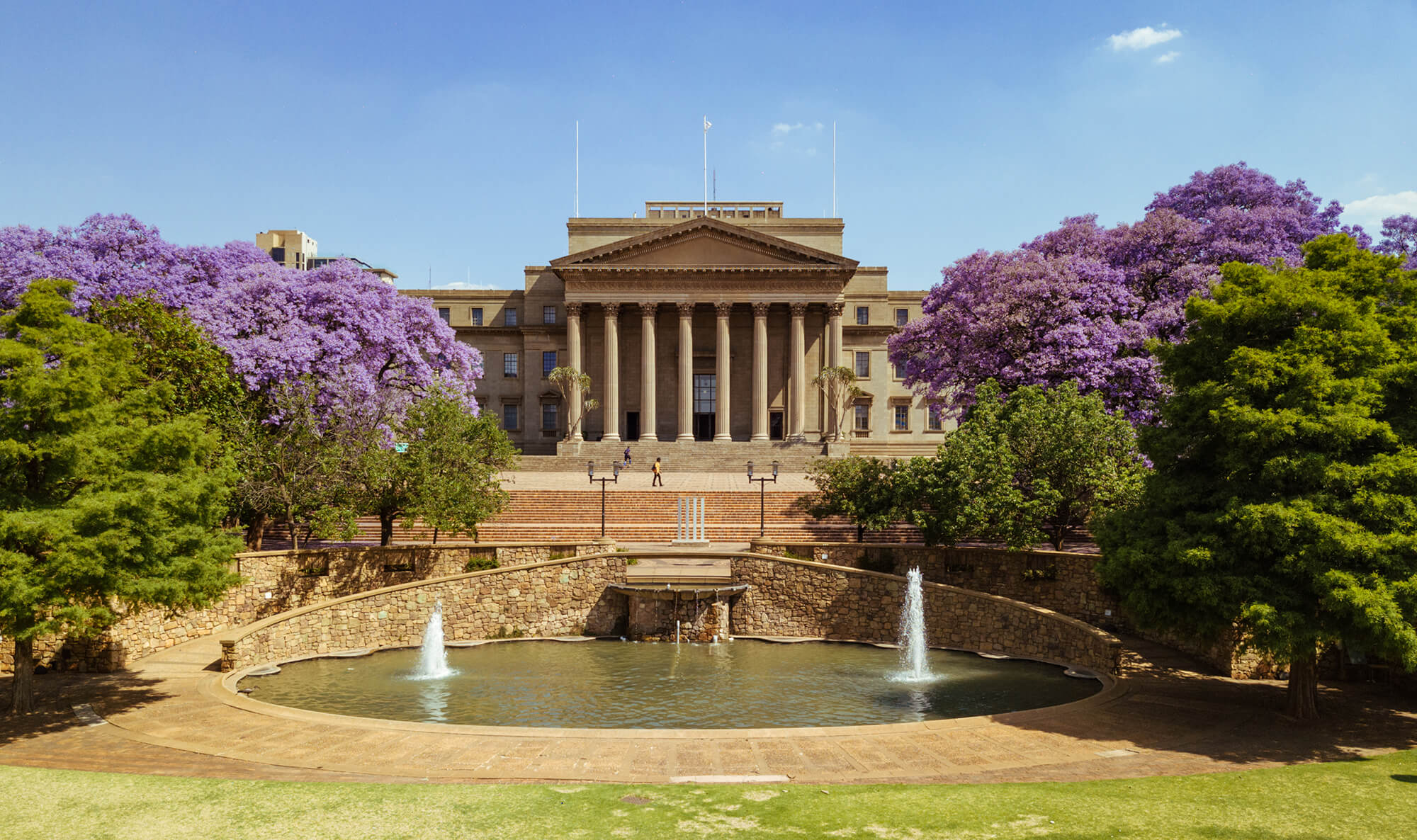 Promoted by University of the Witwatersrand

Quantum light has a bright future that is being seen in the progressive application of light at the Structured Light Laboratory of Wits University. It is redefining the future of data connectivity and heightening efficiencies in manufacturing while opening up novel scientific diagnostic tools in health care, amongst other sectors.

The Wits Structured Light Laboratory is primarily a photonics laboratory that has chosen to work in application within the field of Communications as it seeks to solve real world communications needs.

This is a laboratory for change makers with laser focus – literally – as here Distinguished Professor Andrew Forbes and his team of Wits School of Physics students discover, translate and innovate using patterns of light. Forbes is the youngest winner of the Gold Medal from the South African Institute of Physics (SAIP).

Next level potential of photonics

Photonics is enabling the next quantum leap for the world, says Forbes. “We are moving into the ‘Century of the Photon’ with implications of a brighter future. In the past century it was about controlling electrons, giving rise to micro-electronics (Silicon Valley and the like) but today our focus is on controlling the light. Photonic devices control this light and therefore we are steadily seeing photonics replace electronics.”

The dream is to create a “Silicon Valley” for quantum photonics here in South Africa. He explains that while quantum mechanics is a theory that has been in existence for over a century and has given birth to disruptive technologies such as the laser and the transistor, recent advances in the engineering of quantum states have given hope for a “second quantum revolution” to realise new technologies.

Building on the science of structured light

Not stopping at a factor of 100, the team went on to interrogate the next level by taking it to a factor of 1,000. With a vision to see new frontiers in communications, Forbes explains, “We want to make the communication channels faster. If you can get 1,000 patterns to work in the channel and each pattern is carrying the same capacity as today’s communications system, then you have instantly increased the bandwidth by 1,000.”

Not satisfied just with speed, Wits brought in the toolkit of quantum light (how to control single photons) and entangled states. “By bringing the two together we can make communications systems not only fast by using many patterns but also fundamentally secure by bringing in the quantum toolkit.” 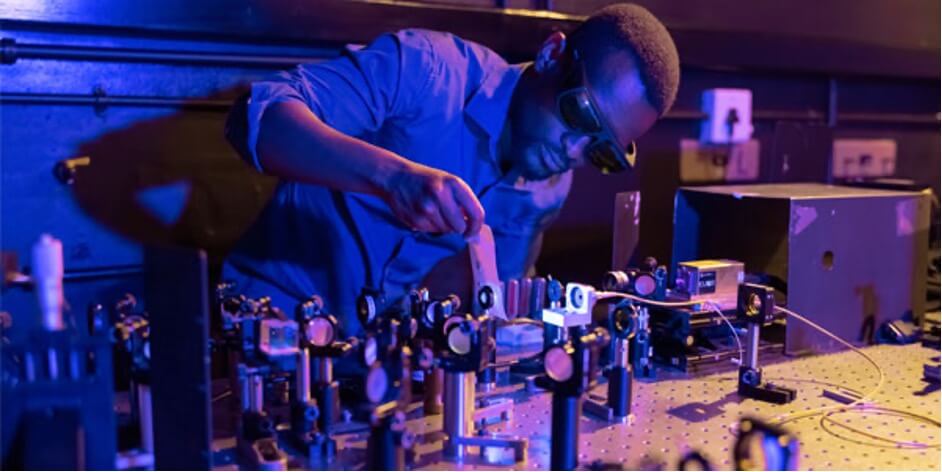 Issac Nape is a PhD candidate, specialising in classical and quantum optics supervised by Prof. Andrew Forbes in the Structured Light group

With everything being cyber and online it is necessary to make engagements and transactions secure. Forbes confirms the role of quantum physics in this equation, saying, “Knowing that no one can break a security code is imperative. The final piece of this puzzle is to use the quantum aspects of light to make information fundamentally secure. We use the laws of physics to make data more secure so that someone would have to break the laws of nature to break the code.”

Wits made a bold contribution in this space this year through pioneering a new quantum approach for sharing a secret amongst many parties, setting a new record for the highest dimensions and parties.

”When you think of networks you think of many connections, many parties who wish to share information and not just two. Now we know how to do this the quantum way,” he says. The result here is an example of the team pushing the state-of-the-art and bringing quantum communications closer to true network implementation.

Quantum Technology is a new growth industry for South Africa, Africa and worldwide. Wits University has taken its first steps to enable the industry through an initiative known as WitsQ.

The initiative, says Forbes, will strategically promote and advance Quantum Technology, bringing together stakeholders that are actively involved in this specialist field and those who wish to engage in quantum-related activities.

WitsQ has a focus on the research, innovation, business, education, outreach, and ethics of quantum technologies, creating a collaborative forum that includes the sciences, engineering, social sciences/humanities, health, and business. It will also contribute to training the next generation of scientists and researchers.

One of the ultimate goals of the Wits Structured Light Laboratory is to innovate, creating new industries and companies. We are not “training students” but rather building a quantum ”work force” for South Africa,” says Forbes. This requires a focus that gives students a high-tech environment in which to generate their new ideas and translate them into devices, and then a business model from which they are enabled to deliver that pipeline of devices to the market – a balance that will be sought through WitsQ.

“We must try to maximise impact, make a lasting impression on our field, and translate that into new economies for the country. The hope is for critical commercial and economic impact for the generations to come, and one through which we see a brilliant new spectrum of light ahead,” concludes Forbes.

Read More On University of the Witwatersrand

This is Tshimologong - Wits new digital innovation hub in Braamfontein 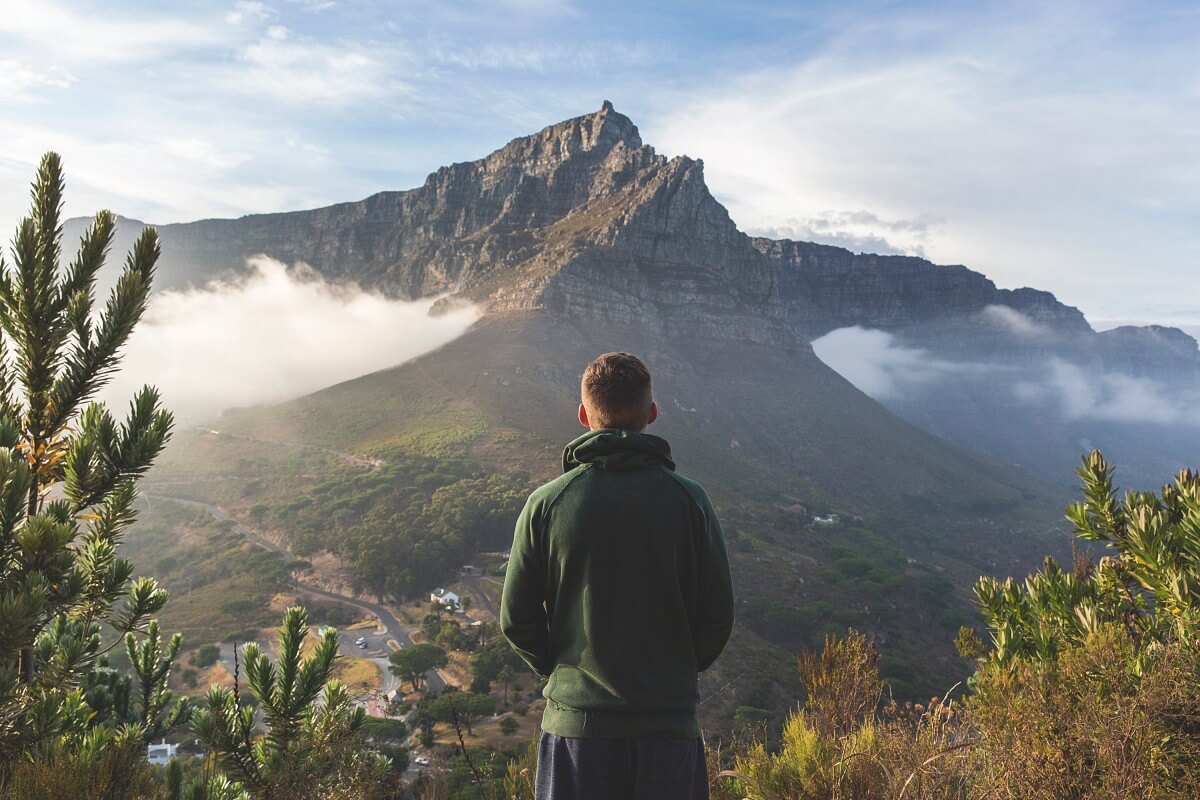 This is Tshimologong - Wits new digital innovation hub in Braamfontein